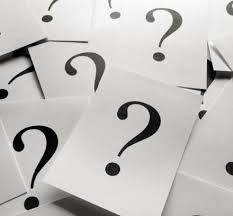 As I wrote last week I certainly do not need to invent compliance stories to blog about and even if I did no one would believe me. I was reminded of this once again last week when I read an article by Sam Rubenfeld, in the August 24, 2010 edition of the Wall Street Journal Corruptions Currents, entitled “Gulfsands In Business With Cousin Of Syrian President”. Rubenfeld reported that the London based company, with offices here in Houston, was working with a company controlled by Mr. Rami Makhlouf, reported to be the first cousin of the President of Syria.

Rubenfeld also referred to a Gulfsands Press Release dated on August 24, 2011; from the information presented in the Press Release, it would appear that Gulfsands has sustained quite a long relationship with Mr. Makhlouf. The release reported the following:

1.         Administrative Services Contract. The original agreement with Mr. Makhlouf, a company owned by the Makhlouf Interests was signed in 2000. Mr. Makhlouf was engaged by a Joint Venture (JV), which consisted of Ocean Energy (80% Owner) and Gulfsands (20% Owner). The original contract stated that Mr. Makhlouf would provide “various support and administrative services” to the JV. There is no total amount of monies paid under this agreement reported in the  Press Release but it reports that total fees paid “aggregate less than $250,000 per annum”. Further, the services agreement entered into with Mr. Makhlouf at that time was done under the oversight of Ocean Energy’s general counsel.

2.         The majority owner of the JV, Ocean Energy was acquired by another company, Devon. This acquisition occurred in 2003. Devon withdrew from the JV in 2005. So the 2000-2005 issues may fall on Devon as part of its acquisition of Ocean Energy.

4.         In addition to the above, the Press Release noted that “a company owned beneficially by Makhlouf Interests, owns 5.75% of the Company’s issued share capital. These shares were acquired in August 2007, at a premium to the then prevailing market price.”

5. Lastly, “The Group rents office premises in Damascus from a company owned beneficially by Makhlouf Interests. The lease is on terms negotiated at arms-length and considered normal for a commercial lease of this kind in Syria.”

So, whatever the relationship between Gulfsands and Mr. Makhlouf, they have been long standing and on-going. At least until August 24, 2011, when, as reported by Rubenfeld, Gulfsands said in the statement that it suspended all payments to interests of Makhlouf following sanctions imposed in May, and it “suspended the voting, dividend and transfer rights pertaining to the shares in Gulfsands held by Al Mashreq.”

So what does a compliance officer, or as Jim McGrath would say, ‘specialized outside counsel’ need to review here? Should counsel start with Gulfsands or maybe even Devon? Would it be the Administrative Services Contract or the Milestone Payment Contract? Should you analyze the payments made to Mr. Makhlouf to see if there is sufficient back up documentation to support these payments? What about the milestone payments? Do you review the office lease at all? Does the fact that the Administrative Services Contract was “under the oversight of Ocean Energy’s general counsel” at the time it was executed between the parties in any way protect Gulfsands? And last, but by no means least, should you contact and maybe self-disclose any of this to the Department of Justice? Questions, Questions and More Questions…

Venice and Compliance: Doing It the Old Fashioned Way

FCPA and Bribery Act Hotlines: Staying Out of Hot Water with Other Jurisdictions