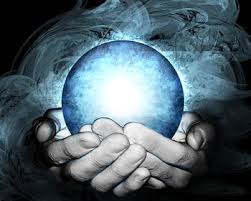 One the criticisms of the Foreign Corrupt Practices Act (FCPA) is that it provides little guidance as to what constitutes an instrumentality under the Act and attendant question of who is a foreign governmental official. One of the five points raised by the US Chamber of Commerce in its lobbying efforts to amend the FCPA is on this issue. In the Chamber’s White Paper, authored by Andrew Wiessmann and Alixandra Smith, entitled “Restoring Balance-Proposed Amendments to the Foreign Corrupt Practices Act”, they wrote that this lack of statutory guidance has led US companies to have “no way of knowing whether the FCPA applies” to a transaction because there is allegedly no way to know if a foreign governmental official is involved.

As reported by the FCPA Professor, in a post entitled “House Hearing-Overview and Observations”, Mukasey stated that the federal district court rulings in the Lindsey Manufacturing and Carson cases did very little to clarify the limits of the “foreign official” issue other than to say that whether an employee of an alleged state-owned or state-controlled enterprise could constitute a “foreign official” varied depending on the circumstances. Mukasey stated that leaving this issue in the hands of a jury in a criminal trial makes it “impossible” for companies to determine in advance who is a “foreign official” thereby increasing uncertainty and barriers to US business. According to Mukasey, “majority ownership is the most plausible threshold” for whether a state-owned or state-controlled enterprise constitutes a foreign government “instrumentality.”

In addition to the definitions found in the Lindsey Manufacturing and Carson cases, there has been the district court’s jury instruction in the recent trial of Joel Esquenazi and Carlos Rodriguez. This case involved the lengthy saga of the Haitian Telecom matter. In July, both men were found guilty by a Miami jury. In this post we will set out factors the courts have set out to define an instrumentality under the FCPA in these three cases. In our next post we analyze these factors to see what they have in common and what guidance, if any, that they may provide.

The court in Lindsey Manufacturing pointed to various characteristics of foreign government ‘instrumentalities’ that would provide coverage under the FCPA. The court listed five non-exclusive factors:

•           The entity provides a service to its citizens, in many cases to all the inhabitants of the country.

•           The entity is financed, at least in large measure, through governmental appropriations or through revenues obtained as a result of government-mandated taxes, licenses, fees or royalties, such as entrance fees to a national park.

•           The entity is vested with and exercises exclusive or controlling power to administer its designated functions.

•           The entity is widely perceived and understood to be performing official functions.

In Lindsey Manufacturing the foreign governmental entity at issue was the Mexican national electric company CFE. The trial court found that the entity had all of the characteristics listed in the five non-exclusive factors. It was created as a public entity; its governing Board consisted of high ranking government officials; CFE described itself as a government agency and it performed a function that the Mexican government itself said was a government function, the delivery of electricity.

In the Carson case, the court denied the “foreign official” challenge ruling that “the question of whether state-owned companies qualify as instrumentalities under the FCPA is a question of fact.” The court cited the following factual inquiries to determine whether a business entity constitutes a “government instrumentality” including:

(1)   The foreign state’s characterization of the entity and its employees;

(2)   The foreign state’s degree of control over the entity;

(3)   The purpose of the entity’s activities;

(4)   The entity’s obligations and privileges under the foreign state’s law, including whether the entity exercises exclusive or controlling power to administer its designated functions;

(5)   The circumstances surrounding the entity’s creation; and

(6)   The foreign state’s extent of ownership of the entity, including the level of financial support by the state (e.g., subsidies, special tax treatment, and loans).

The Court specifically noted that the factors were non-exclusive and no single factor is dispositive. Later, in its opinion, the court added additional guidance with the following, “Admittedly, a mere monetary investment in a business by the government may not be sufficient to transform the entity into a government instrumentality. But when a monetary investment is combined with additional factors that objectively indicate that the entity is being used as an instrumentality to carry out governmental objectives that business entity would qualify as a governmental instrumentality.” Lastly, as it is a factual inquiry, the question will go to the jury.

In the Esquenazi and Rodriguez case, the defendants challenged the Department of Justice’s (DOJ) foreign official interpretation and the DOJ. However, the district court denied the Motion to Dismiss with a short order which did not set out any factors for analysis. Nevertheless, the court did provide contested jury instructions on the definition. As reported by the FCPA Professor, the jury instructions were as follows.

(1) whether it provides services to the citizens and inhabitants of Haiti;

(3) the extent of Haiti’s ownership of Teleco, including whether the Haitian government owns a majority of Teleco’s shares or provides financial support such as subsidies, special tax treatment, loans or revenue from government-mandated fees;

(4) Teleco’s obligations and privileges under Haitian law, including whether Teleco exercises exclusive or controlling power to administer its designated functions; and

Tomorrow we will compare these factors and attempt to distill a formula which can bring the clarity that the Chamber of Commerce so desires.

Fraud and the Detection of the Sources for Bribery

The Sioux at Little Bighorn and Using Risk Going Forward