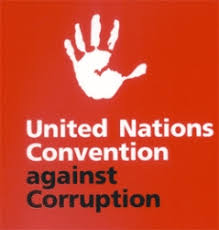 Ed. Note-Yesterday we began a two part series on the attempt by the NGO SERAP to invoke the United Nations Convention against Corruption on certain FCPA related matters. Today we conclude our series. This article is written jointly with my colleague, Mary Shaddock Jones. We have kept the article’s original numbering so we apologize for any confusion. Part I of this series may be viewed here.

How do we reconcile the various Articles under the UNCAC with the statements contained in the Nigerian Tribune? If the UN Convention does not grant individuals a private right of action under Article 35, then why would SERAP in the petition to the EFCC be referring to the UN Convention against Corruption? The two UNCAC articles appear to have a different focus.  Article 35 would appear to focus on permitting the entities or parties damaged by the bribery to have the ability to bring an action for damages within the country in which the bribery occurred.  To see how this works, we have substituted the word “Nigeria” in Article 35 instead of “Each State Party”:

“Nigeria (as a State party)  shall take such measures as may be necessary, in accordance with principles of its domestic law, to ensure that entities or persons who have suffered damage as a result of an act of corruption have the right to initiate legal proceedings against those responsible for that damage in order to obtain compensation.

Article 53 would appear to focus on the ability of those persons or entities damaged to recover proceeds or property from another “State Party” which may have collected the proceeds or property resulting from the corrupt act. Again, to better illustrate this premise, we have substituted the word “Nigeria” and “United States” in Article 53 instead of “Each State Party

The United States (as a “State Party”) shall, in accordance with its domestic law:

(a) Take such measures as may be necessary to permit  another State Party (i.e. Nigeria) to initiate civil action in its (i.e. United States) courts to establish title to or ownership of property acquired through the commission of an offence established in accordance with this Convention;

(b) Take such measures as may be necessary to permit its (i.e. United States)  courts to order those who have committed offences established in accordance with this Convention to pay compensation or damages to another State Party(i.e. Nigeria)   that has been harmed by such offences; and

(c) Take such measures as may be necessary to permit its courts (i.e. United States)  or competent authorities (i.e. DOJ/SEC?), when having to decide on confiscation, to recognize another State Party’s (i.e. Nigeria) claim as a legitimate owner of property acquired through the commission of an offence established in accordance with this Convention.

It may be that SERAP is attempting to force the EFCC to use Article 35 as the basis of an action in Nigerian courts against the companies who have entered into settlement agreements with the U.S., U.K. and/or Germany or Article 53 as the basis of an action in the U.S. against the U.S., (or U.K. and/or Germany) to recoup a part of the “bounty” collected as a means of “equalizing” the “disparity in payment of damages” as referenced in the SERAP article.  Remember- the response by the EFCC in Rasheed’s article was that ““The Economic and Financial Crimes Commission (EFCC) has agreed to seek further damages against multinational companies found to have violated Nigerian laws while operating the companies.” Is a threat of an Article 53 based enforcement action what is causing “ripples” in the DOJ?  It may well be so, because an action such as this would be a sea change in anti-bribery and anti-corruption enforcement. An enforcement action based upon Article 53 could allow a country such as Nigeria to come into a U.S. court and seek compensation from a U.S. company which has committed bribery in Nigeria or require the DOJ/SEC to recognize a foreign country which has ratified the UNCAC  as the “legitimate owner” of profits disgorged or fines and penalties paid to the U.S. government as a result of a FCPA violation.   We should note that Article 2 of the UNCAC defines “property” as “assets of every kind, whether corporeal or incorporeal, movable or immovable, tangible or intangible, and legal documents or instruments evidencing title to or interest in such assets”. It also defines “proceeds of crime” as “any property derived from or obtained, directly or indirectly, through the commission of an offence”.   We do not believe that the intent behind the definition of “property” or “Proceeds of crime” or of Article 53 to include U.S. fines and penalties imposed as a result of the crime.  It could, however, encompass any profits obtained as a result of the crime.

The US Foreign Corrupt Practices Act (FCPA) is a demand side solution to the issues of bribery and corruption. Stephanie Conner, writing in the FCPA Blog, has termed the FCPA as “a demand-side tool to reduce corruption in the developing world”. Hence there is no penalty for accepting a bribe under the FCPA. The FCPA simply aims to ensure that relevant actors do not provide monetary lifelines to the autocrats and oligarchs who will be threatened by the advancement of their people. The U.K. Bribery Act takes this concept a step further by making illegal both the offering and receipt of a bribe or other corrupt inducements.

In the petition, SERAP provides a laundry list of companies who have settled with the United States for actions arising out of the Foreign Corrupt Practices Act, but have not either been prosecuted by the EFCC or  have entered into what is described by SEROP as “paltry” settlements with Nigerian Government.

It may well be that SERAP is more concerned about the EFCC extracting more money from the “supply” side of the equation based upon announced settlement amounts with the United States than it is with prosecuting in-country government and public officials at the local, state and federal levels accountable for acts of corruption, i.e. the “demand” side of the equation.  If it is the latter, focusing on the demand side, we believe that this entirely appropriate and an effective mechanism to combat bribery and corruption. This is because the U.S, U.K. and Germany and other countries who have enforced their own anti-bribery and anti-corruption laws, cannot win the war against corruption on their own or even collectively through the “supply” side of the equation.  Nigeria, along with the other countries with high corruption indexes must focus on the “demand” side of the equation.   Bribery does not exist with out both – demand and supply.

However if SERAP’s Petition is simply brought to squeeze more money out of the “supply” side, we believe this focus is misplaced as  corruption will not be defeated without as much or more focus on the “demand” side.  The sad fact is that the demand for bribes in Nigeria is pervasive.  That is why it received the score of 2.4 in the 2010 Transparency International Corruption Perceptions Index. SERAP and the EFCC should focus on increasing the Nigerian governments’ efforts to investigate and prosecute corrupt government officials in their country who demand and accept bribes, as the next step towards removing bribery and corruption from international transactions.

Mary Shaddock Jones, Attorney at Law and former Assistant General Counsel and Director of Compliance at Global Industries, Ltd. can be reached via email at  msjones@msjllc.com or via phone at 337-515-8527 . I can be reached at tfox@tfoxlaw.com.

This article originally appeared on kyc.360.com, a site devoted to the Anti-Money Laundering community.

The Kokesh Decision – One Question Answered, Others Left Open

Lessons from Bill Belichick for the Compliance Practitioner