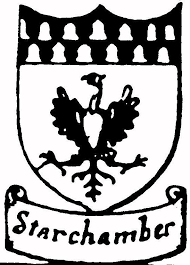 From time-to-time, I am fortunate to have a guest post on my blog by Mike Volkov which are always informative and provocative. Last Friday, Mike continued this tradition of both as he posed the question of whether the Department of Justice (DOJ) voluntary disclosure process operates as a “Star Chamber” for companies which self-disclose an actual or potential Foreign Corrupt Practices Act (FCPA) violation to the DOJ and Securities and Exchange Commission (SEC). He answered this question by noting that the DOJ “operates as a Star Chamber, defining and enforcing [the FCPA] without any meaningful judicial review.” He ends by stating “The absence of any such standards is unfair, breeds disparate treatment of similarly situated companies, and undermines the fair administration of justice.”

So once again I am inspired, by my “This Week in FCPA” colleague Howard Sklar, to the take the contrarian approach. I will attempt to respond to one of Mike’s comments and demonstrate that voluntary disclosure has significant benefits to a company which avails itself of this procedure. Further, I will conclude by arguing that neither the DOJ or SEC operates the voluntary disclosure process as a “Star Chamber.”

What was the “Star Chamber”?

So what was the “Star Chamber”? Although English legal scholars are not certain when it was initially established, the Star Chamber was made up of Privy Counselors, as well as common-law judges, and common-law and equity courts. It began as a supervisory body, overseeing the operations of lower courts, though its members could hear cases by direct appeal as well. The court was set up to ensure the fair enforcement of laws against prominent people, those so powerful that ordinary courts could never convict them of their crimes.

A second function of the Star Chamber was to act like a court of equity, which could impose punishment for actions which were deemed to be morally reprehensible, but not in violation of the letter of the law. This second function gave the Star Chamber great flexibility as it could punish offenders for any action which the court felt should be illegal even when in fact it was technically legal; however, it also meant that the justice imposed by the Star Chamber could be very arbitrary and subjective, and allowed the court to be used later on in its history as an instrument of oppression rather than for the purpose of for which it was intended.

However, these ancient precedents were later set aside by the Tudor and particularly Stuart kings. This created the modern usage of the term “Star Chamber” which is generally associated with strict, arbitrary rulings and secretive proceedings. I believe that this is what Mike referred to in his post.

I believe that there are clear, substantive and discrete benefits to voluntary disclosure which a company can receive from the DOJ and SEC. If there was any doubt to the financial benefits to this question, I believe that they were answered in the Johnson and Johnson (J&J) Deferred Prosecution Agreement (DPA). Listed under the section “Relevant Considerations” one of the reasons the DOJ entered into the DPA is the following:

So the self-disclosure was one of the reasons that the DOJ entered into the DPA, however, and perhaps more importantly, the self-disclosure brought to J&J a monetary benefit with a tangible reduction in its overall fine and penalty. The DPA reported a reduction by 5 points of the company’s overall Culpability Score with the following:

(g)(1) The organization, prior to an imminent threat of disclosure or government investigation, within a reasonably prompt time after becoming aware of the offense, reported the offense, fully cooperated, and clearly demonstrated recognition and affirmative acceptance of responsibility for its criminal conduct;  -5

It is not possible to determine from the DPA how much of the reduction was attributable to the self-disclosure and how much was attributed to the conduct thereafter. However, this precise language makes clear that the DOJ places a real value on such self-disclosures and companies should take this as a clear sign that, at the end of the day, it will be better for them to self-disclose.

One of the points that Mike makes is that “Clients lost all leverage when they enter the voluntary disclosure process.” I believe that there are significant “leverage” benefits gained by self-disclosure. Stephen Martin, my partner on the World-Check sponsored FCPA speaking tour, is a former federal prosecutor. He speaks about the FCPA from that perspective, while I speak about it form a civil side perspective. Stephen says the most important thing that a company can bring to the table when negotiating with the government is credibility. Credibility benefits can start with self-disclosure but it should continue throughout the entire process. If a company self-discloses and then cooperates with the government during the investigative process, it can lead to both a monetary reduction in the overall fine and penalty. But more than monetary benefits it creates the “leverage” that the company wants to do the right thing even if a FCPA violation has occurred within the company.

My colleague Mary Jones, former Assistant General Counsel and Director of Compliance for Global Industries (GI), speaks about her experiences with a multi-year FCPA process which had its genesis from the Panalpina matter.While many companies caught up in the Panalpina matter were assessed fines and penalties, after a thorough internal investigation, neither the SEC nor the DOJ chose to take any action against Global Industries. Mary speaks about going through negotiations with the DOJ and how she personally made presentations to the DOJ about robust nature of the GI compliance program and how she and the company’s General Counsel led a world-wide investigation team to determine if there were any additional problems after the Panalpina matter came to light. One of the things that Mary emphasizes was the complete cooperation by GI and “leveraging” the vigorous nature of its compliance program to the SEC and DOJ.

Indeed, the best example of this leveraging I can bring forward is the result achieved by RAE Systems, Inc. (RAE) last year when it received a NPA, after having actual knowledge of FCPA violations in two majority owned joint ventures in China. Even though RAE failed to follow the 2004 FCPA compliance best practices when it failed to engage in due diligence on one joint venture acquisition and even though RAE failed to take effective remedial measures with a second joint venture, after it became a corporate subsidiary, and after RAE had actual knowledge of FCPA violations; RAE did not receive a criminal charge against it. In its Letter Agreement to the NPA, the DOJ noted “…non-prosecution agreement based, in part, on the following factors: (a) RAE Systems’ timely, voluntary, and complete disclosure of the facts described in Appendix A; (b) RAE Systems’ thorough, real-time cooperation with the Department and the U.S. Securities and Exchange Commission (“SEC”); (c) the extensive remedial efforts already undertaken and to be undertaken by RAE Systems; and (d) RAE Systems’ commitment to submit periodic monitoring reports to the Department.”

I believe that this is “leveraging” that a company can bring to negotiations when it self-discloses a FCPA violation to the DOJ and that the RAE matter would appear to provide specific evidence of the benefits of such corporate conduct. The NPA reports that RAE had actual knowledge of FCPA violations yet no criminal charges were filed. Further, no ongoing external Corporate Monitor was required. Clearly RAE engaged in actions during the pendency of the investigation which persuaded the DOJ not to bring criminal charges.

Mike also raises other points, one being that the DOJ acts as “prosecutor, judge and jury” and “that no company can challenge the DOJ’s interpretation and enforcement positions regarding the meaning of the FCPA.” As to the latter I would only observe that no company is willing to challenge the DOJ’s interpretation and enforcement position but there are others who have fleshed this critique more fully, such as the FCPA Professor. As to the former point, in any negotiation with the DOJ, it is by its nature an adversarial proceeding. While certainly we in the compliance world would expect an element of justice to be taken into account in any negotiation with the DOJ, it is incumbent to remember that the DOJ represents the People of the United States and counsel for any company which self-discloses represents the company. To have the DOJ aggressively negotiate should not be a surprise.

Lastly, Mike states that “federal judges have been unwilling to question the Justice Department’s interpretation of the law.” I believe that this statement is correct and this is one area that I could only propose be expanded. All plea agreements are subject to court review. If the courts began to test some of these or require the DOJ to disclose its decision making calculus behind some of its legal interpretations, this would be something that companies could utilize to determine the parameters of potential FCPA exposure. So I would agree with Mike that there is no “meaning judicial review” of FCPA settlement agreements, but I do not believe this factor results in any “Star Chamber” proceedings by the DOJ.

I do not believe that voluntary self-disclosure throws a company into a “Star Chamber” with the DOJ or SEC. I believe that there are monetary and credibility reasons for self-disclosure which can bring tangible benefits. I believe that Mike correctly notes near the end of his post, “there are significant risks that a disgruntled employee, a whistleblower or a competitor may raise complaints that a company is engaging in illegal bribery activity. Most of the significant FCPA cases have been started through a whistleblower or disgruntled employee. That risk will be even greater in response to the SEC’s whistleblower bounty program.” Voluntary self-disclosure can reduce overall exposure before any of the above occurs. And finally, if you do get into FCPA hot water, you need to hire Mike to self-disclose to the DOJ and SEC.

Mike and I will continue setting out our respective positions on other issues. I hope you enjoy reading them as much as we enjoy writing them and that you will find them useful and informative.

I have been honored to be nominated as one of the Top 25 Business Blogs of 2011 by LexisNexis. If you would like to support my nomination, please comment on the announcement post on our Corporate & Securities Community

How FATF Recommendations on Anti-Money Laundering Inform Your Compliance Program

The Auditor’s Role in FCPA and UK Bribery Act Compliance