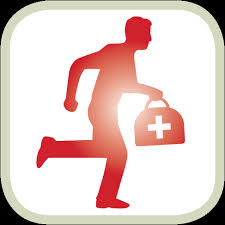 The time period that an internal whistleblower must wait before he or she can bring information to the Securities and Exchange Commission (SEC), under the Dodd-Frank Whistleblower provision, is within 120 days after the information has been internally reported to the company. Is your company ready for the speed in which an internal investigation must now be completed? It is not simply that an investigation has begun, which might somehow act to stay or provide a company a safe harbor. The investigation must be completed and a decision made on whether or not to report the results, if a violation of the Foreign Corrupt Practices Act (FCPA) is found, to the SEC. Not a decision ever to be taken lightly.

I have not been one of the corporate doomsayers in regards to the Dodd-Frank Whistleblower provisions. I generally believe that most employees do not want to report to the SEC or that they will run to the SEC to claim some far off chance at a bounty. I feel that most people take pride in their company and want it to succeed. (Of course if you fire an internal whistle-blower for blowing the whistle and then claim they were incompetent all along, well hell hath no fury like…) However, I may have to modify some of these views after reading an article in the Wednesday edition of the Wall Street Journal, entitled “Secret Informant Surfaces in BNY Currency Probe” by Carrick Mollenkamp.

In this article, Mollenkamp reported on informant Grant Wilson who, while working at Bank of New York Mellon Corp., (BNY), gathered information against his employer and provided documents to a whistleblower legal group, who then filed whistle-blower lawsuits against BNY. These lawsuits were later taken over or were used as the basis for other lawsuits filed by several states Attorneys General. Wilson’s input “culminated with the filing last week of separate civil lawsuits by the Justice Department in federal court…”

However, Wilson was no ordinary whistleblower. He was specifically recruited to be the insider and to provide such information by one Harry Markopolos, who was himself scorned by the SEC multiple times regarding his attempts to blow the whistle on Bernie Madoff to the SEC. (Think the SEC will not take him seriously the next time?) While the facts and circumstances of the various claims against BNY are very different from FCPA compliance, it does present a new twist on whistleblowing, that a person can be recruited in order to bring a civil claim. The Department of Justice (DOJ) has used confidential informants in white collar cases for some time.

However, Markopolos worked on the BNY case for several years and recruited Wilson 2 years before this last round of lawsuits were filed. The original lawsuits did not name Wilson as the whistleblower or ‘Relator’ in legal parlance. They were filed under the name of a Delaware partnership named “FX Analytics” to “provide anonymity for Wilson”. Further, the lawsuits were sealed. All total, the suits seek $2bn in from the bank and the whistleblower group can seek a share “of as much as 25% of the recovery”.

The old example of a whistleblower was generally thought to be of a disgruntled employee who had inside information or an employee who brought information to management and was terminated for their efforts. The BNY case provides a concrete example of a new type of whistleblower. Here you had an effort, for literally years, with recruitment of an employee with intimate knowledge of a company’s operations to provide ‘insider-information’. Could such an example be brought to other types of whistleblower actions and reports?

So does the BNY matter relate to Dodd-Frank Whistleblowers? It may be that such private efforts come from the civil side of the Bar, rather than direct reports to the DOJ. If your company does not perform an investigation within 120 days or more importantly, if the company does not report to the SEC within 120 days and the whistleblower does, the whistleblower can receive retroactive credit back to the original date of internal reporting. This may well be something of monetary value to a whistleblower’s group like the one which filed the lawsuit against BNY. Also, and more ominously suggested by the BNY matter, an aggressive plaintiff’s lawyer could claim that such failure get the investigation completed might be an indication of lost evidence, spoliation or simply that the company had a lack of commitment to compliance that it could not or would not dedicate the resources necessary to comply with the FCPA. The failure to report might be further evidence of nefarious intent.

So what can a company do in response? The first thing might be to determine 120 days from each internal whistleblower complaint that comes in and diary that date. The Compliance Department or Legal Department needs to respond very, very quickly to any allegations. In an article by Paul Koepp, entitled “Whistle-Blower Cases May Jump with New SEC Rules BIG Bounties”, he interviewed Russ Berland and Brian O’Bleness, of the law firm of Stinson Morrison Hecker LLP which has set up a Whistle-Blower Investigation and Response Team. Their response team is designed to bring in outside professional resources, to supplement those a company might (or might not) have available in-house, to meet these time sensitive deadlines under Dodd-Frank. This is a step beyond what Jim McGrath writes about regarding the need to bring specialized investigative counsel in to handle a matter. Your company needs specialized counsel and a response team ready to go. Stinson Morrison’s creation of such a team may well fill that need.

EADS and Tales of Whistleblowers: A Compliance Nightmare?

Compliance into the Weeds-Episode 74, Continued Fallout from Somers

"The time period that an internal whistleblower must wait before he or she can bring information to the Securities and Exchange Commission (SEC) under the Dodd-Frank Whistleblower provision is within 120 days after the information has been internally reported to the company." That's not how the 120 day window works. The internal whistleblower doesn't have to wait at all, he can go directly to the SEC at any time. The 120 day window allows an internal whistleblower to report internally to the company and also file at any time with the SEC within the 120 day window to still get credit for being the first one in the door with his unique information, with the clocked stopped upon first notice to the company. This is intended to allow an employee to file first with the company and let the company do an internal investigation while he then has all the protections under Dodd Frank. Companies hope that employees do this and give them the opportunity to investigate internally and perhaps self-report; in any event the internal whistleblower has stopped the clock and will be paid if the matter is successfully enforced for a penalty of $1m or more. This was a nod to companies who complained to the SEC that a 'race to report' would incentivize the employee to bypass internal channels. This way, the employee has a choice and the result (right to potential monetary reward) is the same. Companies therefore have as job 1 the creation of an environment where employees naturally choose to report internally because it is a safe, open channel and they are engaged and want to do the right thing. I still am not in the camp where all employees are mercenaries and are looking to become federal whistleblowers. Most just want to do their jobs, work for a good company, and live their lives. Becoming a federal whistleblower is a whole different path and no guarantee to riches and fame. I do agree that companies need to understand the 120 day window for a number of reasons, not the least of which is that certain "excluded" parties such as internal audit, lawyers and compliance personnel may become whistleblowers if the matter is not resolved within that window. Wise companies will have taken a hard look at their internal investigation processes to close the gaps, and modified how they manage internal reports and reporters in collaboration with HR and Legal. Here's an article I wrote with Pat Gnazzo on this topic: http://compliancestrategists.net/sitebuildercontent/sitebuilderfiles/scce.df301.gnazzoboehme.pdf