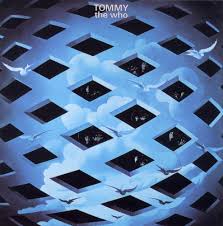 I was lucky to see Roger Daltrey perform the rock opera Tommy this past weekend. For those of you who do not know the story line, it is about a boy who becomes deaf, dumb and blind due to a trauma but later regains all three senses, largely through looking into a mirror. I thought about the metaphor of looking into a mirror but seeing something different while reading an article in the most recent issue of the ABA Business Torts Litigation Section Newsletter, entitled “Use of the FCPA in State-Law Unfair Competition Cases”, Edward Little, Jr. explores the question of whether the Foreign Corrupt Practices Act (FCPA) can serve as the basis for a predicate act for civil liability under state unfair competition laws. He makes a powerful case that such lawsuits may be the next frontier for FCPA cases.

Little begins with a background review of the FCPA and then moves to cases currently en vogue which use a FCPA violation as a trigger to prove a violation of additional civil relief under other state or federal laws. He notes the prime example is currently shareholder derivative actions where shareholders are essentially “standing in the shoes of the company and alleging that the directors harmed the company by engaging themselves in FCPA violations or failing to take steps to prevent violations by subordinates.” Although settled after Little’s article was published, the most recent prime example of this phenomenon was the settlement of the SciClone Pharmaceutical case, which was announced last week.

Little next noted that the violation of the FCPA may provide a basis for civil liability under federal or state anti-trust laws, “especially when it is proved that the foreign bribery had an anti-competitive effect within the United States.” Little pointed to the example of two Phillip Morris subsidiaries which bribed officials in several South American countries “to obtain price controls on tobacco.” There was also a recent FCPA/anti-trust enforcement action against Bridgestone which may provide such a trigger.

Little turned to state unfair competition laws which, if based on the Revised Uniform Deceptive Trade Practices Act, can “provide severe penalties for violations of federal and state laws when committed in trade or commerce.” These penalties can include treble damages and attorneys’ fees. He pointed to a currently pending litigation matter styled “Newmarket Corp. v. Innospec, Inc. Civil Action No. 10-503-HEH (E.D Va.)” in which Newmarket has brought claims under the Sherman Act, the Robinson-Patman Act and the state of Virginia Business Conspiracy Act. This state law makes illegal “combinations of two or more persons for the purpose of willfully and maliciously injuring another in his…business…”

Little concludes his article by stating that since the FCPA does not provide a private right of action, companies damaged by conduct made illegal under the FCPA “will likely turn to state law remedies” to seek redress. This can be especially so where the recalcitrant party admits to guilt and obtains a Deferred Prosecution Agreement (DPA). He ends by stating that “plaintiffs have a strong incentive to argue that the bribery of foreign officials has harmed them domestically and [such conduct] constitutes unfair competition that broad state statutes were designed to prevent.”

Most states have some type of law which broadly declares that “unfair methods of competition are…unlawful.” If a company admits to guilt under the FCPA the facts of liability are laid out in the DPA. There is some discussion of the amount of bribes paid, usually referencing both the monetary value of the contract or other business obtained through the conduct, which laid the predicate for the FCPA violation. Lastly, there is often a specific amount of money identified as profit disgorgement that is remitted to the government. Doesn’t this sound something like “Did the defendant engage in illegal conduct which impacted the plaintiff?” and “If so, what are the plaintiff’s damages?”