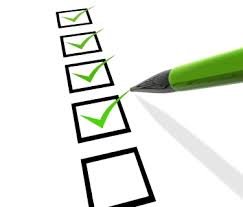 Most readers of this blog will be familiar with the Lindsey Manufacturing and Esquenazi Rodriguez prosecutions earlier this year. Both sets of individual defendants in these cases were convicted of violating the Foreign Corrupt Practices Act (FCPA). These convictions were what the FCPA Blog called, “quick verdicts”. There was also the first of four groups of defendants tried in the Gun Sting case. In this case the jury deliberated for five days before the judge declared a mistrial. The second group of defendants is currently in trial.

While the Lindsey Manufacturing defendants have yet to be sentenced, Joel Esquenazi was sentenced to 15 years in prison and Carlos Rodriguez received a sentence of seven years. The John O’Shea case, which was set to go to trial this week here in Houston has been delayed until January, 2012 and the individual defendants in the Control Components case, US v. Carson, are scheduled to go to trial next spring. So there is an increase in the number of individuals going to trial and the length of their sentences, with apparently more to come.

An article in the September issue of The Champion, the monthly magazine of National Association of Criminal Defense Lawyers, entitled “You Mean You’re Really Going to Try an FCPA Case?” authors Timothy O’Toole and Andrew Wise provide “a checklist of defenses that should be explored” if an individual finds himself in such a prosecution. They list some of the defenses that might be raised.

While the trial judge in the Carson case made a ruling on the defense claim of who might be a foreign official under the FCPA, the authors believe that the factor listed requires a “complicated analysis and are difficult to apply.” Therefore, with “the absence of any appellate precedent, it remains to be seen whether this fact-based analysis will prevail or whether courts will ultimately accept the Carson defendants’ argument that employees of a state-owned business enterprise are not, as a matter of law, ’foreign officials’ under the FCPA.” This would allow such a defense to at least be explored.

This defense might be available where the amount of the alleged bribe made is small and is made to obtain a “routine, ministerial act…” However, the authors note that the line between a bribe and a facilitation payment is a “blurry one” and the Department of Justice (DOJ) considers this exception to “quite narrow.” I would also add that any payment where the facilitation defense is claimed should not be recurring.

This defense might arise where the defendant is alleged to “have paid for travel as well as room and board for foreign governmental officials coming to the United States.” However, the FCPA specifically requires that such payments under the exception to the FCPA might be “reasonable and bona fide”. The authors note that if you took foreign government officials to Disneyland and your employer is not the Walt Disney Corporation that this defense is not available to you by stating, “The more the trip looks like a routine business trip, and the more that the company itself pays for meal and lodging expenses directly, the more viable the defense becomes.” If you have taken the foreign officials to your plant for a visit, have paid for coach travel and have not paid for wives or other family members, this defense might be available. The overall key is reasonableness.

The authors note that “The FCPA also contains an affirmative defense for payments to foreign officials that are ’lawful under the written laws and regulations’ of the foreign country.” However, there is no country in the world which allows the bribery of its governmental officials so there has never been a successful invocation of this defense.

The jurisdiction of the FCPA is quite broad reaching any US company, US citizen, anywhere in the world, and any employee of any US company; all for “acts that take place entirely outside of the United States.” The authors note that even with this very wide application, the DOJ interprets this jurisdictional base quite broadly so that “enforcement authorities have based jurisdictional claims entirely on foreign wire transfers denominated in U.S. dollars, under the theory that such transfers proceed through a correspondent bank account in New York.” This may be quite a difficult defense to raise.

Recognizing that the first two elements are more or less straightforward, the authors argue that the third element is “more difficult to apply both because it often involves administrative action similar to the circumstances in which facilitating payments can be made, and because there is confusion about the meaning of the ’obtaining or retaining business’ requirement.” This is the “business nexus requirement.” The authors believe that the case which has the most thorough discussion of the business nexus requirement, the Kay case, “provides little clarity about the scope of the FCPA’s reach other than to suggest that the government must prove a ‘business nexus’ beyond a reasonable doubt.” Due to this lack of “clarity” the authors posit that the business nexus requirement is one that defendants “should pursue both through pretrial motions and potentially as a fact-based defense before the jury.”

This requires that any payment made to a foreign governmental official is made knowing “that all or part of the money would be used to bribe” such foreign official. As the FCPA is a criminal statute, the government “must prove beyond a reasonable doubt that the required mental state coexisted with the proscribed act, i.e., that the defendant acted with the requisite ‘corrupt intent’ when the alleged misconduct occurred.” However, the government also can invoke the “willful blindness” doctrine which the authors define as a doctrine that “merely allows a finding of ’knowledge’ and ’willfulness’ in a situation where the evidence shows the defendant ’actually knew but he refrained from obtaining final confirmation’”. The authors argue that the mens rea defense is important in defending high level company officials when bribes were paid by a lower level employee or an agent.

This is reserved for cases which might be similar to the Gun Sting case in which the government engages in an undercover sting to obtain indictments for violation of the FCPA. Recognizing that this defense will never be an “easy one” it may be “an easier one to pursue in white collar cases than blue collar cases due to the potential differences with regard to predisposition evidence.” Also, as was found after the mistrial in the first Gun Sting trial, juries may be sympathetic to situations where the government creates an entire scenario which the defendant may have believed such conduct was not illegal. Contrast this with the recent conviction of Raj Rajaratnam where the case involved wiretaps but was not an undercover sting operation with an entire business opportunity created by the government.

I found this article though provoking and quite interesting that it should be in the monthly magazine of the National Association of Criminal Defense Lawyers. I do believe that there will be an increase in the prosecution of individuals under the FCPA as there is an outcry for such prosecutions even from Congress.

This Week in FCPA-Episode 221– the Remembrance edition

What is Board Responsibility For Compliance?