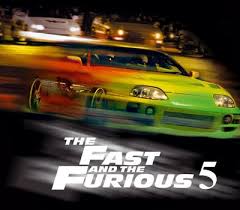 I recently saw the latest installment of the Fast and Furious franchise, entitled “Fast Five”. In this installment, Vin Diesel as Dominic Toretto and Paul Walker as Brian O’Conner led a team which steals over $100 million from a Brazilian crime boss. One of the storylines of the movie is that this crime boss has corrupted the Rio police force through bribery. Of course this movie is fiction but one of the legacies of the most recent former Brazilian President, Luiz Inάcia Lula da Silva, is one of systemic corruption at the highest levels of power in the country. Sometimes truth is stranger than fiction indeed.

In a recent article in the Wall Street Journal (WSJ), entitled “Brazil Corruption Ills Expose Underside of Lula Legacy”, Paulo Prada reported on the corruption scandal which has engulfed the Cabinet of the current President (and handpicked successor of Mr. da Silva), Dimla Rousseff.  Prada reported that since June of this year, the following Cabinet Ministers have resigned amid the following allegations for the subsequent reasons (a/k/a the Corruption and Resignation Box Score)

So if the Labor Minister resigns sometime this month it will be a stunning 6 for 6 over the past 6 months. What kind of odds do you think any Las Vegas casino would have given for that Pick 6 in May? Indeed, do you believe that any casino in Brazil would have even put such a Pick 6 on the odds board? While noting that “Corruption is nothing new in Latin American politics and certainly not in its biggest country”, this type and pattern of corruption would certainly appear to be breathtaking. Prada noted that the cost to Brazil for bribery is estimated to be 2% of the country’s economy or over $48 billion.

What does all this mean for a US company doing business in Brazil? A compliance practitioner would hope that any such company would at least be cognizant of this amount of reported corruption. The Transparency International 2010 Corruption Perceptions Index gives Brazil a rating of 3.7. Although this score is only the “perception” of corruption, it is certainly not the best of scores. On a more general note, the recently released Chadbourne Compliance Quarterly Special Report, authored by Scott Peeler entitled “A Study of Individual Liability under the Foreign Corrupt Practices Act”, listed the region where the most Foreign Corrupt Practices Act (FCPA) violations occurred as Mexico, Central and South America.

If there is an American company which is doing business in Brazil and is not aware of such information and findings, then its compliance program should be nimble and agile enough to recognize Brazil as a country in which the risk of FCPA violations could well be high and that management of such FCPA risk should be moved up a notch or two. The recognition of such increased risk is precisely what a Risk Assessment is designed to flesh out by looking at a variety of factors such as (1) Geography – where does your Company do business; (2) Interaction with types and levels of Governments; (3) Industrial Sector of Operations; (4) Involvement with Joint Ventures; (5) Licenses and Permits in Operations; (6) Degree of Government Oversight; and (7) Volume and Importance of Goods and Personnel Going Through Customs and Immigration. If your company meets some or all of these criteria, you next need to assess the robustness of your compliance program as it applies to and in Brazil. You may also want to do some internal controls testing and internal auditing to see if you have any issues with your Brazilian operations today.

After performing the Risk Assessment, my next suggestion would be to read Matt Ellis’ recent 4-part series on “Doing Business in Brazil” on his blog FCPAméricas. Matt has a ton of experience working in Brazil and he is fluent in Portuguese and Spanish. Lastly, give Matt a call and put him on retainer, you will need him.

As great as the business opportunities are in Brazil today, they are getting ready to explode with the upcoming 2014 World Cup and 2016 Olympics. There will be many, many American companies which have not done work in Brazil previously, who will be bidding on and/or doing work for these events. All of this bidding and work will be directly or indirectly for the Brazilian government so any company doing work on either of these two world class events should assume the FCPA applies in each and every transaction. Remember, the promise of a bribe equals actually paying a bribe under the FCPA. The bottom line for any US company doing or considering doing business in Brazil is that the reward may be great but the risks are equally great. But with all things FCPA, it is a risk and that risk can be managed. Compliance Departments are not, nor should they be, “The Land of No”. They exist to help companies manage the risk of FCPA compliance.

Episode 23 of This Week in FCPA is up. Check Howard Sklar and myself as we discuss the Lanny Breuer speech at the ACI National FCPA Conference, Olympus, the Bribery Act and more.

Lessons from Bill Belichick for the Compliance Practitioner

The FIFA Indictments and Travel Act Prosecutions under the FCPA

This Week in FCPA-Episode 168 – the Chosen One edition