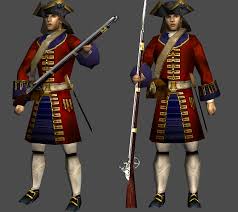 Most people think that England went to war against France in the War of the Spanish Succession to prevent French King Louis XIV’s attempt to place his son on the Spanish throne after the death of the final Spanish Habsburg, Carlos II. Clearly the uniting of the crowns of France and Spain at that time would have dramatically shifted the balance of power in Europe in favor of the French ruling family, the Bourbons. However, this was not the reason that England went to war against France. Louis XIV also recognized ‘The Old Pretender’ James III, as the King of England and had France been successful in this war, all of the rights gained in England from the Glorious Revolution of 1688 forward would have been lost.

So how does this relate Foreign Corrupt Practices Act (FCPA) compliance? It is the lesson that that all is not as it may appear at first blush. In an article in the November issue of the ACC Docket, entitled “Wearing Two Hats-In-House Counsel and Compliance Officer”, author Amy Hutchins joins the continuing debate of whether a General Counsel (GC) should also be a company’s Chief Compliance Office (CCO). She reviews certain cases involving the health care industry and touches upon the Federal Sentencing Guidelines which require that “High-level personnel shall ensure that the organization has an effective compliance and ethics program.”

Going beyond all of the legal requirements, Hutchins focuses on some of the practical realities of a GC also acting as a CCO. She believes that while the skills needed to be a good GC are widely understood, the compliance function is not as well understood. She likens it to a “program that needs management.” This is because compliance may be more closely akin to program management, with coordination needed across multiple functions or divisions. The implementation of major initiatives requires skills that are not necessarily essential to an in-house counsel, but are mandatory for an effective compliance officer. Hutchins adds that some of the skills necessary for a CCO include strong interpersonal skills, the ability to listen and discretion but, most importantly, the compliance practitioner must be more proactive than reactive. They must stay away from what Mike Volkov calls the “Dr. No perception” which he characterizes as taking “refuge in mechanical, non-creative thinking.”

Hutchins recognizes that in smaller companies the roles of GC and CCO may be united out of necessity. However, this joining of the two roles may not allow said person to perform the full panoply of services required by a CCO; drafting policies and procedures and a Code of Conduct; performing Risk Assessments; handling investigations; developing and conducting training; all while fulfilling the role of GC. I would argue that the same is true in a larger company as well. The GC already has a day job. If you give the GC another day job you run the risk of neither being done as well as is needed.

Yet Hutchins raises another issue that may not be as well recognized or as well thought through. Hence the War of the Spanish Succession and all may not be as it appears at first blush. This is because a GC often prefers to keep issues in-house and “not take on the responsibility of reporting to an enforcement agency.” Recognizing that such a decision is not made lightly or without thorough discussions, if the GC is also the CCO, “In difficult situations, a CCO’s perspective about a controversial transaction or event would obviously go unnoticed, if that person was also serving as the GC who happened to agree with executive management.” Hutchins concludes by noting, even the attorney who balances the two roles “will face the challenges of conflicts and the consequences of the silent compliance voice when defaulting to the professional responsibility obligations of the legal profession.”

Does the FCPA Apply to Retailers? Ask Wal-Mart (or Aaron Murphy)