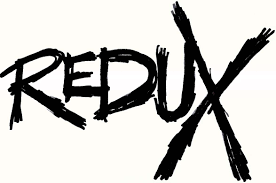 There are times when facts which arise out of non-compliance matters can make excellent learning points for the compliance practitioner. The Olympus matter has become such a staple of teaching opportunities. It initially appeared that the primary lessons learned were (1) Do not pay one or two person agents and for an amount of work which is questionable; (2) Do not pay one or two person agents a commission which is unusually high amount of money and have them close up shop soon thereafter; and (3) Do not fire your whistle-blowing Chief Executive Officer (CEO) who desires to report such activity to the appropriate regulatory authority. However, yesterday an article in the Wall Street Journal (WSJ), entitled “Olympus Targets Had Scant History”, reporters Daisuke Wakabayashi and Juro Osawa presented facts which provide some additional lessons learned in the still unfolding Olympus matter.

To briefly recap, on October 14, 2011 the now-resigned Olympus Chairman, Tsuyoshi Kikukawa, dismissed the former head of the company, the Briton Michael C. Woodford, citing cultural differences in management styles. Mr. Woodford contended that he had been fired after raising questions about a series of acquisitions made by Olympus at, what he said, were inexplicably high prices or involved disproportionately pricey advisory fees paid to two persons who acted as agents of Olympus for the transactions in question.

Yesterday the WSJ reported that the three companies purchased by Olympus, whose purchases led to the unusually high commissions, had the following characteristics: “two of the acquired companies, medical-waste disposal company Altis Co. and food-container maker News Chef Inc., were founded in the early 1990s under different names, public company records show. The companies conducted no business for years.” The third company was founded “less than a year before Olympus bought a stake”. Olympus eventually acquired control of all three companies.  Within a year of acquiring control of these three companies, “Olympus wrote off three-fourths of its investments in the companies.” Professor Kotaro Inoue, an associate professor at Keio Business School, was quoted in the WSJ article as saying, “Those companies seem to have had no operating history when Olympus first invested in them. As an investment, paying this amount of money for nothing but business plans, is really unthinkable.”

So what are the lessons which can be learned from Olympus Redux for the compliance practitioner? If you are going to engage a foreign business partner, you need to determine if that company has been in business for an appropriate length of time and can deliver the products or services that they claim they can deliver. While the three companies acquired by Olympus were not agents, it appears that they had not been in business long enough to have a verifiable track records. If you are buying a company, you definitely should review and verify, to the extent possible, balance sheets, assets, sales records and other indicia of business transacted.

However, another issue to investigation is whether the foreign business partner has been in this business for reasonable period of time and can deliver the services that your company might need. So if a company in central Asia, which previously sold medical devices, now claims that they can assist your oilfield service business (or software business or just name the business) then that should raise a Red Flag. This information should be ascertainable through a review of some or all of the above but it may also require some interviews of the principles of the foreign business partner.

The Olympus matter promises to bring new and additional revelations in the future. The lessons learned can be utilized in many areas, including the compliance arena. At this point all I can add is “Watch this space” for we may well have an article entitled, “The Olympus Trifecta.”

Amnesty for Armstrong? Lessons for the Compliance Practitioner

Using Communications to Drive a Speak Up Culture