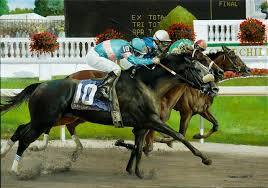 Richard Cassin author of the FCPA Blog, among others, consistently writes about corruption as ripping apart the fabric of many countries. This makes anti-corruption and anti-bribery legislation not only appropriate but mandatory. Over the past few weeks, I believe that we have seen another reason and that is that shareholders may have some comfort that the companies in which they invest are valued fairly and will not implode. In the US, we had the last decade brought us the trifecta of Enron, World Com and Adelphia, where accounting frauds destroyed these companies. But Japan is experiencing something different with the still unfolding Olympus matter.

On Monday, the Wall Street Journal (WSJ), in an article entitled “Olympus Admits to Hiding Losses” reporters Kana Inagaki and Phred Dvorak, wrote about the scheme by which the Olympus Corp. hid years of investment losses by making wildly overpriced acquisitions and then writing off the investments losses by writing down the value of the acquisitions. Such a business strategy  is so well known in Japan that it even has a name, “tobashi.”

To recap this story, on October 14, 2011 the now-resigned Olympus Chairman, Tsuyoshi Kikukawa, dismissed the former head of the company, the Briton Michael C. Woodford, citing cultural differences in management styles. Mr. Woodford contended that he had been fired after raising questions about a series of acquisitions made by Olympus, that, he said, were inexplicably high prices paid for the acquired companies or involved exorbitant advisory fees paid to tiny entities which acted as agents of Olympus for the transactions in question. Indeed one of these commissions was a payment of $687 million, almost one-third of the amount of a transaction of just less than $2 billion. Of course the company claimed he was fired for the catch-all usual suspect reason, that being he was ‘not a team player.’

Later the WSJ reported that the three companies purchased by Olympus, whose purchases led to the unusually high commissions, had the following characteristics: “two of the acquired companies, medical-waste disposal company Altis Co. and food-container maker News Chef Inc., were founded in the early 1990s under different names, public company records show. The companies conducted no business for years.” The third company was founded “less than a year before Olympus bought a stake”. Olympus eventually acquired control of all three companies.  Within a year of acquiring control of these three companies, “Olympus wrote off three-fourths of its investments in the companies.”

In an article in Wednesday’s New York Times, entitled “Shares Dive as Olympus Scrambles for Answers”, Christine Hauer reported that “The developments cast a harsh light on Olympus’s auditors, KPMG until 2009, which have signed off on financial statements that may now be suspect.” While auditor negligence may well have been a factor, I will leave this area of comment to Francine McKenna and her blog site, retheauditors.com. If you do not read Francine of a regular basis, you should take this opportunity to begin doing so.

So what makes this new revelation so stunning? First, much like Harry Markopolis, who could not have predicted that Bernie Madoff was running a decades long Ponzi scheme, I could not have predicted that Olympus was defrauding its shareholders by hiding investment losses through acquisitions. And while fraud may well be a part of this story, I will leave that discussion to Tracy Coenen and her blog site, sequenceinc.com. As with Francine, if you do not read Tracy’s site on a regular basis now might be a propitious to start.

Remember the $687 million commission paid to an agent of Olympus? It is this part of the story that relates to Richard Cassin and all the others who tirelessly campaign against bribery and corruption in the corporate world. One of the bases for jurisdiction of the Foreign Corrupt Practices Act (FCPA) applies if a company with a US presence engages in bribery or corruption and the US banking system is involved. While at this point it is unknown if any of the monies paid for the companies acquired by Olympus to hide its investment losses came through the US banking system, if it did, the FCPA might well be invoked. To this end the New York Times reported that the US Securities and Exchange Commission (SEC) and FBI are investigating the matter.

Admittedly the FCPA is a supplier side law, which only punishes the bribe-payer. However, the same is not true of the UK Bribery Act, which makes illegal the payment or receipt of bribes. Clearly Olympus does business in the UK so the Bribery Act may also be invoked. Further, while the FCPA applies to ‘foreign governmental officials’, the UK Bribery Act applies to bribery between foreign officials and private citizens. If any of the monies paid as commissions was made to purchase the silence of the putative agents, then jurisdiction may lie. Lastly, the Board of Olympus should also note that the Bribery Act has a strict liability component for those who are actively involved in conduct which violates the Bribery Act.

So just who on Olympus could have been involved in any untoward conduct? Perhaps any person involved in properly not recording the company’s transactions so as to provide a fair and accurate representation of the financial health of the company? Any person involved in the transactions of purchasing the companies bought for the purposes of writing down their values? Maybe the agents who received the high commissions and, by the way, where did those exorbitant commissions go after they went into those Cayman Island bank accounts? How about any persons from the company’s purchased? Was this conduct systemic, as it engaged in for 15-20 years?

In my last post on Olympus (Olympus Redux) I wrote about the need to perform due diligence on transactional agents. While this need still exists, the use of transactions and transactional agents to hide investment losses may explain why it does not appear that such due diligence was done on the agents. Moreover, if such transactional agents are going to be used for fraudulent purposes, it really doesn’t matter what quality of due diligence is performed. Further, if the amount of the commission is exorbitant, as in one-third the value of a multi-billion dollar transaction, this in and of itself may be a Red Flag. This is the initial Red Flag that the now fired UK whistle blowing President reported to UK authorities. So now we have hit the trifecta for Olympus in the arena of corruption: (1) termination of the UK subsidiary President for reporting Red Flag conduct; (2) use of small agents who were paid huge commissions which were not deserved; and (3) failure to actively report years of investment losses by fraudulent transactions. I can only wonder what might be the next bombshell. I guess it will have to be called the quadruple.

Alcatel-Lucent-Did the Baby Get Thrown Out With the Bathwater?

The Kitchen Debate Presages the FCPA Compliance and Ethics Report