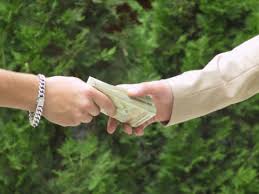 Last week Transparency International (TI) released its Bribe Payors Index 2011 (Index). It represents the fifth such report issued by TI, the most recent previously released in 2008. In the introduction, TI says that the Index “ranks 28 of the world’s largest economies according to the perceived likelihood of companies from these countries to pay bribes abroad. It is based on the views of business executives as captured by Transparency International’s 2011 Bribe Payers Survey. The countries and territories ranked in the Index cover all regions of the world and represent almost 80 per cent of the total world outflow of goods, services and investments.” It also relates the perception of bribery “across business sectors.”

TI released the report because it believes that “bribery has significant adverse effects on public well-being around the world. It distorts the fair awarding of contracts, reduces the quality of basic public services, limits opportunities to develop a competitive private sector and undermines trust in public institutions. Engaging in bribery also creates instability for companies themselves and presents ever-growing reputational and financial risks. This is particularly relevant in light of recent anti-bribery reforms in a number of key countries around the world, such as in China and the UK.” It ends with its recommendations which both the private sector and governments can do to help lessen or eradicate the “prevalence of foreign bribery around the world.”

The Index had five key findings.

For companies, such recommendations include:

For governments, such recommendations include:

I found the TI Index report to be quite enlightening and useful. It will help inform the compliance practitioner on both the underlying legal basis of many international anti-bribery and anti-corruption initiatives and provide concrete steps to build or enhance a compliance program around. Its larger role may be to inform government regulators on companies from countries listed in the Index or market sectors which may be more prone to bribery and corruption. For laws which are both supply and consumer side based, such as the UK Bribery Act, it may point regulators to companies and sectors which may well bear scrutiny for companies over which they hold jurisdiction.

Lauren Bacall Whistling or How to Structure Customer Due Diligence

This Week in FCPA-Episode 82, the Year End WrapUp Edition

St. Mark’s Basilica and Updating Your Code of Conduct