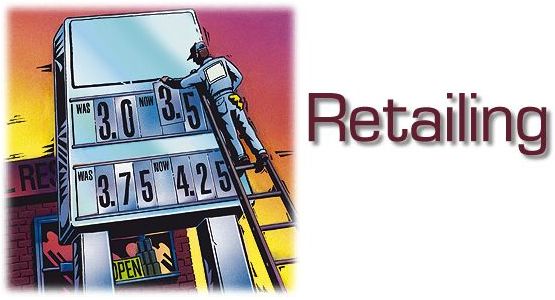 I am often asked the question by representatives of retailing companies of whether the Foreign Corrupt Practices Act (FCPA) applies to their businesses. While I have always answered in the affirmative, this question was succinctly answered this week with an announcement by Wal-Mart that it had initiated an internal investigation related to possible violations of the FCPA. Further, as reported by the FCPA Professor, Wal-Mart announced in a December 8, 2011 10K filing that “The Company has voluntarily disclosed its internal investigation to the U.S. Department of Justice [DOJ] and the Securities and Exchange Commission [SEC].”

So what risks can put a retailer under FCPA scrutiny? In a book entitled “Foreign Corrupt Practices Act – A Practical Resource for Managers and Executives” author Aaron Murphy, a partner at the firm of Latham and Watkins, explored the question of what are “the most common problems areas where managers get themselves into FCPA trouble.” In a chapter entitled “You Do More With the Government Than You Think” Murphy gives several examples of how any US company doing business overseas will come into contact with a foreign governmental official and, thereby, create a risk for possible FCPA liability. The following interactions would certainly apply to a retailer:

Wal-Mart has not specified the FCPA violations it may have been involved in, or the countries which are currently the subject of its internal investigation, or notification to the DOJ and SEC. However, the New York Times (NYT) reported on December 10, 2011, that Wal-Mart did say that the internal investigation included several matters, including, “permitting, licensing, and inspection.” Wal-Mart’s inquiry makes Aaron Murphy sound like the Nostradamus of FCPA prognosticators about now. The NYT article reported that international business now makes up 30% of Wal-Mart’s overall sales in the most recent quarter and that the biggest sales jumps came in “China, Mexico and Argentina.” For those of you keeping score at home, those countries have 2011 Transparency International-Corruption Perceptions Index ratings of 3.6, 3.0 and 3.0 for rankings of 75 for China and 100 for both Mexico and Argentina. In other words, they are all countries where you keep your FCPA guard up.

The FCPA Year in Reivew-the eBook

This Week in FCPA-Episode 96, the Opening Day edition

Couldn't have said it better myself.