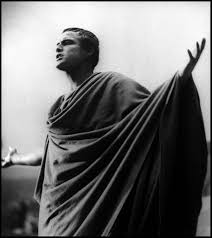 Yesterday I discussed the apparent inaction of MF Global’s Board of Directors, when the former Chief Risk Officer left the company after “repeated clashes” with company CEO Jon Corzine, over Corzine’s risk strategy. Today we take a look at a Board of Directors which performed its duty in acting to stave off a potential compliance issue. In the December, 2011 issue of the Compliance Week Magazine, entitled, “Daimler Gets This One Right” author Richard Steinberg reviewed the actions of the Daimler Board of Directors regarding its recent termination of the head of Mercedes-Benz United States operations.

First a bit of history on Daimler. For those of you who do not keep score on such matters, Daimler comes in at Number 7 on the all-time Top 10 FCPA enforcement actions, with settlement amount of $185 million. This settlement was based upon actions which Steinberg termed “a massive and pervasive bribery scheme”. He described the scheme as “hundreds of bribes totaling tens of millions of dollars were paid to officials in no less than 22 countries over a 10-year period.” This scheme involved high level executives and was not simply some rogue employees or even a middle management group engaging is such actions. Perhaps the most troubling component of the Daimler bribery scheme for the author was that it also “involved the company’s internal audit office.” As with Siemens, it certainly appears that if the company had an anti-corruption compliance program but was employed German engineering corruption work-around.

In addition to its Top 10 of all-time award, Daimler agreed to a Deferred Prosecution Agreement (DPA) and oversight by an independent monitor, former FBI Director Louis Freeh. Freeh’s role as monitor continues under the terms of the DPA and he is also charged with evaluation of Daimler’s anti-corruption program going forward. Daimler also appointed a German judicial representative to a “new management board position for integrity and legal affairs…” Steinberg concludes be noting that Daimler is “shoring up compliance and control procedures with significantly higher levels of scrutiny.”

All of which brings us to the (now former) head of US operations, Ernst Leib. In October, Daimler announced that he was “no longer with the company.” Why did he leave? Steinberg reports that Leib had engaged in some “serious lapses of integrity” which included having work done on his private residence, with the work being paid for by Daimler funds and taking personal travel using Daimler funds. After these irregularities came to light, Leib was confronted, apparently responding with unsatisfactory answers. Indeed Steinberg obliquely reported that the company also “found out about other issues” and then Leib was gone.

Steinberg believes that the Daimler Board got this one right. This is because character does matter. As Howard Sklar would say “water is wet” but it is worth repeating, a CEO “sets the tone and shapes a company’s [compliance] culture-not only with words, but largely by his or her actions.” Steinberg believes that the new emphasis on compliance at Daimler led to employment separation of Leib from the company and that the action by the Board “drives home the point more effectively than perhaps anything else that has been done” regarding compliance.

Steinberg believes that one of a Board’s most important functions is finding the right person to run a company. However the Board’s responsibility does not end at that point. If there are signs that a CEO’s behavior is outside the norm of acceptable behavior, the Board must ask tough questions and take strong actions. Imagine if the MF Global Board had asked both Jon Corzine and the Chief Risk Officer, Mark Roseman, separately, why Roseman was leaving the company and why Corzine downgraded the authority of Roseman’s successor. Would any answers have raised questions about behavior “outside the norm of acceptable behavior?” Alas we will never know the answer to those questions. But we do know what transpired at Daimler regarding its employment of Ernst Leib, he is no longer with the company. We should acknowledge Daimler for that action and the message it sends to its workforce regarding compliance.

Day 15 of One Month to Innovation-Structural Innovation, the Regional Compliance Committee

The Business Justification in Compliance

What to Ask Before You Begin a Large Compliance Project