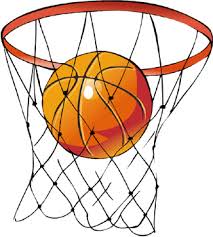 Last week, I observed one of the worst actions by a major league sports commissioner in my lifetime. Not the worst, as I will give that “worst award  for a decision made by a sports commissioner in my lifetime”, to either of two Baseball Commissioners; Ford Frick, for the * next to Roger Maris 61 homer season or to Bowie Kuhn for his entire stewardship of major league baseball. This “one-of-the-worst” award goes to National Basketball Association (NBA) Commissioner David Stern for his voiding the 3-way trade last week which would have shipped Chris Paul from the woeful New Orleans Hornets to the LA Lakers in a three way trade also involving the Houston Rockets.

My hometown Houston Rockets would have received Paul Gasol and the Hornets would have received 4 players from the Rockets, plus a first round pick in the NBA draft, plus Lamar Odom from the Lakers. All of this for one player, Chris Paul, who is leaving New Orleans at the end of the season via free agency for which the Hornets will receive a big fat nothing. For the best basketball analysis of this debacle, check out the post by Bill Simmons (a/k/a “The Sports Guy”), entitled, “The Sixth Day of NBA Christmas” on his site, Grantland.com.

This blog post is not a substitute for a Howard-Sklar inspired rant on behalf of my hometown Rockets, so hang on as there really is a compliance angle here. (But clearly I am somewhat biased so be advised.) This conflict of interest is set up by the anomalous fact that the NBA itself owns the New Orleans Hornets. Commissioner Stern stated that he vetoed the trade because it “wasn’t in the interest of the league owned Hornets.” So what interest was Commissioner Stern referring to here; the interest of the Hornets, the interest of the three teams involved in the trade, the interest of the LA Clippers who have to share the LA market with the Lakers (apparently not as even the Clippers backed out of a trade for Paul on Monday), the interest of the ever-vindictive owner of the Cleveland Cavaliers, Dan Gilbert, still smarting over LeBron James leaving his team via free agency for Miami, or the interest of just the omnipotent ‘they’? After calming down and listening to and reading the sports commentariat, the one which the most struck me was Mike Wilbon on Pardon the Interruption, a talking heads sports show on ESPN. Wilbon said that as the NBA has a financial interest in the Hornets plus a NBA wide competitive interest, which equals a conflict of interest.

In every Code of Conduct that I have seen there is a Conflict of Interest (COI) provision. Many people, including myself, have wondered why something so self-obvious as a written company Code of Conduct would be listed as the point number 1 in a best practices compliance program. The reason I believe that a written Code of Conduct should be the first is because, as stated by Jeffery Kaplan in introducing his Conflict of Interest Blog, conflicts of interest, “as a general matter, present the most common sort of C&E issues in business organizations. They can also be the most difficult to resolve, both because there is no overarching set of COI-related laws (unlike, for instance, competition law) and also because COI issues are frequently raised in an intensely personal circumstances.” If you work for a large publicly owned entity, the COI provision probably prevents ownership in another entity, other than some level of stock, without notice to and consent by your employer. The reason this notice and consent requirement exists is so that you will not be in the same position as Commissioner Stern; that is conflicted, leading you to making bad decisions.

So how does this relate to anti-corruption compliance you ask? (And I am glad you asked that question.) Anytime someone engages in bribery, they put the recipient in a conflicted position. The recipient agrees, overtly or tacitly, to favor the interests of the bribe-maker over that of his employer. Recognizing that the Foreign Corrupt Practices Act (FCPA) is a supply side focused law, it does have the benefit and that is if the law is followed, or not watered down, of reducing such conflicts of interests in foreign lands. A clear benefit for US companies is that they will not be sued as well, as evidenced by the ongoing Alba v. Alcoa matter in federal district court.

How does Enron work into all this? Recently, the tenth anniversary of the Enron self-implosion passed. One of the things I was reminded about in some of the articles discussing this anniversary is that the Enron Board of Directors actually voted on and approved a waiver of the Enron Code of Conduct to allow the Chief Financial Officer (CFO), Andy Fastow, to not only own entities which competed with Enron but to negotiate with others in the company, who worked under him, on behalf of the entities in competition with Enron. Sound like a conflict of interest to you? More to the point, what does such an action by a company’s Board of Directors say about the culture of a company. Perhaps it says that compliance is not too high on the agenda, ya think?

So have some respect for a Code of Conduct, it really is an important document. As strongly as I feel Commissioner Stern’s clear conflict of interest in voiding the Chris Paul trade it is, none the less, a great teaching moment that you can use in your compliance training. You should also sign up to receive Jeff Kaplan’s blog on conflicts of interest. Lastly, if you are on the Board of Directors of a company step up and have some backbone.