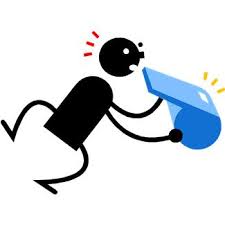 Ed. Note-today we have an interesting post from frequent guest Michelle Sherman.

The wide dissemination of news on the Internet through “new media” online sites such as the Huffington Post, well recognized blogs like the Drudge Report, or social media sites such as Twitter is changing how we get our news today.  The Internet is also making it harder for someone to be the first and original source for allegations of corporate malfeasance that can be the basis for a whistleblower or false claims action.  In other words, businesses who are defending themselves against a whistleblower or qui tam (false claims) plaintiff (collectively, “whistleblower”) should exhaustively search the Internet for evidence showing that the whistleblower is not the “original source” of the information.

Section 922 of the Dodd-Frank Wall Street Reform and Consumer Protection Act provides that the Securities and Exchange Commission (“SEC”) shall pay awards to eligible whistleblowers who voluntarily provide the SEC with original information that leads to a successful enforcement action yielding monetary sanctions of over $1 million. Whistleblowers can recover from 10 to 30 percent of the total monetary sanctions collected in the SEC’s action or any related action, so there is a real financial incentive for someone to report suspected wrongdoing.  Section 922 of Dodd-Frank also added Section 21F to the Securities Exchange Act of 1934, and Section 21F reflects these incentives to whistleblowers.

According to the SEC’s May 25, 2011 press release, Section 922 defines original information as information that “must be based upon the whistleblower’s independent knowledge or independent analysis, not already known to the Commission and not derived exclusively from certain public sources” such as the news media.

Because the public policy behind whistleblower statutes is to reward the reporting of alleged wrongdoing that may otherwise go undetected, the statutes do not allow for bounty rewards to plaintiffs who are not the original source of the information.

Thus, a whistleblower, who provides information that is already known and discoverable through a blog post, Twitter or other social network activity, may have trouble satisfying an essential element to recovering the mandatory award under Section 922.

2.  The False Claims Act And The Public Disclosure Bar.

Similarly, the False Claims Act includes a public disclosure bar which provides that courts shall dismiss qui tam suits when the relevant information has already entered the public domain through certain channels, including the news media, unless the action is being brought by the Attorney General or by a person who is the original source of the information.  31 U.S.C. § 3730(e)(4)(A).  Section 3730(e)(4)(A) also allows the government to stop dismissal of the action by opposing the dismissal.

Recent amendments to the False Claims Act left unchanged the defense that information available in the news media cannot form the basis for a qui tam plaintiff being able to maintain his action.

3.  Why The Public Disclosure Bar Should Include Activity On The Internet Including Blogs, Online News, And Social Network Sites Such As Twitter.

With the exponential growth of the Internet, the meaning of news media has expanded and, thereby, created more opportunities for a company to assert the public disclosure bar.  The definition of “news media” in Wikipedia highlights this broad scope:

“The news media are those elements of the mass media that focus on delivering news to the general public or a target public.  These include print media (newspapers, newsmagazines), broadcast news (radio and television), and more recently the Internet (online newspapers, news blogs, etc.)” (emphasis provided).

The New York Times has also reported on how many stories are being covered online these days instead of through print editions:

“Crucial to the Times’s approach in a time of less print space is City Room, the fourth most popular blog on the NYTimes.com.  It is where The Times dishes breaking news and a creative menu of features, columns and digital novelties.  In City Room, a whole new kind of metro report emerges, with most of its 3,000 plus blog posts a year never surfacing in print.”  Arthur S. Brisbane, New York Times, Covering Its Own Backyard (Oct. 23, 2011).

In Graham County, the Supreme Court specifically cited to the broad scope of the news media component of the public disclosure bar when the Court recognized it includes “a large number of local newspapers and radio stations.”  As we have seen with online news sources such as the Huffington Post, which AOL acquired for $315 million, and which had an estimated 25 million monthly users at the time of the sale, new media can have a far greater reach than a small town local newspaper that is included in the news media category of the public disclosure bar.

“Whistle-blowers in possession of valuable and perhaps incriminating corporate and government information now had a global dead drop on the Web.  Traditional news organizations watched, first out of curiosity and then with competitive avidity, as WikiLeaks began to reveal classified government information that in some instances brought the lie to the official story.”  David Carr, New York Times, “Is This the WikiEnd?” (Nov. 6, 2011).

Consequently, a company is well advised to search the Internet for discussions concerning the allegations that form the basis for a whistleblower’s action.  Industry specific blog sites are a good starting point since they often carry gossip concerning companies in that industry.  Twitter is also a good resource since it has the most real time news updates, and often scoops the mainstream media as we saw with reports of the earthquake in Japan and its aftermath, the United States finding and killing Osama bin Laden (with a local resident live tweeting the storming of the compound), and the political upheaval in Egypt (described as the “Twitter revolution”).  YouTube is also a good resource as evidenced by the video that quickly went viral in which University of California, Davis campus police were seen spraying students with pepper spray.

Michelle Sherman is special counsel at Sheppard Mullin Richter & Hampton where she practices business litigation and consults with businesses on legal and regulatory compliance issues relating to social media and the Internet.  Michelle is the editor and contributing author to the law firm’s Social Media Law Update blog.

If you are going to be in Houston on December 7, myself, Mike Volkov and the Bribery Act guys, Richard Kovalevsky QC and Barry Vitou will be making their only US appearance this year. Mike and I will review some of the more significant enforcement matters of 2011 and discussion lessons which may be drawn from them. Richard and Barry will discuss the Bribery Act. Best of all the event is free and CLE will be provided. Event details and registration are found at http://events.r20.constantcontact.com/register/event?llr=myqi4pcab&oeidk=a07e55t5re06e78f1e3. I hope you can make it!

How To Risk-Base Supply Chain Vendors Under The FCPA

Tribute to Ali – The Greatest

Manti Te’o and a Second Set of Eyes