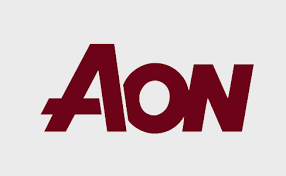 In December, 2011, the insurance giant Aon received a Non-Prosecution Agreement (NPA) from the Department of Justice (DOJ) in settling enforcement actions against it by the DOJ and Securities and Exchange Commission (SEC). Aon agreed to total fines and penalties in an amount of $16.3 MM. This is in addition to a fine previously paid to the UK Financial Services Authority (FSA) in January, 2009 of £5.25 MM (approximately $8.2 MM at today’s exchange rate). The Aon resolution has several factors which are of interest and should be noted by the compliance practitioner.

Aon’s Remedial Actions Which Led to the NPA

The DOJ stated that it entered into the NPA based “in part, on the following factors: (a) Aon’s extraordinary cooperation with the Department and the U.S. Securities and Exchange Commission (“SEC”); (b) Aon’s timely and complete disclosure of the facts described in Appendix A as well as facts relating to Aon’s improper payments in Bangladesh, Bulgaria, Egypt, Indonesia, Myanmar, Panama, the United Arab Emirates and Vietnam that it discovered during its thorough investigation of its global operations; (c) the early and extensive remedial efforts undertaken by Aon, including the substantial improvements the company has made to its anti-corruption compliance procedures; (d) the prior financial penalty of £5.25 million paid to the United Kingdom’s Financial Services Authority (“FSA”) by Aon Limited, a U.K. subsidiary of Aon, in 2009, covering the conduct in, Bangladesh, Bulgaria, Indonesia, Myanmar, the United Arab Emirates and Vietnam; and (c) the FSA’s close and continuous supervisory oversight over Aon Limited.”

The primary activity for which Aon was sanctioned was a travel and education fund which was initially designed to provide funds for foreign government employees involved with insurance to travel to educational conferences. However, the funds were also used for personal entertainment of such officials, their wives and families. In one instance, involving a fund in Costa Rica, travel was booked through a travel agency which was owned or managed by the Costa Rican officials who were entertained with monies from the educational and training funds. This was not, as former UCLA student Kyle Sheahen said in his paper, entitled “I’m Not Going to Disneyland: Illusory Affirmative Defenses under the Foreign Corrupt Practices Act”, an instance of the bona fide travel and promotional defense being disregarded. In the Aon enforcement matter, there was either no bona fide educational expense or not one which could be documented from Aon’s internal records.

The largest portion of the Aon fine involved violations of the Foreign Corrupt Practices Act’s (FCPA) books and records requirements. The NPA noted, “With respect to the Costa Rican training funds, although Aon Limited maintained accounting records for the payments that it made from both the Brokerage Fund and the 3% Fund, these records did not accurately and fairly reflect, in reasonable detail, the purpose for which the expenses were incurred. A significant portion of the records associated with payments made through tourist agencies gave the name of the tourist agency with only generic descriptions such as “various airfares and hotel.” Additionally, to the extent that the accounting records did provide the location or purported educational seminar associated with travel expenses, in many instances they did not disclose or itemize the disproportionate amount of leisure and non-business related activities that were also included in the costs.

This enforcement action was one of the earliest which revealed the level of cooperation on anti-corruption issues by the US and UK governments. In the NPA there was a discussion about how the insurance and reinsurance industry work, particularly with regards to brokers, who are agents. However, there did not appear to be a penalty assessed for Aon’s actions regarding its agent. Nevertheless, this agent issue was the focus of the FSA action, which at the time, was the largest penalty levied by the FSA for overseas corruption. In its Final Notice, dated January 9, 2009, the FSA stated, in part:

(4) In failing to have properly assessed the risks involved in its dealings with Overseas Third Parties and to implement effective controls to mitigate those risks, Aon Ltd may have profited from its breach. The commission or brokerage earned by Aon Ltd over the course of the Relevant Period from business that may have been secured or retained as a result of suspicious payments amounted to approximately US$7.2 million and €1 million.

It is noteworthy that the DOJ did not bring heavier sanctions against Aon for such conduct but noted in the NPA “(d) the prior financial penalty of £5.25 million paid to the United Kingdom’s Financial Services Authority (“FSA”) by Aon Limited, a U.K. subsidiary of Aon, in 2009, covering the conduct in, Bangladesh, Bulgaria, Indonesia, Myanmar, the United Arab Emirates, and Vietnam; and the FSA’s close and continuous supervisory oversight over Aon Limited.”

There are several key takeaways from the Aon enforcement action. Travel and entertainment are fields for the unwary. There must be a clear and DOCUMENTED business purpose in travel and payment of educational expenses. Remember the three most important things are DOCUMENT, DOCUMENT and DOCUMENT. Beyond that your books and records need to reflect accurate payments for travel, as in who, what, when, where and how; not “various airfare and hotels.” Next, if a government official directs you to use a service provider such as a travel agency, you must perform due diligence on the service provider to ensure that it is not controlled by the government official you are dealing with in your business.

Lastly we offer recognition to the DOJ for taking into account not only the work done by the FSA but also the fine assessed and continuing oversight of Aon by the FSA. This could be an important portent of things to come in ever increasing internationalization of anti-corruption enforcement actions.

This Week in FCPA-Episode 129, the Farewell to Stan Lee edition

The Death of Pennoyer v. Neff and the Requirements for Minimum Contacts under the FCPA