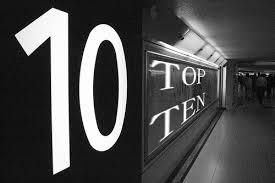 I have seen several lists of the Top Foreign Corrupt Practices Act (FCPA) issues of 2011. Sam Rubenfeld and Chris Matthews at the Wall Street Journal’s Corruption Currents have been interviewing several of the top legal practitioners on their thoughts. The ever-present Mike Volkov has weighed in with his list and his “Person of the Year”, the Chief Compliance Officer. Howard Sklar and I even got into the video act by discussing our most significant issues in “This Week in FCPA”. So as part of the compliance commentariati, I submit, for your consideration, my Top Ten anti-corruption and anti-bribery issues over the past 12 months.

1.         Amendments to the FCPA? The Senate ended 2010 with hearings focusing on why there were not more individual prosecutions under the FCPA. In June, the House Judiciary Committee focused on ways to ease up on or gut the anti-corruption provisions of the FCPA in the name of US “competitiveness” overseas. Then in a stunning turnaround, the House Judiciary Chair asked the Department of Justice (DOJ) representative if the DOJ would support a ban on all commercial bribery, not just a ban on bribing foreign governmental officials. Then again he did say was drafting amendments to the FCPA which we haven’t heard about since the great theater in June.

2.         UK Bribery Act goes live. For many in the anglophile world, the event of the year was the marriage of Prince William to Kate Middleton. However, for us in the anti-corruption and anti-bribery world, it was effective date of the UK Bribery Act, July 1. While some had opined that the Bribery Act was “the FCPA on steroids” the initial prosecution under the Bribery Act was for a £500 bribe paid to a UK court clerk. Perhaps it just takes awhile for UK steroids to kick in.

5.         Investigating Private Equity. Both the DOJ and Serious Fraud Office (SFO) announced that they would be looking at private equity, in conjunction with anti-bribery and anti-corruption. Well known for cost reductions through cutting corporate budgets, they may become a prime and profitable set of targets for enforcement agencies.  Additionally, their unique structure of separately operating portfolio companies may greatly increase ownerships control and person risks. If you are in private equity and are reading this and have no clue what I am talking about, get on the phone to one of Howard Sklar’s recommended FCPA counsel ASAP.

6.         It Just Can’t Get any Weirder. Just when you think you have seen it all in the FCPA world, News Corp., is accused of bribing Scotland Yard to further its newspaper business and it is also alleged that a lawyer representing a US company in Mexican litigation attempts to bribe a court official to obtain a favorable ruling. Then, of course there is Olympus, which not only fires its whistle-blowing Chief Executive Officer (CEO) for questioning Red Flag payments to agents, which reveals that it has been engaged in a decade long corporate fraud. But here’s the topper in my book, someone posted a comment to my blog post about Tyson’s Foods paying bribes to the wives of Mexican food inspectors to obtain ‘favorable treatment’. She said the following “The meat being TIF-certified for export was not meat distributed to U.S. The meat was being exported to countries such as Japan and other Asian destinations.” I am sure that is of great comfort to the folks in “Japan and other Asian destinations”. Memo to Tyson: Call Gini Dietrich at Spin Sucks for some serious PR help.

7.         Plaintiff’s Bar gets that old time (FCPA) religion. The FCPA was used, in a somewhat novel manner, in three civil actions which may portend an entire new wave of private and civil FCPA litigations. In SciClone a shareholder derivative action was filed after the announcement of a FCPA investigation. During the pendency of a FCPA investigation, this civil action was settled with the company agreeing to implement a best practices compliance program. In Alba v. Alcoa a company whose employees were allegedly paid bribes (Alba) sued the alleged bribe-payor (Alcoa) for damages in driving up the costs for products sold because of the corrupt acts of Alcoa. In ICE, the Costa Rican telecom company sought to use the victim restitution component to allow it to participate in the DOJ’s FCPA settlement with Alcatel-Lucent.

8.         Rule of Law. Several DOJ prosecutions of individuals under the FCPA have brought a plethora of legal rulings to flesh out legal standards under the FCPA. In the spring, there were district court rulings on whether a state owned enterprise is covered by the FCPA and an analysis of what constitutes a state owned enterprise. These cases will probably be appealed so we may have the first US court of appeals’ interpretation of the FCPA in quite some time.

9.         Wide World of Enforcement. More countries are implementing new anti-corruption laws and more resources are being dedicated to enforcement. The US has had significant cooperation with the UK SFO and Financial Services Association (FSA) and this will increase with the go live date of the Bribery Act. However, the BRIC countries have passed, or are considering, significant anti-corruption laws. The US is starting to coordinate and share more information with these countries — China being the most significant.  For global companies, this increase will portend greater numbers of fines and penalties and will complicate international settlement efforts.

10.       Year of the FCPA Trial. This was the year that the DOJ brought out the big trial guns for three very high profile FCPA trials: the Gun Sting cases; Lindsey Manufacturing; and Haitian Telecom. The resolution results have been mixed, with convictions in Lindsey and Haitian Telecom; mistrial in the first of four Gun Sting trials and some dismissals in the second Gun Sting trial. However, the government has taken a black eye for some procedural missteps, particularly the judge throwing out the entire guilty verdict for prosecutorial misconduct in the Lindsey Mfg. case.

Election Day – Just Who is a Foreign Government Official?