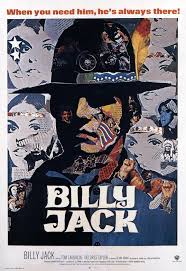 For many of us who came of age in the early 1970s Billy Jack was “The Man”. He was about the baddest dude there was, a Vietnam vet who could kung-fu with the best of them. His story was about a man who helps to try to clean up corruption in his local town, but ends up going to jail for stepping over the line, or as is said in the theme song “One Tin Soldier”, by the group Coven, “In the bloody morning after, one tin soldier rides away.” That movie came to mind as I read an article in the January 7, edition of the New York Times, entitled “With Olympus Managers Still Entrenched, an Ousted Chief Drops His Sword” by Hiroko Tabuchi.

In this article, Tabuchi reported that the fired Olympus Chief Executive Officer (CEO), Michael Woodford, was dropping his bid to win his old job back in a proxy fight with the current Olympus Board of Directors. Woodford was quoted as saying, “Despite one of the biggest scandals in history, the Japanese institutional shareholders have not spoken one single word of criticism, in complete and utter contrast with overseas shareholders, who were demanding accountability, I’m taking the plane and saying goodbye to Japan as a businessman.” In an article on the BBC online edition, dated January 6, 2012, Woodford was reported to have said that the Japanese cross-shareholding system, “in which many companies and managers have close ties to each other, meant that rigorous corporate oversight was often difficult.”

This is in the face of a damning report by the company itself in which top Olympus executives acknowledged last November that the company had “conducted an effort spanning decades” to cover up $1.7 billion in investment losses in a global scheme that has led to investigations by the authorities in Japan, the United States and Britain. The Times reported that “Investigators are looking into what they say is a scheme that began in the 1990s to hide losses by selling bad assets to funds and other entities and later settling those losses through payments masked as acquisition fees.”

Clearly any semblance of corporate governance to prevent fraud is not at the forefront of the Olympus Board. But if a company is willing to defraud one or more stakeholders, is it a company that you want to sit across the table from and do business with in a commercial setting? What about access to capital? Why should banks trust anything that a company might tell them, even under the pains and penalties of perjury, when they present financial information on the company? As to capital markets for fundraising, Olympus appears to be seeking to raise money on Japanese capital markets, according to the Times “which would dilute the influence of overseas shareholders and make fundamental changes less likely.”

How does Billy Jack’s story relate to Olympus? Billy Jack fought the good fight but at the end of the day, he went to prison. Michael Woodford fought the good fight as well. When he found Red Flags raised in company financial statements and reported them, he was summarily fired. When he tried to engage the company to reform itself after the company admitted to a decades-long fraud, he could not obtain any support from Japanese institutional investors or Olympus bankers. Olympus has even refused to offer Woodford an apology for terminating his employment with the company. Now Woodford has returned to the UK and “is saying goodbye to Japan as a businessman.” So on the bloody morning after, another tin soldier rides away…

Everything Compliance-Episode 2, anti-corruption enforcement and compliance going forward under Trump

Fancy a Brew? Internal Controls under the UK Bribery Act