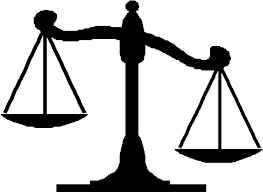 The question of attorney-client privilege (herein “the privilege”) for in-house counsel can be a vexing one, yet one that has significant implications for investigations and enforcement actions under the Foreign Corrupt Practices Act (FCPA) or other anti-corruption legislation. There is a split decision between the US and countries in the European Union (EU) on whether in-house counsel may engage in privileged communications with corporate employers. In a recent article, entitled “In-House Counsel and Corporate Client Communications: Can EU Law after Akzo Noble and U.S. Law after Gucci be Harmonized? Critiques and a Proposal”; published in Volume 45, Number 3 of the International Lawyer, author John Gergacz explored this dichotomy and proposed a simple, yet clear rule to put in place to foster ease of determination of the privilege and promote the goals behind the existence of the privilege.

This question of whether the privilege exists for communications will certainly increase due to the increase in international enforcement actions in the area of anti-corruption and anti-bribery under laws such as the FCPA and UK Bribery Act. It will also arise in investigations involving any other activities which might be subject to both EU and US laws, such as EU competition law and US anti-trust law.

In EU countries, the primary test involves what is the status of the lawyer making the communication. Following a 1982 decision, styled “AM&S Europe v. Commission of European Communities”, the privilege is limited to communications conducted with independent lawyers. Initially, a determination must be made if an attorney is independent, this being defined as to whether or not an attorney was “bound to his client by reason of employment” for example an employee. However, the court decision did not use the term “in-house” counsel but broader formulation of “independent counsel.” While recognizing that this may have left room for interpretation the practice seems to be to deny the privilege when the advice emanates from in-house counsel. Gergacz says that to apply the privilege in the EU is determined by following a two-step process. If this initial threshold of independence is met the analysis turns to the substance of the communication. That is, whether the “communications concerned legal advice and related to the client’s right of defense.”

In all reported jurisdictions in the United States, both in-house counsel and outside counsel communications are eligible for privilege protection. However, within certain states in the US, the analysis is largely centered on the substance of the communication, whether it involves legal advice or more general business advice. This analysis recognizes that in-house counsel may have several “corporate capacities” all of which do not necessarily involve providing legal advice. Gergacz notes that “in practice, in-house counsel may communicate about a number of activities, even though his formal corporate position is to provide legal advice.” He believes that such sentiment has led to a greater scrutiny of in-house counsel communications than those made by outside counsel to a client. This has led courts to be “wary of inadvertently extending privilege confidentiality too far,” when business advice is provided or there are mixed business-legal services delivered.

Gergacz concludes his article with a proposal to harmonize these two rules for privilege. He believes that both views have merit, with the US recognizing the “equivalence of in-house and outside counsel” and the EU “the concept of counsel independence is noteworthy.” Gergacz’s proposal is that communications with in-house counsel would be privileged if the attorney involved is (1) admitted to a relevant Bar; and (2) has Bar membership status intact that allows him to practice law at the time of the relevant communication.

Gergacz listed three general reasons for his proposal. First, he believes that the proposal is easy to administer as there should not be either court intervention to determine privilege or court review of the communications involved. Simply put, does the lawyer have a license and is it up to date to allow him or her to practice law? Second, he believes that the privilege should be broad enough to encourage candor in communications between attorney and client in the corporate setting, but not so broad as to expand the cloak of confidentiality to “thwart just decisions from being rendered.” Third, and finally, Gergacz writes that in-house counsel often has two roles to fulfill. One is certainly as a lawyer providing legal services, however, it may be that a person who has graduated from a law school or holds a law degree may not be licensed to practice law and may have other roles inside of a corporation. As a practicing lawyer is held to ethical and disciplinary standards whether they are in-house or in private practice, the requirement for Bar membership should satisfy the AM&S line of cases which speak toward ‘independence’ as the key concept for privilege.

I would commend Gergacz’s article to you for a more complete review of the US case law and other issues related to attorney-client privilege. His proposal is certainly an intriguing one and one which deserves rich consideration to simplify this knotty area. In this era of multi-jurisdictional enforcement of laws such as the FCPA and UK Bribery Act, the certainty of whether a communication is privileged or not is an important point for businesses.

On the Oregon Trail and Expectations in an Investigation Protocol

Spanning the Globe to Bring You…22 FCPA Indictments