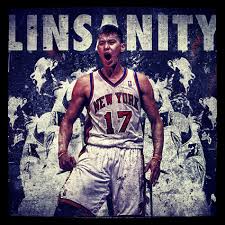 Lin-sanity has reached near epic proportions, even down here in Texas. Who can resist the underdog story of a twice cut Asian-American, Harvard educated, point guard making it on one of the biggest basketball stages in the world, Madison Square Garden. (Yes one of those brilliant teams that cut Lin was the Houston Rockets, thanks again David Stern for nixing the 3-way Lakers/Hornets/Rockets trade that probably would have kept Lin in Houston.) Although the Knicks finally lost a game after Lin became the starter, or as @srubenfeld tweeted “Well. It had to end, but against the Hornets?”; Lin-sanity still rages. There are many angles to Lin-sanity that we could explore that would apply as lessons in the compliance world; cultural sensitivity and cultural stereotypes being two that spring to mind.

However, today I would like to focus on issues raised in an article from the Friday, February 17, 2012 edition of the New York Times (NYT), entitled “Truck Driver’s Analysis Predicted Lin’s Professional Potential”, by Benjamin Hoffman. In the article Hoffman profiled a FedEx truck driver, Ed Weiland, who moonlights as a contributor to HoopsAnalyst.com. Prior to the NBA draft, Weiland wrote a report for HoopsAnalyst.com, in which he analyzed Lin’s stats from Harvard and concluded that Lin “might be among the best point guards available” in the 2010 draft. How is that for ‘spot-on’?

One of the key points in the NYT article is the increasing number of “seemingly ordinary citizens outdoing the work of people who are paid to analyze players.” I would note that he lives in Bend, Oregon, which, based upon my personal knowledge, I can assure you, is not on the “Top Hoops City in America Map.” Weiland believes that one of the reasons for such success is the “lack of direct relationship to the game.” Hoffman quoted Rany Jazayerli for the proposition that “for insiders, it’s hard to be objective, and even harder to write objectively when you have to deal with the people you’re writing about.” Also, while the pool of journalists covering the sport is finite, the “pool of outsiders tracking a sport is endless. Out of such a pool, some bright people are likely to emerge.”

So what lessons can the compliance professional draw from Lin-sanity? I would like to put forth two. The first is that there is a wealth of information available which can help you inform your compliance program beyond just the basics. Last week, I was a co-presenter, with Patrick Kelkar of The Mintz Group, on a webinar hosted by Ethics*Point. The featured discussion of the webinar was about The Mintz Group “Where the Bribes Are” heat map, which gives a complete review of all Foreign Corrupt Practices Act (FCPA) enforcement actions, by industry and location, in an interactive map. This tool supplements such standard tools as the Transparency International (TI) Corruptions Perceptions Map with great data. It is available for use free of charge on The Mintz Group website. By using this heat map, you can further evaluate your compliance risks by more than simply geography and then put risk management processes in place if you are moving to a new business line or into a new business area.

In addition to showing some of the above information, The Mintz Group also has some useful information for what it does not show. For instance, there are only a few FCPA cases in Russia and none in Ukraine, two countries consistently ranked among the more corrupt in TI’s Corruption Perception Index.  From The Mintz Group’s work in the region, the heat map indicates that some foreign companies have chosen not to do business there because of the demands for bribes. That’s the case in other areas of the world as well.

Listening to Your Pool of Talent

One of the things often overlooked, in not only the implementation but the ongoing enhancement of a compliance program, is the wealth of talent that is available to your compliance department in the form of your employee base. I have previously written about the usefulness of the local compliance champion and how companies as diverse as Coca-Cola and Halliburton make use of such local personnel in their overall compliance efforts. However, there are many people in your company who not only want to do business in the right way but want their company to succeed in such efforts. They can be some of your greatest assets and resources. Simply because someone in the field pushes back on an initiative that you might put forward does not mean they are against it. You need to listen to such information because there might well be information in that ‘push back’ that you can utilize in your compliance program going forward.

Almost every American of every stripe pulls for the underdog. At the end of the day, that may be the final reason Lin-sanity is so compelling. Nevertheless if you look closer not only was the talent there, but the underlying information on Lin’s college performance was there, analyzed and made available to you, courtesy of Ed Weiland. Similarly, there is information out there and available to you to continually assess your compliance risks. The Mintz Group heat map of “Where the Bribes Are” is but one tool available to you, at no charge, which allows you to have a more nimble and nuanced compliance program. Additionally I think the second message of Ed Weiland is equally compelling, that being that there are very talented people out there in your organization who are waiting for the opportunity to help make the company a better company by doing business in a compliant manner. While they may not have written a full treatise like Ed Weiland, they are out there waiting for you to listen to them. Do not be afraid to take that opportunity.

There is a great debate on Tuesday, February 21 at noon EST between my ‘This Week in FCPA‘ colleague Howard Sklar and the FCPA Professor on whether the FCPA needs to be amended to add a compliance defense. It will be great fun and it’s free from at Securities Docket. You can obtain information and register by clicking here.

Farewell to Forrest Gregg and Welcome to AI in Compliance Contracting