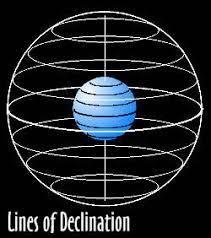 In his blog post of February 16, 2012, entitled “The Justice Department’s Slippery Slope — Enforcement Versus Regulation”, Mike Volkov takes the Department of Justice (DOJ) to task for “hubris and insensitivity to the business community” in their enforcement of the Foreign Corrupt Practices Act (FCPA). I believe that he correctly notes that companies do want to comply with the FCPA but want more guidance so that they do not have to “read the tea leaves” on what the DOJ may believe is conduct violative of the FCPA.

However, I do not believe the “hubris or insensitivity” of the DOJ is the genesis of this perceived problem. Rather, I would argue that it is the nature of system in place. I need to credit my colleague Doug Jacobson for this next insight. For those of you who do not know him, Doug is a well-experienced international trade lawyer, who blogs at International Trade Law News. Doug’s observation was that the FCPA is similar to a regulatory system which, in this case, is being administered by DOJ lawyers. He contrasted this with his international trade law practice, in which he frequently interfaces with regulators from the Departments of Commerce and Treasury on issues related to trade control. Of course if a legal violation occurs, trade control issues can and do go to the DOJ for enforcement, but as counsel representing companies, he can interact with regulators to develop best practices programs, policies and procedures.

In the FCPA arena, there are no regulators to call upon. If one has a query, one is required to ask the group that enforces the FCPA. Of course the DOJ does have its Opinion Release procedure, which has been sometimes used and is of value to those in the compliance field. In addition to Opinion Releases, the only other DOJ comments on best practices are those which are to be found in Deferred Prosecution Agreements (DPA) and Non-Prosecution Agreements (NPA). We are also now beginning to see a body of case law develop, particularly on the definition of who is a foreign governmental official.

In his dénouement, Volkov urges the DOJ to “respond to the business community, adopt some prosecutorial policies and make them public, so that companies can implement meaningful and effective compliance programs without fear of unfair prosecutions.” However, as lawyers are charged with enforcement, not regulation, I would urge another tack. I have previously argued that another viable source of information is found in DOJ declinations to prosecute companies which self-report potential FCPA violations. A decision to prosecute, or not to prosecute, is precisely what prosecutors do. In the declination process, the DOJ is handling a much broader and more significant amount of information than is found in an Opinion Release. A self-disclosing company has investigated or will investigate a matter, most likely with the aid of specialized outside FCPA investigative counsel. The DOJ has the opportunity to review the investigation and suggest further or other lines of inquiry. Company personnel are made available for DOJ interviews, if appropriate. In short one would have actual facts and detailed oversight by DOJ, which in the case of a declination to prosecute, would provide substantive guidance on why it did not believe a FCPA violation had occurred in the face of a company’s good faith belief that it had violated the FCPA.

Declinations to prosecute are a part of the enforcement process. By releasing declinations to prosecute, the DOJ can maintain its role in enforcement and not become the regulators of the FCPA. I believe that release of this information, redacted in such a manner as to protect the names of the parties involved, would be some of the highest value of compliance information that a practitioner could use to determine what the best practices are and what actions might well constitute a FCPA violation in the eyes of the DOJ. Further, for those who wish to simply water down the statute, in the name of US competitiveness, such information should put to rest the arguments that companies are being unfairly prosecuted for the actions of ‘rogue’ employees.

Kudos to the Cassins for the first FCPA Blog Conference