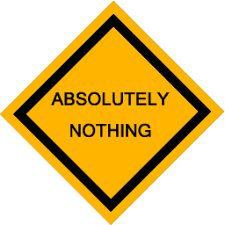 In a stunning rebuke of the Department of Justice’s (DOJ) trial strategy, all defendants in the second group of Gun Sting defendants walked out of the federal courthouse, still free. Two defendants were acquitted and the remaining three defendants were granted a mistrial. One defendant was dismissed at the close of the prosecution’s case in December as was the DOJ’s Foreign Corrupt Practices Act (FCPA) conspiracy count against all defendants. So, as the FCPA Professor noted, the DOJ is 0-10 in trial prosecutions in its Gun Sting case. However, that stark number does not tell the full picture of what is going on in enforcement of the FCPA.

First and foremost, not all of the Gun Sting defendants have been acquitted or even been granted mistrials, three defendants, Haim Geri, Daniel Alvarez and Jonathan Spiller all pled guilty. A fourth defendant, Richard Bistrong, reported by the FCPA Blog to be “the key intermediary between the FBI and the shot-show defendants”, pled guilty to one count of conspiracy to violate the FCPA and other statutes in 2010. So to imply the DOJ is zero in obtaining guilty verdicts and pleas for all defendants in its Gun Sting case is not precisely correct.

The defeats in the Gun Sting trials, coupled with the overturning of the guilty verdict in the Lindsey Manufacturing case and the O’Shea acquittal, have lead many commentators to make one of two arguments: (1) the DOJ is getting is comeuppance for ‘aggressive’ prosecution of the FCPA; and (2) coupled with the claim that the FCPA hurts US competitiveness overseas, it is the end of FCPA enforcement as we know it. Both positions are far wide of the mark. So what does the DOJ record for the two Gun Sting trials mean for FCPA enforcement? Absolutely nothing! As reported by the FCPA Blog, in 2011 15 companies settled FCPA enforcement actions by paying a total of $508.6 million in fines and penalties. Although this is a drop from both the number of companies which resolved FCPA enforcement actions and aggregate amount of fines and penalties paid over the previous year, this number is still significant. One need only take a look at the reported ongoing FCPA investigations to see that there is still significant enforcement occurring. As to the ‘aggressive’ DOJ enforcement, remember these enforcement actions against companies are made largely through self-disclosure. If the DOJ does not believe that there is a sufficient basis to bring an enforcement action, it will decline to prosecute the company.

What can be portended by the defeats at trial? First the whole notion that the Lindsey Manufacturing company defendants were somehow acquitted or over-zealously prosecuted is just plain wrong. They were found guilty and this guilty verdict was thrown out due to prosecutorial misconduct. As to O’Shea, it appears that the trial judge concluded that the government simply did not have enough evidence to get it to a jury. While it appears that the O’Shea case should not have gone to trial, the government at least put enough evidence forward to get to trial.

Such was not the case in the Gun Sting trials, where it appears the jury both (a) did not think the defendants were guilty, or (b) leaned so heavily towards acquittal that no unanimous decision could be made. It is still not clear why the government failed so miserably with the juries in the Gun Sting trials. It may be that people do not understand why the government would set up an apparently legitimate business transaction and then overlay a corruption case on it. After all, everyone understands that any business dealing involving illegal narcotics is illegal from the get-go. It does not matter if bribery and corruption are involved, the entire transaction is illegal. It may be the jurors did not feel the same about an underlying transaction which was clearly legal; here the sale of armaments to a foreign government, something the US government does on a routine basis.

It may also be the jury simply did not believe or even like the government’s star co-operating witness, Richard Bistrong. As reported by the FCPA Professor, Bistrong pled guilty long before any of the 2010 arrests in the Gun Sting case. He pled guilty back in 2009 which means that at least some of the time he was working undercover for the government, he had already pled guilty. This fact may have persuaded the jury in the Gun Sting trials that his testimony did not support the illegal conduct that the government claimed it supported. Or as asked by the FCPA Professor, in a post entitled “Will Bistrong’s Plea Impact The Africa Sting Cases?”, “What impact will Bistrong’s plea have in the Africa [Gun] Sting case – particularly the defendants’ expected entrapment defense?” It may have been quite a bit.

As your company’s compliance officer, what should you make of all this? My take is that you had better double down on your compliance program because I believe that the DOJ will refocus its efforts where it will have the most success, with enforcement actions against corporations. Why do I say this? First of all, there is the self-disclosure issue noted above which is now compounded by the Dodd-Frank Whistleblower provision. Second is the new norm of industry sweeps, and remember these started long before Johnson & Johnson who agreed, as part of its DPA, to turn in its competitors for alleged FCPA violations. Also name one company which will go to trial? The answer is easy because it’s none, nada, zilch and zero. After Arthur Anderson, no public US Company will go to trial in a FCPA case and risk a guilty verdict. Lindsey Manufacturing and the individual defendants went to trial because they were the company and the company was them.

So what is my take on the effect on ongoing FCPA enforcement of the failure of the DOJ to convict any of the Gun Sting defendants at trial? Once again, Absolutely nothing!

Gehrig’s Streak Ends and Compliance Week 2014 Is Near