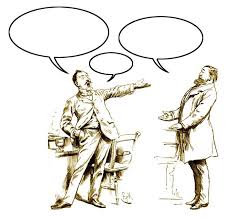 Last week I attended the 2012 Global Ethics Summit hosted by Ethisphere. The first event was a conversation between Mark Mendelsohn and Brackett Denniston, Senior Vice President and General Counsel of General Electric (GE). They both had some interesting observations on the current state of Foreign Corrupt Practices Act (FCPA) compliance. Dennison believes that the conversation on FCPA compliance has evolved to “What can organizations do to create a culture of compliance on a world-wide basis?” To answer this question he gave three overarching themes.

First it all starts with the ubiquitous “tone-at-the-top” but it means more than simply saying the right things on a regular basis. Denniston believes that senior management must “speak often and be sincere” in communicating this tone. If they are not sincere, he believes that employees will pick up on this immediately and any efforts to instill such a culture of compliance will be doomed to fail. Second, senior management must “walk the talk” through both discipline and a system of rewards. The discipline must be clear and delivered decisively. The rewards must be not only direct financial remuneration but also the internal promotion of persons who do business in an ethical manner, under the Company’s Code of Conduct. Lastly, a company as a whole must have the willingness to listen. He directed these remarks to helplines and other mechanisms where employees can report compliance violations or even raise concerns. He was clear that there must be be directly stated and enforced, that there is a no retaliation policy for all reports made in good faith. This also requires a company to keep accurate measurements of such reports and to design and refine its processes around these metrics.

Mendelsohn asked Denniston what were his three biggest challenges at GE regarding compliance and ethics. Denniston responded that the biggest challenge was in integrating acquisitions into the GE compliance culture. This is challenging in remote sites around the globe particularly in locations which do not have a senior management presence nor are visited by senior management on a regular basis. The second area is improper payments on a global basis. While noting that GE bans facilitation payments, these are still a challenge as are payments made through gifts, entertainment and travel. Lastly, he expanded his answer on the top three challenges to add regulatory compliance in general.

Denniston believes that the key for any company is how they will respond when a compliance issue arises. Within the GE world he said that the thing he worries about is that an issue will arise and the local business team will try to clean the matter and will not disclose it to the home office. From afar, such a response would appear as a cover-up of a reportable FCPA violation, even if no one in the US was involved. It could lead to a conclusion by the Department of Justice (DOJ) or Securities and Exchange Commission (SEC) of an entire failure of a company’s compliance program. Recognizing that the cover-up is always worse than the original event, this would seem to echo Number 3 of Paul McNulty’s Maxims of “What did you do when you found about it [a compliance violation]?”

Picking up on his point about one of the things a company must do is listen to its employees, Denniston re-emphasized that communication is important but that a company must also measure the effect that these communications have. Metrics are an important aspect to creating and maintaining a culture of compliance at GE because it allows the company to base its compliance program enhancements on quantifiable data. He added that this helps dissipate the confusion between quality in the overall company compliance regime and simple regulatory compliance.

In a very interesting response to a Mendelsohn question along the lines of “is there too much FCPA enforcement?” Denniston responded that he did not think so as he believes that the DOJ has “got it right.” However, he does not believe this is the case with the SEC. He said that the problem, in his opinion, is around how much “fuzziness” there is from the SEC on the credit a company will receive for a self-disclosure. This is true even if the SEC has a principle which is consistent; Denniston believes that it does not always play out so clearly in practice.

Dennison ended his remarks in responding to a Mendelsohn question on “the single best compliance innovation at GE, during his tenure?” Being a good lawyer, Denniston had three single best compliance innovations. They were (1) every year GE tried to introduce a substantive improvement to its compliance program. These improvements are generated from a variety of sources, from local business unit employees to his aforementioned metrics to lead to an enhancement. (2) The continued efforts in the company to increase reporting of any compliance issues so that they might be evaluated by an appropriate compliance professional. He gave an example of a geographic region which had an inordinately low number of reports of compliance issues, which Dennison viewed as a negative. He sought to have this number increased by a minimum of 20% annually, which was achieved. In other words, if there are no reports, GE wants to know why there are no reports. (3) He said that there is now the creation of an unanticipated risk list. This has turned into an early warning system of issues that might pop up on the compliance radar, however it also forces all employees engaged in the exercise to come up with compliance issues the company is not currently thinking about in any detail.

I Am Legend: Richard Matheson and Ethics in Your Compliance Program

Soft Skills in Remediation: Part IV – When Are You Done?