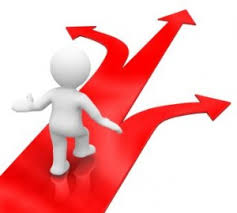 Ed. Note-today we have a post from our colleague, Michelle Sherman, a frequent commentator on social media issues.

If you cannot do it offline, you probably cannot do it online.  This is a good way to think about social media and legal ethics. We know that attorneys are not allowed to communicate with a represented party on the other side of a legal action, so it should not be surprising that trying to “friend” a party on Facebook in order to see all of their Facebook activity is not allowed by the ABA or the assorted state bar rules of professional responsibility. Cal. Rules of Professional Conduct, Rule 2-100. It is also unethical to direct someone to “friend” the other party. Some state bars have also extended this rule to unrepresented parties and witnesses. Namely, it is fine to look at their public social media presence, but attorneys cannot “friend” them or arrange for it to be done on their behalf.

A. Maintain The Confidentiality Of Your Client Communications.

Another bright line is that attorneys cannot disclose confidential information about their clients on social media. Cal. Rules of Professional Conduct, Rule 3-100. In fact, many companies prefer for their outside counsel not to publicize their courtroom wins for their clients out of concern that it will invite similar actions to be filed against the company. Companies have media relations departments to tell their story for them so attorneys should coordinate any press releases of their own with their clients. This is something to keep in mind when an attorney writes her LinkedIn profile, or posts about her work day on Facebook or Twitter.

Preserving the confidentiality of attorney-client communications, and not waiving the attorney work product protection means attorneys need to think carefully about how they post status updates on LinkedIn, and the “conversations” they are having on LinkedIn discussion groups, or on listservs. Even if a listserv is treated as a private forum for qualifying members to confer about legal issues, it does not mean that a court will treat those discussions as privileged or confidential. A plaintiff’s attorney in an employment discrimination case learned this the hard way when he was trying to quash a document subpoena seeking his writings on a listserv. In Muniz v. United Parcel Service, Inc., CV 09-1987 (N.D. Cal.), the plaintiff’s attorney allegedly made posts on the listserv in which he accused the judge of being “defense-biased”, and described the defense counsel as aggressively defending the case to the point of absurdity. Professor Georgene M. Vairo, a professor at Loyola Law School, was reported in a January 18, 2011 Los Angeles Daily Journal article, as saying that the fact that the attorney’s writings appeared on a confidential listserv does not mean work product privilege applies to them. “Given the way social media is, even when you try to keep things private, can you really have an expectation of privacy?” Vairo said.

B. Make Social Media Part Of Your Litigation Strategy.

Yet, attorneys may fall short of their duty to zealously represent their clients if they ignore social media entirely. It is a rich resource for discovery about the other side, witnesses and even prospective jurors. In Johnson v. McCullough, the Missouri Supreme Court discussed how trial attorneys should take advantage of technological advances and research prospective jurors. Thereby, hopefully avoiding the need for a motion for new trial because it is discovered much later that a juror was deliberately concealing his bias on voir dire in order to remain on the jury.

However, this research and monitoring of jurors during the case comes with some bright line rules as well.

1. Do Not Have “Contact” With Jurors Through Social Media.

Again, offline rules provide a bright line for social media contact with jurors. A study done by Reuters Legal using data from Westlaw online found that tweets from people describing themselves as prospective or sitting jurors appeared at the rate of one nearly every three minutes. Increasingly, parties are filing motions for new trials or to overturn a verdict based on juror misconduct on the Internet. In a criminal case in Camarillo, California, a juror posted a cell phone picture of the murder weapon on the Internet, and invited people on his blog to ask him questions about the case.

This monitoring needs to be done so it does not result in “contact” with the jurors. Cal. Rules of Professional Conduct, Rule 5-320. Friending jurors, or following them on Twitter, is taking it too far. On the other hand, attorneys can monitor the public posts of jurors on Facebook and Twitter without jurors realizing it.

Now assume the plaintiff’s attorney learns from social media that a juror intentionally failed to disclose she was prejudiced against the defendant manufacturer in the case, because the juror had been a victim of a similar industrial accident. The juror is someone that the attorney thought was sympathetic to his client’s case and the last thing he wants to do is lose the juror. This is the ethical question that is likely to come up for attorneys, and the answer is the same as other offline misconduct of jurors. As an officer of the court, the attorney is required to bring it to the attention of the court.

C. Avoid The Unintentional Creation Of An Attorney-Client Relationship.

Attorneys are using blogs and social media to try and develop business. A February 2012 survey by ALM Legal Intelligence, “Social Media ROI for Law Firms” found that of the law firms that are using social media and blogs – 85 percent and 70 percent respectively of the responding law firms – almost 50 percent of those firms are receiving leads from their efforts. In doing so, law firms are understandably concerned about not creating an inadvertent attorney-client relationship when someone comments on a blog or tries to engage one of their attorneys about the specifics of their particular legal issue.

These are legitimate legal concerns. In addressing an analogous situation, the State Bar of California issued a formal opinion for attorneys who have call in radio shows on legal issues. The State Bar recommended that the attorney radio host: (1) remind callers that they are speaking on a public forum so nothing they are saying is confidential; and (2) encourage callers to seek advice from an attorney about their specific problem. Formal Opinion No. 2003-164. It is also recommended that the law firm pre-screen comments before they are posted on the blog site to edit posts that may potentially create a problem. Also, do not answer fact specific questions – rephrase the question to a broader legal issue that may be of interest to the broader audience to whom you are writing or speaking. And, finally, keep your responses in the public forum so there is no expectation of a confidential attorney-client relationship.

This publication contains general information only and is based on the experiences and research of the author. The author is not, by means of this publication, rendering business, legal advice, or other professional advice or services. This publication is not a substitute for such legal advice or services, nor should it be used as a basis for any decision or action that may affect your business. Before making any decision or taking any action that may affect your business, you should consult a qualified legal advisor. The author, his affiliates, and related entities shall not be responsible for any loss sustained by any person or entity that relies on this publication. The Author gives his permission to link, post, distribute, or reference this article for any lawful purpose, provided attribution is made to the author.

Nixon Goes to China and Management of Third Party Relationships