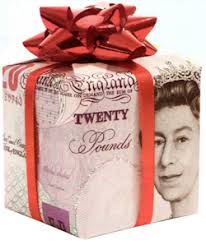 To give or not to give? That is certainly a question but it may also include the question of the value of the gift. Under the Foreign Corrupt Practices Act (FCPA) and UK Bribery Act gifts and entertainment continue to bedevil compliance practitioners, business unit personnel and compliance programs in general. Yesterday at the Dow Jones Global Compliance Symposium there was a panel discussion on gifts that raised some interesting approaches.

The compliance officer reported some numbers from her company’s Ethics’ Helpline from the past year. Almost one-third of the calls which came into the Helpline were categorized as inquiries rather than reports of issues which were investigated. Of this group of inquiries, the largest single group, almost 25%, were questions about gifts and entertainment issues. So even with this rules based-bright line approach there were still many questions from the employee base on gifts and entertainment.

This monitoring was more extensive than in the rules based company. If an employee went above the overall company limit, the matter was investigated through an independent review of the amount spent; who it was spent on and the business purpose. This was then all written up and the independent investigator made a determination if a compliance issue violation had arisen. While this post-event work seems costly and disruptive to the business, the company representative said that it worked for her company.

One of the interesting discussions was on the issue of proportionality. Proportionality in the context of gifts and entertainment in anti-corruption compliance programs generally relates to the types of gifts or entertainment appropriate to be provided to a high level company official. One rule of thumb mentioned was if the entertainment provided was typical for a company executive and that executive could routinely pay for it, this was indicia that it was reasonable if provided from one senior level executive to another. There was mention of another company which had one gifts and entertainment policy for high level company officials and another policy for regular employees. All of this means that is may well be acceptable for your company President to entertain another company President at Wimbledon or other similar event.

Another panelist cautioned the audience to remember who would be reviewing gifts or entertainment in an investigation. He said that the view of Department of Justice (DOJ) attorneys, who might review such information in the context of a FCPA investigation, as to what is reasonable or even ‘modest’ is usually very different than the view of sales persons. Lastly, there was caution suggested about raising the limits of your gifts and entertainment policies if they are under review at this time. The panel believed that that current enforcement atmosphere makes such a move problematic at best.

The panel was quite good in setting out the parameters and types of gifts and entertainment policies. The message to me seemed to be the following: decide on a policy which works for your company and then follow it. But verify and verify. And finally, document, document and document.

FCPA Compliance Report-Episode 394, What is rehabilitation?

Day 15 of One Month to Innovation-Structural Innovation, the Regional Compliance Committee

FCPA Compliance Report-Episode 339, Ed Buthusiem of BRG on the Business Transformation of Compliance