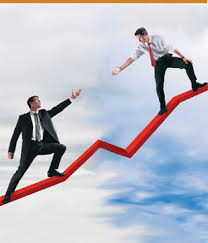 In the recent BizJet Deferred Prosecution Agreement (DPA), which detailed a litany of corrupt payments made and approved at the highest level of the company to obtain and retain business in Mexico and Panama, the company received a monetary fine of more than 30% under the low end of the amount suggested by the US Sentencing Guidelines. How did the company obtain this fine reduction? Through what the Department of Justice (DOJ) termed “extraordinary cooperation”. I have often wondered what the term “extraordinary cooperation” meant so when I attended a panel at the recent 2012 Global Ethics Summit, entitled “Engaging with the Government: What’s Changed?” I put that question to panelist Ty Cobb, a partner in the Washington DC office of Hogan Lovells.

As a general rule, Cobb noted that ‘extraordinary cooperation’ will not be the definition given by the company but by the DOJ. This is an important discussion to have with your client very early on to set a proper expectation. A company must be credible at all times, it cannot selectively report facts but must report both good and bad facts to the DOJ. Lastly, each matter is a separate negotiation and must stand on its own feet. He said that a company does not have to completely roll over to every request made by the DOJ as there can and should be negotiations by investigative or other specialized counsel who interact with the DOJ throughout the process.

Cobb also provided some guidance on the specific steps which might lead to a penalty reduction.

Did you go high enough?

Did your retraining go down low enough?

Here Cobb focused on retraining of employees. He said that it was important that your post incident training go down to an appropriate level of employees in the company. While he did not say how low that level might be, clearly the better approach would be to over-include rather than under-include for training. This seems to imply that full and significant training must be provided to more than simply high risk employees.

A company’s investigative team will probably have to review thousands if not millions of pages of documents and electronic communications. Obviously a summary of the relevant documents and electronic communications will need to be provided to the DOJ but if the government wants access to the full set of documents, that will also be required. Access to employees for DOJ interviews will also be required. This can be tricky as it may intersect with ‘did you go high enough’ listed above regarding termination. Many companies desire to terminate employees determined to be involved in such conduct immediately but if you do so, they may not cooperate with an internal investigation. It may also make it difficult for your company to make such terminated employees available to the DOJ for interview.

One of the things consistently mentioned in DPAs and Non-Prosecution Agreements (NPAs) is that a company which reaches such an agreement with the DOJ always agrees to institute a rigorous compliance program going forward. As the compliance programs listed in Attachment C (or Attachment B to a NPA) are monikered as minimum best practices this would seem to indicate that the companies involved went beyond the minimum. DPAs, such as the Johnson and Johnson (J&J) DPA, go so far as to create and embrace “Enhanced Compliance Obligations” which detail compliance policies and procedures which go beyond the minimum best practices.

The BizJet DPA also includes a concept which has appeared in several recent DPAs. BizJet agreed that it would report “at no less that twelve-month intervals during the three year term” [of the DPA] to the DOJ on “remediation and implementation of the compliance program and internal controls, policies and procedures” as set forth in the DPA. The initial report was required to be delivered one year from the date of the DPA and would also include BizJet’s proposals “reasonably designed to improve BizJet’s internal controls, policies and procedures for ensuring compliance with the FCPA and other applicable anti-corruption laws.”

Cobb’s observations, together with the information that can be gleaned from the BizJet DPA, provide some general parameters that a compliance practitioner may use to understand more completely what the term ‘extraordinary cooperation’ might be defined from the perspective of  the DOJ. The DOJ has consistently rewarded companies which provide such cooperation with penalties below those suggested by the US Sentencing Guidelines. However, such cooperation is not a walk in the park and as someone who has worked at a company during a very intensive post-DPA monitorship, I can attest that such cooperation is far beyond ‘normal’ cooperation and truly is ‘extraordinary’. Yet at the end of the day, the internal cost appears to be well worth it.

Excellence in Training-Episode 9: The Future of Compliance Training

The Sioux at Little Bighorn and Using Risk Going Forward

Compliance into the Weeds-Episode 44, Compliance and the Cannabis Industry