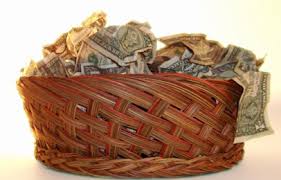 The recent events surrounding Wynn Casinos and its now former director, Kazuo Okada, have almost been breath-taking in their family feud nature. Indeed in an article in the March 2, 2012 edition of the Wall Street Journal (WSJ), entitled “The Family Feud That Could Cost Combatants Billions”, reporter John Bussey called it the “slug-it-out-divorce” by Steve Wynn from his former partner, Okada. Wynn provided the opening salvo in this battle of titans by summarily booting Okada off the Wynn Casino Board of Directors and “forcibly cashed out” his stake in the company, all for alleged violations of the Foreign Corrupt Practices Act (FCPA).

However, Okada appears to have fired back a FCPA-based salvo of his own. In the same edition of the WSJ, another article reported on Wynn Casinos and another potential FCPA violation. It involved a gift of $135 Million by Wynn Casinos to a foundation which supports the University of Macau. The article on this donation was entitled “Macau School Ties Roil Wynn Resorts” and was co-authored by Kate O’Keefe and Alexandra Berzon. They reported that Okada had gone to a Nevada state court to request an order that Wynn Casinos “give him access to documents tied to the donations.” One of the reasons Okada detailed in his court request was to determine if the gift by Wynn Casinos to the University of Macau was “an appropriate use of corporate funds.”

I would also ask whether the gift was proper under the FCPA. There is not much definitive guidance for charitable donations under the FCPA. I have summarized the available information as follows.

There have been four Opinion Releases in the area of charitable donations under the FCPA. In each Opinion Release, the Department of Justice (DOJ) indicated that it would not initiate prosecutions based upon the fact scenarios presented to it.

South Asia, in an area where was no medical facility. The energy company planned to donate $10 million for equipment and other costs to a medical complex that was under construction nearby. The donation would be made through a US charitable organization and a South Asian LLC.

The energy company stated it would do three things with respect to this donation.

Asia, in an area where there was no primary-level school. The utility company planned to donate $100,000 for construction and other costs to a government entity that proposed to build an elementary school nearby. Before releasing funds, the utility company said it would require certain guarantees from the government entity regarding the project, including that the funds would be used exclusively for the school.

This request was from a Delaware company doing business in Africa. The company desired to initiate a pilot project under which it would contribute $25,000 to the Ministry of Finance in the country to improve local enforcement of anti-counterfeiting laws. The contribution would fund incentive awards to local customs officials, which is needed because this African country is a major transit point for illicit trade and the local customs officials have no incentive to prevent the contraband.

The company said that along with the contribution, it would execute an agreement with the Ministry to encourage exchange of information and establish procedures and criteria for incentive awards. The company said that if the program is successful, the awards would continue to be funded as needed, and the company will seek the participation of its competitors in this program.

The company would implement at least five safeguards to ensure the funds would be used as intended, including:

A US Company desired to move from a charitable entity model to a for profit model in the area of micro-financing. To do so it was required to make a large cash donation to a charity in the country in question. The company engaged in three rounds of due diligence in which it determined that the most favorable candidate had a government official on its Board of Directors but that under the laws of the country in question, the government official could not receive compensation to sit as a Board member. After initially listing the 3 levels of due diligence in which the company had engaged prior to finalizing its choice of local entity to receive the donation in question; the DOJ noted that the donation ‘requested’ of the US Company would be subject to the following controls:

There appears to be only one FCPA enforcement action based entirely upon charitable giving. It is the case of Schering-Plough Poland which paid a $500,000 civil penalty assessed by the Securities and Exchange Commission (SEC) in 2008. (For a copy of the SEC Compliant, click here.) As reported in the FCPA Blog, the Company’s Polish subsidiary made improper payments to a charitable organization named the Chudow Castle Foundation, which was headed by an individual who was the Director of the Silesian Health Fund during the time period in question. Schering-Plough is a pharmaceutical company and the Director of the Health Fund provided money for the purchase of products manufactured by Schering-Plough as well as influencing medical institutions, such as hospitals, in their purchase of pharmaceutical products through the allocation of health fund resources. In addition to the above, the SEC found that Schering-Plough did not accurately record these charitable donations on the company’s books and records.

The FCPA Blog reported, in a posting entitled “When is Charity a Bribe?”, that when asked about the guidelines regarding requests for charitable giving and the FCPA, then Deputy Chief of the Criminal Division’s Fraud Section at the DOJ Mark Mendelsohn, said that any such request must be evaluated on its own merits. He advocated a “common sense” approach in identifying and clearing Red Flags. Some of the areas of inquiry would include answers to the following questions.

So what of Wynn Casinos and its $135 Million donation? Did Wynn perform the types of analysis suggested by the Opinion Releases? The WSJ article reports that the Chairman of Wynn’s Committee “told analysts last month that the donation was vetted in advance by outside experts,” relative to the FCPA. The donation is apparently not for construction or other infrastructure projects but “the gift will support academic activities.” The WSJ article also reports that the Board of the University foundation includes “current and former government officials” and “a member of the committee to elect Macau’s chief executive”, who is the chancellor of the university. Lastly the article reports that the Securities and Exchange Commission (SEC) has “begun an inquiry into the donation.”

We may reasonably conclude from both of these WSJ articles that Wynn Casinos will be in for a long, long road of FCPA investigations.

Everything Compliance-Episode 29, the Four of a Kind Edition

The Hound of the Baskervilles – Questions, Questions and More Questions for Wal-Mart

Farewell to John Reed, the Death of Pennoyer v. Neff and the Elbit FCPA Enforcement Action