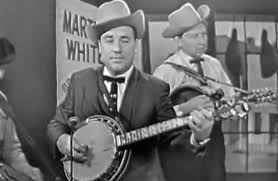 Last Thursday, Earl Scruggs died. He was one of the musician’s most responsible for my development in learning about, and appreciating, different styles of music. For musicians, he basically invented and then popularized the 3 finger picking style on the 5 string banjo. For popular culture, he is probably best known for his work with guitarist Lester Flats, including the timeless hit “Foggy Mountain Breakdown”, the theme song from the movie Bonnie and Clyde, and for “Ballad of Jed Clampett” from the 1960s television show, The Beverly Hillbillies. However, for me, it was after he split with Lester Flats and started the Earl Scruggs Revue, with his sons and several other musicians. In the Revue, he fused rock, country, blues, folk and jazz with bluegrass in a way that I still find fresh and powerful today.

So what is the lesson of Earl Scruggs for the compliance practitioner? It is this, even if you develop a completely new style that makes you one of the foremost experts in an area, you can still evolve. Further, the style you use may have significant effects on other styles, even in the fight against bribery and corruption. For the compliance practitioner, this comes to mind with some news out of the world of anti-money laundering. We began the week with the notice from the UK Financial Services Authority of the agreed upon penalty with Coutts, a UK private banking entity. As reported in The Telegraph, in an article entitled “Coutts agrees to settle FSA fine for reduced fee”, Coutts was fined £8.75m (just over $14MM) “and severely censured by the UK’s Financial Services Authority (FSA) for failing to undertake sufficient anti-money laundering checks on their customers.” The Telegraph reporter Mike Goldman, quoting from the FSA report, wrote “The failings at Coutts were serious, systemic and were allowed to persist for almost three years,…Coutts was expanding its customer base during the Relevant Period and staff were incentivised in part to increase the number of customers taken on. As such, it was important that there were appropriate systems and controls in place, including with respect to the risk of money laundering. The weaknesses in Coutts’ controls resulted in an unacceptable risk of handling the proceeds of crime.”

On the heels of this enforcement action, the FSA followed last Thursday with the release of a report that included a review of 15 British banks who lacked sufficient anti-corruption and bribery checks. In an article in the New York Times (NYT), entitled “British Banks Called Weak In Checking Corruption”, Julie Werdigier reported on a FSA report which reviewed certain British banks during the second half of 2011. The review is a part of the FSA’s ongoing efforts “to improve the controls of ethical business behavior among financial institutions with offices in London.” The selection of the banks for review was based upon the high risk nature of the countries in which they were operating.

The FSA Director was quoted in a statement as saying, “Despite the high profile of the issue, the investment banking sector has been too slow and too reactive in managing bribery and corruption risk.” Further, the FSA found policies and procedures for gifts and entertainment were found to be lacking as well as the capacity for checking the backgrounds of prospective employees. The FSA also noted that gifts were not always correctly recorded and that it found instances of inappropriate hospitality.

The importance of having a robust anti-money laundering program was once again made clear last week when the Milan Branch of JPMorgan Chase closed a Vatican-held bank account based upon the suspicion of money laundering. In an article in The Daily Beast, entitled “JPMorgan Chase Closes Vatican Bank Account”, reporter Barbie Latza Nadeau discusses Chase’s decision to close the account “on speculation that the account is being used for less-than-immaculate financial deeds…after Vatican bankers were “unable to respond to a series of requests about questionable money transfers.” This was a continuation of bad news for Vatican banking as early this month, the US Department of State listed the Vatican as a “jurisdiction of concern for its money-laundering practices.”

Lastly, we take note of a French effort in the fight against global corruption. As reported in the Wall Street Journal (WSJ), in an article entitled “French Seize Assets of African Official”, France’s “top court allowed Transparency International to proceed” with a lawsuit against the son of the President of Equatorial Guinea. The son, while employed as the Minister of Agriculture of the country with an annual salary of $100,000, had the following items seized, “valuable paintings, vintage wines and multimillion dollar cars.” When his home was raided earlier in the year, the French officials found “a sauna, a movie theater, a nightclub, a beauty parlor, a spacious bathroom with gold-plated faucets, a wine cellar, and several other rooms decorated with marble statues and Fabergé eggs, according to court documents. Investigators seized all of the furniture that could be carried out, added a person familiar with the matter.” Ominously, the government of Equatorial Guinea warned the group’s lawsuit would “rupture relations” and that French companies would pay the price “from this situation.”

Just as Earl Scruggs led a musical revolution, first in bluegrass with his new picking style, then in expanding the boundaries of the genre, the fight against bribery and corruption is widening. If you are a compliance practitioner, you should take note of these international developments and have your company ready to respond.

This Week in FCPA-Episode 14, the Wolf of Wall Street Edition