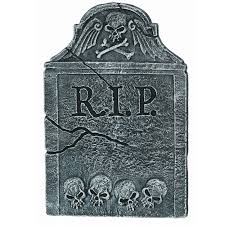 In a development that can only be called stunning, the New York Times (NYT) on Sunday, April 22, 2012, reported, in an article entitled “Vast Mexico Bribery Case Hushed Up by Wal-Mart After Top-Level Struggle”, on an alleged multi-year bribery and corruption scheme advanced by Wal-Mart in its Mexico operations. The alleged bribery scheme was truly breath-taking in its scope and operation. I am certain others will write about it extensively, beginning as soon as today, and I certainly will review the article in greater depth in upcoming blog posts, the first thing that struck me is that this case will sound the death knell for any efforts to amend the Foreign Corrupt Practices Act (FCPA). Whether you believe such efforts constitute badly needed reform because the Department of Justice (DOJ) has gone too far in enforcement; that any amendments would water down the FCPA and simply make bribery easier; or perhaps some minor clarification of certain terms and definitions is needed; I think you can kiss all of that good-bye.

As reported in the NYT article, Wal-Mart executives at its Mexico subsidiary, Wal-Mart de Mexico, “had orchestrated a campaign of bribery to win market dominance. In its rush to build stores, he said, the company had paid bribes to obtain permits in virtually every corner of the country.” This alleged bribery scheme included routine payments to Mexican governmental officials for “every conceivable type of permit, license, piece of paper, or any other type of approval needed or required to plan, build and operate a Wal-Mart in Mexico. Literally, millions of peso was paid out for everything from routine approvals to extraordinary consents.”

To facilitate this alleged bribery scheme Wal-Mart de Mexico kept two sets of books on the illegal payments through third party agents, which were made to Mexican governmental officials. As reported, Wal-Mart de Mexico “targeted mayors and city council members, obscure urban planners, low-level bureaucrats who issued permits  – anyone with the power to thwart Wal-Mart’s growth. The bribes, he said, bought zoning approvals, reductions in environmental impact fees and the allegiance of neighborhood leaders.” These payments were coded in a manner which hid their true basis. Later, reporting sent to the home office, in Bentonville, AR, were scrubbed so that the illegal payments were moniked as “legal fees”.

The time frames of the events reported were from the 1990’s to 2006. It is unclear if any alleged bribes were paid after this time. The purpose of the alleged bribes “was to build hundreds of new stores so fast that competitors would not have time to react. Bribes, he explained, accelerated growth. They got zoning maps changed. They made environmental objections vanish. Permits that typically took months to process magically materialized in days. What we were buying was time”. The article also reported that “Wal-Mart de Mexico was the company’s brightest success story, pitched to investors as a model for future growth. (Today, one in five Wal-Mart stores is in Mexico.)”

The End of FCPA Amendment

So how does all of this portend the end of efforts to amend the FCPA? As reported, “Wal-Mart’s ethics policy offered clear direction. “Never cover up or ignore an ethics problem,” the policy states.” What do you think a compliance defense would do for Wal-Mart about now? Wal-Mart prided itself on its world-wide FCPA anti-corruption compliance program. The claim that companies would act more ethically and in compliance if they could rely on a compliance defense would seem to be negated by facts reported about Wal-Mart. Do these facts seem like a rogue employee or even junta of rogue Mexican employees going off on their own? Whatever your thoughts on that question may be, it certainly appears that having a best practices compliance program did not lead to Wal-Mart doing business more ethically. And what if Wal-Mart’s corporate headquarters in Bentonville AR was not involved in any illegal conduct or even kept in the dark by Wal-Mart de Mexico? What does that say about having a robust compliance program?

Amending the FCPA to protect corporate headquarters in the US from liability under the doctrine of Respondeat Superior? You can forget about that happening in a heartbeat. No one can argue with anything close to a straight face that this problem was exclusive to Mexico. The corporate parent received the benefits from any profits made due to the bribery so it is difficult to imagine why a corporation should not be a part of any enforcement action. And as the FCPA Professor recently noted in a blog post, entitled “A Q&A with Claudius Sokenu on Where Else?””, that question may be close to someone’s thoughts at the DOJ about now.

How about that grace period for those companies which have a compliance program and self-reporting violations? Wal-Mart corporate was made aware of the allegations set forth in the NYT article in 2004 and chose not to self-report. As noted in the article “Neither American nor Mexican law enforcement officials were notified. None of Wal-Mart de Mexico’s leaders were disciplined. Indeed, its chief executive, Eduardo Castro-Wright, identified by the former executive as the driving force behind years of bribery, was promoted to vice chairman of Wal-Mart in 2008.” Indeed Wal-Mart did not report (I cannot say self-disclose) any FCPA investigation to the DOJ and Securities and Exchange Commission (SEC) until after the NYT notified those agencies that it was investigating these allegations back in 2011. As stated in the article, “Until this article, the allegations and Wal-Mart’s investigation had never been publicly disclosed.” How’s that for transparency in a publicly held US company? If a company as ethical as Wal-Mart will not self-disclose, what does that say about the rest of corporate America and its thinking on self-disclosure?

How about those claims that US companies were being unfairly prosecuted because they did not know their counter-parties were employees of state owned enterprises or that the person they were lavishly entertaining was an official of a foreign government? You mean those “targeted mayors and city council members, obscure urban planners, low-level bureaucrats who issued permits – anyone with the power to thwart Wal-Mart’s growth”? Whatever the merits of those companies who said “it’s not fair – we didn’t know” they were a government official – waive that proposed amendment bye-bye, with both arms over your head.

So whether you were pro or anti-FCPA amendment, I think that you have Wal-Mart to thank for the fact that any such thoughts now will Rest in Peace as this new saga in FCPA enforcement moves forward.

The Lascaux Cave Paintings and Mergers and Acquisitions under the FCPA

Chesapeake Lighthouses and Lighting the Way for Compliance

Emoploying "GESTORES" (middle men who are employed to connect people and processes) is a generally accepted process in Spanish speaking countries. Majority of times, it is a very grey area since the employer who employs the GESTORES does not know full details and / or not supposed to know who a GESTOR acts/does the job and are accomplished to get results. There are also family connections in some GESTIONES (work). I have seen, been there and done with these GESTORES over two and half decades and live to tell the tales. All most of all foreign companies employ these GESTORES, including some local corporations. These GESTORES are well suited to foreign owned managed corporations where their mantras and mentality: 'WHAT EVER IS NECESSARY, WHATEVER IT TAKES, YOU GOT A JOB, IT MUST BE DONE, I DON'T WANT TO KNOW, GET IT DONE" etc. Pharmaceuticals, Oil and Gas, Banking, Retail and all others are of no excecptions but well known to have employed these GESTORES. There is plenty of meat to go around for DOJ, UKBA and even OECD.

Bid surprise? This is just part of the "get everything you can and satisfy the shareholders" mentality that persists in the US and worldwide. The US is trying to fix a worldwide problem by punishing our US companies with our usual holier than thou attitude. The US is the only one fighting this problem (other countries may look like they're doing something) but this is another one-sided war.