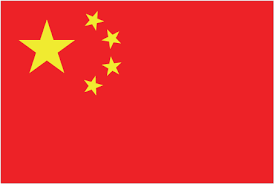 At the recent Dow Jones Global Compliance Symposium, Scott Lane, President and Chief Executive Officer (CEO) of the Red Flag group, talked about this new Chinese anti-corruption legislation, contrasted it with the US Foreign Corrupt Practices Act (FCPA) and UK Bribery Act and then raised some key interpretive questions that are yet unanswered. He prepared for me the text of the Amendment and a written summary of his remarks which forms the basis of this article.

Initially Lane noted that the key to the new law is “what’s not said” and the laws implementing regulations. The text of the Amendment (for a western trained lawyer) is amazingly brief. It reads:

Whoever, for the purpose of seeking illegitimate commercial benefits, gives money or property to any foreign public official or official of an international public organization, shall be punished in accordance with the provisions of the preceding paragraph (i.e., the pre-existing Article 164)

The pre-existing Article 164 criminalized the commercial bribery of giving money or property to any employee of a company, an enterprise or other institutions for the purpose of seeking illegitimate benefits. The Amendment also provides:

•       Corporate and Individual Liability: Personnel in an entity (including, but not limited to, companies) who are in charge of the offense or bear other direct responsibility are subject to such penalties, and the entity itself is subject to a fine.

•       Size of Payments that Constitute a Criminal Offense: Although Article 164 does not specify the thresholds for criminality, under relevant interpretations by the Supreme People’s Court (SPC), the criminality threshold for giving a bribe is RMB10,000 (approximately $1,550 USD). As such, payments of less than RMB10,000 would not constitute a criminal offense.

•       Voluntary Disclosure: Article 164 provides for leniency if the perpetrator voluntarily reports the violation before an investigation has been initiated.

Jurisdiction of the Amendment

Under the Criminal Law, the Article 164 (with the Amendment) shall apply to:

•       All Chinese citizens, wherever located on a world-wide basis;

•       All individuals of any nationalities within China; and

•       All companies, enterprises, and institutions organized under or regulated by Chinese law, which generally includes, in addition to domestic companies, Sino-foreign joint ventures, wholly foreign-owned enterprises, and representative offices.

The Amendment does not define key terms such as “illegitimate commercial benefits”, “money or property”, or “foreign public officials”. The pre-existing opinions issued by the SPC and the Supreme People’s Procuratorate (SPP) in connection with commercial bribery (“the Opinions”) may be used as references.

Currently, it is unclear whether there are any differences between the “illegitimate commercial benefits” and “illegitimate benefits”. The narrowed description in the Amendment may mean that certain activities that are prohibited in a domestic context may be permissible in a foreign context.

Regarding the terms “money or property”, according to the Opinions, it includes not only money and property in kind, but also property whose value may be calculated in monetary terms, such as provision of home decoration, membership cards having monetary value, token cards, and travel expenses.

It is also possible that, as a member of the UN Convention Against Corruption (UNCAC), China may use the definition of “foreign public officials” under the UNCAC which refers to any person holding a legislative, executive, administrative or judicial office of a country, and any person exercising a public function for a country, including for a public agency or public enterprise.

Comparing to the FCPA and UK Bribery Act

The FCPA Professor noted that “The Amendment is a rather high-level law, whereas the text of the FCPA includes considerably more detail, even if the interpretation of those details is being actively debated and litigated. The absence of clear definitions, exceptions, and affirmative defenses also would appear to require PRC prosecutors to exercise somewhat more discretion in interpreting and enforcing the law.” Lane had the following comparisons:

•       It is generally understood from statutory provisions that the Amendment is against only the actual payment and not merely offers or promises or authorization thereof to pay.

•       The interpretation on “money or property” in the Amendment may be not as broad as “anything of value” under the FCPA.

•       Unlike the FCPA, the Amendment does not contain an exception for “facilitating payments”. Given that Chinese companies have a large presence in developing countries, in South Africa and elsewhere, where facilitating payments are often seen as necessary for conducting business, it is possible that China will have a higher tolerance on such payments.

•       Unlike the FCPA, the Amendment does not specify any exceptions regarding “reasonable and bona fide expenditures” either. However, given the culture of hospitality prevalent in China, it is possible that modest payments for hospitality and gifts won’t be interpreted as to seek “illegitimate commercial benefits”.

•       Unlike the UK Bribery Act, the Amendment does not provide any affirmative defenses such as “adequate procedures”.

As noted by the FCPA Professor, it is not clear if “China is really going to enforce this law against its own companies operating outside of China.” He believes that “China’s enforcement of its domestic bribery laws historically has been somewhat uneven and focused mainly on the demand side.” However, he considers that the Chinese “government has shown an increasing willingness to target bribe-payers as well, as corruption remains a primary concern of the general population and thus a concern for the government and ruling Communist Party, which is at its core focused on social stability.” He concluded his post by stating that “It remains to be seen whether the Amendment will actually be enforced in a way that deters bribe-paying by PRC companies and citizens.”

Lane concluded that the Chinese legislation demonstrates a key reason why anti-corruption and anti-bribery legislation like the FCPA and Bribery Act are helping business development on a world-wide basis. The Chinese understand that if they are going to join the international business community they will have to play by certain rules, such as these now well-known international business standards. Interestingly, Lane noted that the one thing that the current Chinese government fears the most is political unrest. By fighting corruption, this effort could help lead to greater stability in the country.

Whatever the reasons for the passage of this Chinese anti-corruption legislation, I believe that it is welcome addition to the list of nations adopting such measures. It shows once again the effect of the FCPA in encouraging other companies to aid in the fight against bribery and corruption in the international business arena.

The author wishes to thank Scott Lane for providing the text of his remarks. The Red Flag Group provides a wide range of consulting and compliance services to multinational companies, with a key focus on delivering practical, business-oriented advice and solutions to manage risk and improve corporate compliance programs. Mr. Lane can be reached via email at scott.lane@redflaggroup.com.