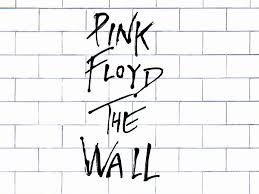 Roger Waters is currently touring with a massive audio visual presentation of Pink Floyd’s “The Wall”. The show is so spectacular that it was recently profiled on 60 Minutes. I thought about the album, Water’s show and the message of The Wall reading this week’s Corner Office Section in the Sunday New York Times (NYT).

One of the most important things that I got out of this interview is that sometimes you just hit the brick wall. You carefully plan a strategy, implement the planned strategy and then measure the results but it falls completely flat. In other words, you hit the proverbial brick wall. So what should happen? Should you be fired for trying something that does not work? Be sent off for a two year punishment detail at some far flung company outpost? This is not the tack taken by Kyle Zimmer, Chief Executive Officer (CEO) and co-founder of First Book as discussed in an article, entitled “So, Your Idea Hit a Brick Wall. Congratulations!” by reporter Adam Bryant. Zimmer instead may reward such activity through her company’s ‘Brick Wall Reward’; which is Zimmer’s way of saying, “It’s O.K., you did the thinking, and you gave it your best shot, and it crashed, but it was an honorable step.”

Failure as a Positive

Why does Zimmer believe that such failure can be ‘an honorable step’? She considers that our culture teaches us to “fear failure” which she thinks is a huge mistake. The reason is that if you are out there trying something, “you’re going to fail way more than you succeed.” Or put another way, “You can fail without ever succeeding, but you can’t succeed without ever failing.” To that end Zimmer begins to explore this question during her initial interview process with prospective hires. She asks the interviewee “Have you ever started anything? From the time you were little, did you invent anything? An organization? Did you start a club?” Then I’ll ask, “What was the hardest part of that? What about failure? Talk to me about failure.” She believes that not only do people learn from their mistakes and become better employees but also in her organization, “the times we’ve been most creative were a result of the pressure of a failure or near failure.”

Everyone Needs a Reason to Play

Zimmer gave several other concepts which she has learned that are excellent tips for the compliance practitioners. One expanded upon the old 90s maxim ‘Win-Win”. She explained that team concept is paramount for a chance at long term success. This is because more people are invested in the outcome; they will be more willing to participate. Zimmer stated, “I learned that the best business deals are the ones that are brilliantly crafted so that everybody has a reason to play.” So, more than making others in your organization winners, try a new initiative with your employees, if you can invest them in the process, you will have a greater chance to sustain the initiative.

Not a word usually associated with lawyers. However, in addition to being a CEO, Zimmer is also a Juris Doctor. But particularly in starting the entity, First Book, which is a non-profit company which provides books for children in need, Zimmer realized that she was learning about the publishing industry ‘from the ground up”. Even if she wanted to have all the answers, she simply could not because she did not have the professional training. So she learned to reach out to “as many brilliant minds” as she could find. Ultimately, she realized “that it really didn’t matter if I knew anything. What mattered is whether I could get people to the table who did, because you’re never going to know enough.”

Zimmer values the concept of team building quite high on the scale of importance in First Book. For this trait, Zimmer looks for employees who “have tried things, and have failed, and have risen above it.” If someone is accomplished, this generally means that the person is a builder and has already developed the skills to overcome setbacks. She has found that “people who have tried things on their own and struggled are the ones who are least protective of their work and the most collaborative.” This is because in the corporate world the myth of the lone scientist working in his or her lab to create the next thing is simply that, a myth. She believes that organizational accomplishment is a team sport and those are the people that she wants in her company.

Just as Roger Water’s message in his current tour is that it is really only walls that separate us and that they can come down, I found Zimmer’s ideas to be quite useful in the compliance context. Fear of failure is rife in the corporate world but she clearly articulates some reasons why it should not be viewed as such. More importantly, her thoughts on  team concepts and that if employees are invested in the process, it will make for stronger and more long-lasting end results and these are important points for the compliance practitioner to take away from this article.

Doing Business in Cuba Under the FCPA, Part V

What is a Compliance Evangelist?