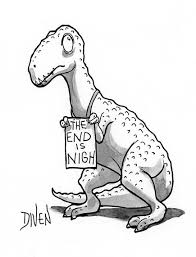 Less than three months after he ruled against Major League Baseball (MLB) in the Ryan Braun suspension, Arbitrator Shyman Das was fired by MLB. He had been an approved arbitrator under the MLB Collective Bargaining Agreement for almost 13 years before he was abruptly terminated by MLB. In an article in the New York Times (NYT), entitled “Arbitrator Who Overturned Braun’s 50-Game Suspension Is Fired”, an un-named “person with knowledge of the decision said that the Braun decision was only one of several factors that led to Das’ dismissal.” Apparently MLB thought it was the National Football League (NFL) in that if you don’t play my way, you can take the highway. Or maybe MLB will just fire every arbitrator who rules against it until there are no arbitrators left.

This firing of an arbitrator, whose job it is to follow the collective bargaining agreement in making his rulings, reminded me of the issue of fairness as a key component of a compliance program. I have written about the Fair Process Doctrine, which generally recognizes that there are fair procedures, not arbitrary ones, in a process involving rights. Considerable research has shown that people are more willing to accept negative, unfavorable, and non-preferred outcomes when they are arrived at by processes and procedures that are perceived as fair.

However, there is another way to look at fairness in the compliance context. In the recent IQPC, Contract Risk Management conference, held in Houston, I led a panel discussion on Foreign Corrupt Practices Act (FCPA) compliance issues. One of the panelists talked about fairness in the context of administration of your compliance program. Another way to view it might be termed consistency, but I was intrigued that he chose to use the word ‘fairness’. He said that if you are going to discipline an employee for violation of your Company’s Code of Conduct or Code of Business Ethics, you must do so consistently across the board. Discipline must not only be administered fairly but it must be administered uniformly across the company for the violation of any compliance policy. Simply put, if you are going to fire employees in South America for lying on their expense reports, you have to fire them in North America for the same offense. It cannot matter that the North American employee is a friend of yours or worse yet a ‘high producer’. Failure to administer discipline uniformly will destroy any vestige of credibility that you may have developed.

In addition to the area of discipline, which may be administered after the completion of any compliance investigation, you must also place compliance firmly as a part of ongoing employee evaluations and promotions. If your company is seen to advance and only reward employees who achieve their numbers by “whatever means necessary”, other employees will certainly take note and it will be understood what management evaluates and rewards employees upon.

I believe that in many ways, Andre Agassi was right that “perception is reality”. If your employees perceive that your compliance program is administered fairly, there is a much better chance that they will buy into the compliance program and have faith in it. However, if you fire employees in Brazil for falsifying expense reports and do not do so when US employees engage in the same behavior, this may well destroy the credibility that you have worked hard to build up.

Fortunately MLB cannot always act in such a unilateral manner, as MLB players have a collective bargaining agreement which protects them, somewhat, from arbitrary and capricious actions by MLB. However, not all employees have such protections and, subsequently, this means that compliance practitioners must make fairness a part of any compliance program going forward.

We end by noting that the Mayan calendar predicts the end of the world in 2012. This past week saw two potential indicia of this phenomenon. First Manchester City won the English Premier League title with two goals scored during extra time in the final game of the season AND the Baltimore Orioles not only lead the American League East for the first time in 20 years but have the best record in baseball. Happy weekend to all….

How to Create a Post-Acquisition FCPA Compliance Program Integration Plan

This Week in FCPA-Episode 145 – Conferencing in America edition

The Alchemist of Comedy and Utility Industry Compliance