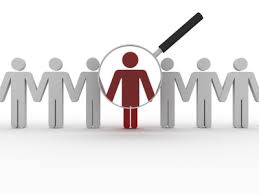 Ed. Note-today we have a guest post by Scott Lane, President of the Red Flag Group.

Internet giant Yahoo! has now been forced to undertake another extensive search for a Chief Executive Officer to help salvage its underperforming business. Today it was announced that Scott Thompson would be stepping down from his recently appointed position at the company in the wake of allegations surrounding the accuracy of his education record. The scenario that Yahoo! is now in serves as a reminder to organisations of the importance of conducting thorough background checks on new senior executive appointments as a means of avoiding potential shareholder disputes and detrimental publicity.

Not long after Scott Thompson was appointed CEO of Yahoo! in January 2012, rumours began circulating about the authenticity his academic credentials as detailed on his CV. Mr Thompson’s CV listed an accounting and computer science degree from Stonehill College in the United States. Daniel Loeb, the boss of the hedge fund Third Point who own 5.8% of Yahoo!, claimed that Mr Thompson had not in fact graduated with a degree in computer science. The discrepancy in Mr Thompson’s record was deemed to be the result of an “inadvertent error” by Yahoo!. Mr Loeb initiated a number of inquiries on behalf of other shareholders as to how Yahoo!’s vetting process had not picked up that Mr Thompson never graduated with a degree in computer science.

This case divided opinion as to the seriousness of Mr Thompson’s misrepresentation, particularly as his performances in previous roles had earned him considerable acclaim. However, Yahoo! had exposed themselves to potential litigation by using Mr Thompson’s degree information on regulatory filings, and the ongoing discussions about his background continued to be a distraction from becoming established in his new role. So much so that the decision has been made that Mr Thompson is to step down as CEO. Not only will Yahoo! now have to undertake another expensive and time consuming search for his replacement, his departure also comes at the expense of other existing directors who were responsible for his employment. More so, over the past number of weeks Yahoo! has been the focus of considerable media attention for all the wrong reasons, and its board’s reputation to make decisions in the best interests of all stakeholders tarnished.

This is certainly not the first time a company has suffered the indignity of having to replace senior executives. Last year the chief executive of InterContinental Hotels Group’s Asia-Pacific operations, Patrick Imardelli, resigned after it was discovered that he had misrepresented his academic record on his CV.

This issue could have been addressed if companies:

Background screening and integrity assessments should be an essential part of the hiring and promoting process. This is important with all new employees, but even more so with those moving into senior positions. The incident involving Mr Thompson will for some time remain a blight against Yahoo! in the eyes of some of its shareholders, but they will no doubt adopt screening measures to heavily scrutinise all candidates in the future. Whilst undertaking extensive screening operations can be time consuming and costly, it is not as damaging to an organisation as disharmony amongst shareholders when it is discovered that a recently appointed individual’s credentials are false.

For more information on the Red Flag Group, click here.

This Week in FCPA-Episode 55, the Covfefe Edition

The ordeal at Yahoo clearly underlines the need for more extensive background check investigations and verifications, especially at the executive and CEO level. HR representatives and management should consult a reputable private investigation firm when more extensive due diligence is required, as in this case. It is also important for Human Resource managers to recognize that checking criminals records and briefly checking a resume is not a background check, and is not prudent risk management. Often higher level verification is required. A bad hire can bring a company to bankruptcy. A comprehensive background check investigation on a potential executive or CEO should include, as a minimum, criminal and court records, CV or resume verification, character and professional references, employment and education history, professional licenses, document or passport verification and fraud screening. Depending on the nature of the position and the candidate, an even higher level investigation may be advised.

The ordeal at Yahoo emphasizes the need for higher level screening of all candidates, especially those at the executive or CEO level. First, it's important for HR personnel to understand that searching criminal records is not a background check, but merely a tool in the investigative process. A real background check is a thorough investigation which covers criminal and court records, employment and education history, resume or CV verification, character and professional references, passport or document verification, as well as professional licenses and fraud screening. Cleary, a real background check investigation was not conducted on this Yahoo CEO, and the results could have driven the company into bankruptcy. Verifications and vetting is important for all new employees, and Human Resource representatives and management should also realize their limitations, and consult a professional private investigation firm for more comprehensive verification and due diligence to minimize their risk.

Do we know yet where/how the ball was dropped? The information in the regulatory filings was replied upon, but by whom? Did they substitute the need for any kind of due diligence based on what was in the filings, or did someone do a background check but dropped the ball?