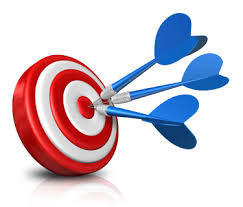 The first half of 2012 is reaching to a close and we have had several significant enforcement actions so far this year. So to commemorate all those June Bride and Bride-Grooms out there, including my parents who celebrate their 56th wedding anniversary on June 30, I have put together a couple of posts reviewing my top 6 Foreign Corrupt Practices Act (FCPA) enforcement actions for the first 6 months of 2012. At this point I cannot see any clear trends but there are some key points that provide solid advice for the compliance practitioner going forward. In today’s blog, we take up the first three, in chronological order.

We begin with a Non-Prosecution Agreement (NPA) issued in the last week of 2011 where the insurance giant Aon received a NPA from the Department of Justice (DOJ) in settling enforcement actions against it by the DOJ and Securities and Exchange Commission (SEC). Aon agreed to total fines and penalties in an amount of $16.3 MM. This is in addition to a fine previously paid to the UK Financial Services Authority (FSA) in January, 2009, of £5.25 MM (approximately $8.2 MM at today’s exchange rate).

A.     Aon’s Remedial Actions Which Led to the NPA

The DOJ stated that it entered into the NPA based “in part, on the following factors: (a) Aon’s extraordinary cooperation with the Department and the U.S. Securities and Exchange Commission (“SEC”); (b) Aon’s timely and complete disclosure of the facts described in Appendix A as well as facts relating to Aon’s improper payments in Bangladesh, Bulgaria, Egypt, Indonesia, Myanmar, Panama, the United Arab Emirates and Vietnam that it discovered during its thorough investigation of its global operations; (c) the early and extensive remedial efforts undertaken by Aon, including the substantial improvements the company has made to its anti-corruption compliance procedures; (d) the prior financial penalty of £5.25 million paid to the United Kingdom’s Financial Services Authority (“FSA”) by Aon Limited, a U.K. subsidiary of Aon, in 2009, covering the conduct in, Bangladesh, Bulgaria, Indonesia, Myanmar, the United Arab Emirates and Vietnam; and (e) the FSA’s close and continuous supervisory oversight over Aon Limited.”

The primary activity for which Aon was sanctioned was a travel and education fund, initially designed to provide funds for foreign government employees involved with insurance to travel to educational conferences. However, the funds evolved into personal use for entertainment of the officials, their wives and families. In one instance, involving a fund in Costa Rica, travel was booked through a travel agency which was owned or managed by the Costa Rican officials who were entertained with monies from the educational and training funds.

The largest portion of the Aon fine involved violations of the FCPA’s books and records requirements. The NPA noted, “With respect to the Costa Rican training funds, although Aon Limited maintained accounting records for the payments that it made from both the Brokerage Fund and the 3% Fund, these records did not accurately and fairly reflect, in reasonable detail, the purpose for which the expenses were incurred. A significant portion of the records associated with payments made through tourist agencies gave the name of the tourist agency with only generic descriptions such as “various airfares and hotel.” Additionally, to the extent that the accounting records did provide the location or purported educational seminar associated with travel expenses, in many instances they did not disclose or itemize the disproportionate amount of leisure and non-business related activities that were also included in the costs. In short, there was either no bona fide educational expense or not one which could be documented from Aon’s internal records.

Key Takeaway: You must completely document, document and document the basis of your expenditures. If there is no explanation, the assumption will be the payments are made for corrupt purposes.

The landscape of the FCPA world is littered with cases involving both agents and resellers, who are most clearly acting as representatives of the companies whose goods or services they sell in foreign countries. Many US businesses believe that the legal differences between agents/resellers and distributors insulate them from FCPA liability should the conduct of the distributor violate the Act. Under this same analysis, many US companies believe that the FCPA risk has also shifted from the US company to the foreign distributor. However, such belief is sorely miss-placed as was shown in the Smith & Nephew (SNN) enforcement action.

The FCPA violations revolved around a Greek distributor of SNN who paid bribes to Greek doctors so that they would purchase and use SNN products. SNN paid a monetary penalty of $16.8MM to the DOJ and $5.4MM to the SEC as a civil penalty, all for a total of $22.2MM in fines and penalties.

A quick review of the above chart shows the FCPA problems; very high commissions were paid with no actual services provided. Or as stated by the FCPA Professor, SNN “falsely recorded or otherwise accounted for the payments to the shell companies on its books and records as ‘marketing services’ in order to conceal the true nature of the payments in the consolidated books and records of S&N.”

Key Takeaway: If your company uses a distributor model in its sales chain, I would suggest that you review and reassess your pricing structure in light of this enforcement action.

In the bribery and corruption world, the facts of this enforcement action are about as bad as it can get. It was reported the senior company personnel had actual knowledge or approved of the payment of cash to bribe foreign governmental officials to obtain or retain business. There was also a deliberate attempt to hide the true nature of the payments. But even with these damaging facts, the company was able to receive a significant reduction on the low end of the fine range as suggested under the US Sentencing Guidelines. So how did the company achieve this?

In this case, the company made a number of corrupt payments which were characterized as “commission payments” and “referral fees” on their books and records. Payments were made from both international and bank accounts here in the United States. In other words, this was as clear a case of a pattern and practice of bribery, authorized by the highest levels of the company, paid through US banks and attempts to hide all of the above by mis-characterizing them in their books and records.

B. Reduction in Monetary Fine

I set out these facts in some detail to show the serious nature of enforcement action. However, the clear import is that a company can make a comeback in the face of very bad facts. The calculation of the fine, based upon the factors set out in the US Sentencing Guidelines, ranged between a low of $17.1MM to a high of $34.2MM. The final agreed upon monetary penalty was $11.8MM. This is obviously a significant reduction from the suggested low or high end, or as was noted by the FCPA Blog “BizJet’s reduction was 30% off the bottom of the fine range, and a whopping 65% off the top of the fine range.”

How did BizJet achieve this reduction and avoid an external monitor? As reported by the FCPA Professor, the following were factors:

(a) following discovery of the FCPA violations during the course of an internal audit of the implementation of enhanced compliance related to third-party consultants, BizJet initiated an internal investigation and voluntarily disclosed to the DOJ the misconduct …;

(b) BizJet’s cooperation has been extraordinary, including conducting an extensive internal investigation, voluntarily making US and foreign employees available for interviews, and collecting, analyzing, and organizing voluminous evidence and information for the DOJ;

(c) BizJet has engaged in extensive remediation, including terminating the officers and employees responsible for the corrupt payments, enhancing its due diligence protocol for third-party agents and consultants, and instituting heightened review of proposals and other transactional documents for all BizJet contracts;

(e) “BizJet has agreed to continue to cooperate with the DOJ in any ongoing investigation of the conduct of BizJet and its officers, directors, employees, agents, and consultants relating to violations of the FCPA.

The company avoided an external monitor. However, it agreed that it would report “at no less that twelve-month intervals during the three year term” [of the DPA] to the DOJ on “remediation and implementation of the compliance program and internal controls, policies and procedures” which were listed in Attachment C to the DPA (the DOJ guidelines for a minimum best practices compliance program). The initial report was required to be delivered one year from the date of the DPA and would also include BizJet’s proposals “reasonably designed to improve BizJet’s internal controls, policies and procedures for ensuring compliance with the FCPA and other applicable anti-corruption laws.”

Key Takeaway: What you do after you discover the bribery and corruption will go a long way towards determining your penalty. No matter how bad the facts are, if you provide ‘extraordinary cooperation’ to the enforcement agencies, you can significantly reduce your final monetary penalty.

Excellent work!!! Thanks for your blog. Corruption is the cancer of society.