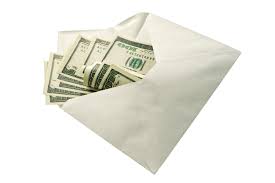 On Monday, June 18, the Department of Justice (DOJ) announced the resolution of a matter involving violations of the Foreign Corrupt Practices Act (FCPA) by Data Systems & Solutions LLC (DS&S), a US entity based in Virginia. The settlement resulted in the company agreeing to a two year and 7 day Deferred Prosecution Agreement (DPA). The case was interesting for a number of reasons and it has some significant lessons which the compliance practitioner can put into place in a corporate compliance program. The charges related to DS&S’s business included the design, installation and maintenance of instrumentation and controls systems at nuclear power plants, fossil fuel power plants and other critical infrastructure facilities. In reading the Criminal Information, I can only say that this was no one-off or rogue employee situation but this was a clear, sustained and well known bribery scheme that went on within the company.

The bribery scheme involved payments made to officials at a state-owned nuclear power facility in Lithuania, named Ignalina Nuclear Power Plant (INPP). The payments were made to allow DS&S to obtain and retain business with INPP. The Information listed contracts awarded to DS&S in the amount of over $30MM from 1999 to 2004. Significantly, DS&S did not self-disclose this matter to the DOJ but only began an investigation after receiving a DOJ Subpoena for records.

I set out these details with some specificity for two reasons. The first is that the Information is a must read for anyone in Internal Audit who reviews books and records. It gives you the precise types of Red Flags to look for. But secondly is the fact that DS&S received a discount of 30% off the low end of the penalty range as calculated under the US Sentencing Guidelines. The calculation as listed in the DPA is as follows:

The ultimate fine paid by DS&S was only $8.82MM, which the DPA states is “an approximately thirty-percent reduction off the bottom of the fine range…” So for the compliance practitioner the question is what did DS&S do to get such a dramatic reduction? We know that one thing they did NOT do was self-report as the DPA notes that this case began as a DOJ investigation and DS&S received Subpoenas “in connection with the government’s investigation.” However, after this initial delivery of Subpoenas DS&S engaged a clear pattern of conduct which led directly to this 30% discount of the low end of the fine range. The DPA reports that DS&S took the following steps:

One of the interesting aspects of the DS&S DPA is that there are 15 points listed in the Corporate Compliance Program, attached as Schedule C to the DPA, rather than the standard 13 items we have seen in every DPA since at least November 2010. The new additions are found on items 13 & 14 on page C-6 of Schedule C and deal with mergers and acquisitions. They read in full:

13. DS&S will develop and implement policies and procedures for mergers and acquisitions requiring that DS&S conduct appropriate risk-based due diligence on potential new business entities, including appropriate FCPA and anti-corruption due diligence by legal, accounting, and compliance personnel. If DS&S discovers any corrupt payments or inadequate internal controls as part of its due diligence of newly acquired entities or entities merged with DS&S, it shall report such conduct to the Department as required in Appendix B of this Agreement.

14. DS&S will ensure that DS&S’s policies and procedures regarding the anticorruption laws apply as quickly as is practicable to newly acquired businesses or entities merged with DS&S and will promptly:

b. Conduct an FCPA-specific audit of all newly acquired or merged businesses as quickly as practicable.

This language draws from and builds upon the prior Opinion Release 08-02 regarding Halliburton’s request for guidance during an attempted acquisition and the Johnson and Johnson (J&J) Enhanced Compliance Obligations which were incorporated into its DPA. While the DS&S DPA does note that it is specifically tailored as a solution to DS&S’s FCPA compliance issues, I believe that this is the type of guidance that a compliance practitioner can rely upon when advising his or her clients on what the DOJ expects during Mergers and Acquisitions (M&A). The five keys under these new items, 13 & 14 highlighted above, are: (1) develop policies and procedures for M&A work prior to engaging in such transactions; (2) full FCPA audit of any acquired entities “as quickly as practicable”; (3) report any corrupt payments or inadequate internal controls it discovers in this process to the DOJ; (4) apply DS&S anti-corruption policies and procedures to the newly acquired entities; and (5) train any persons who might “present a corruption risk to DS&S” on the company’s policies and procedures and the law.

The DS&S DPA provides some key points for the compliance practitioner. First and foremost, I believe that it demonstrates the reasonableness of the DOJ. The bribery scheme here was about as bad as it can get, short of suitcases of money carried by the CEO to pay bribes. The company did not self-report, yet received a significant reduction on the minimum level of fine. The specificity in the DPA allows a compliance practitioner to understand what type of conduct is required to not only avoid a much more significant monetary penalty but also a corporate monitor. Lastly, is the specific guidance on FCPA compliance in relation to M&A activities, to the extent that if anyone in the compliance arena did not understand what was required in the M&A context; this question would seem to be answered in the DS&S DPA.

This Week in FCPA-Episode 54, the Rubber Match Edition

Discipline and Rigor in Your Internal Controls