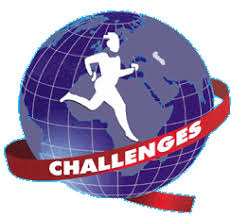 Last week I wrote a fictional piece about some of the challenges that a company might face in complying with the Foreign Corrupt Practices Act (FCPA). Unfortunately some of the concepts I wrote about are faced by companies who do business in Africa, particularly in the extractive industries. The challenges were openly discussed by Manual Vicente, recently appointed as Angola’s Minister for Economic Co-ordination, in a recent Financial Times (FT) article, entitled “Man at centre of dash for African resources rejects corruption fears”, by Tom Burgis who interviewed Vicente. Vicente had previously been the head of the state-owned oil company Sonangol for 12 years. In this article Vicente addressed the criticism that the Angolan economic model “fuses personal and state interests in the hands of a small ruling class that brooks little dissent” through the required use by any international interest of a local partner to do business in Angola.

Vicente’s candor was certainly refreshing as he termed US and UK companies’ issues with hiring local partners under the FCPA and Bribery Act with the following, “It is their problem, they have to resolve it.” The reason that native Angolans are brought into such arrangement is that by requiring such local partners, it empowers “the locals” and yes he really did say “There is no corruption in that”. The US Company Cobalt International Energy drew US Department of Justice (DOJ) scrutiny when the FT revealed that Vicente “held previously concealed stakes in Nazaki Oil and Gάz (Nazaki), Cobalt’s local partner.” Even though he was the head of Sonangol at the time, Vicente said that he was “unaware that his investment company, Grupo Aquattro International, had a stake in Nazaki.” Vicente cured the problem by removing his ownership interest in Nazaki “after he realized this.”

Cobalt lawyer Michael Goldberg stated that the company had spoken with Vicente about this issue after they became aware of it and passed along the details of the conversation to “US agencies investigating the matter.” Goldberg stated that “Based on our investigation into the entire matter, including our most recent findings, Cobalt has not violated any US or Angolan laws.”

In addition to listing out some of the difficulties US and UK companies face doing business in Angola, reporter Burgis detailed the “alliance that Vicente has forged with suitors from the east” particularly the Chinese. Burgis noted that until recently, Vicente chaired an entity named “China Sonangol” which was a joint venture of Sonangol and a group of Chinese investors. Burgis also reported that the same group of Chinese investors owns the China International Fund which has a large number of contracts to build infrastructure in Angola. China Sonangol has also “amassed Angolan oil interests” and has even been granted minority stakes in oil exploration blocks awarded to US and UK entities.

Vicente maintains throughout the article that all of this work is to combat the poverty found in Angola. Burgis ends his article with the following statement by Vicente, “The government is really serious, engaged in combatting poverty. I am a Christian guy. It doesn’t work if you are OK and the people around have nothing to eat. You don’t feel comfortable.”

This FT article demonstrates the challenges facing any company attempting to comply with the FCPA or Bribery Act not only in Angola but in any country where a small group of elites have leadership roles in a wide number of areas in a country. There is certainly nothing askance in having a small group of trained technocrats running or leading a country’s industries. Further there is certainly nothing wrong with using the technical expertise of Western (or apparently even Eastern) companies to help improve the technical infrastructure of an under-developed country. But the model outlined in Burgis’ article, what Ricardo Soares de Oliveira was quoted as calling “the privatization of power” does seem to concentrate the power, if not the wealth in the hands of a small elite. Andy Spalding, among others, writes regularly on the FCPA from an economic angle so perhaps it might be time to analyze the law in the context of what is happening in places like Angola.