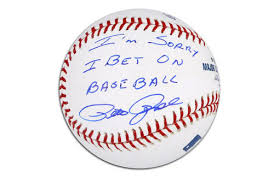 In an article in the June issue of the Harvard Business Review (HBR), entitled “Why ‘I’m Sorry’ Doesn’t Always Translate”, authors William W. Maddux, Peter H. Kim, Tetsushi Okumura and Jeanne M. Brett wrote about the lack of understanding between Americans and Japanese over a “seemingly simply concept: the apology.”  The authors provided two examples, the first being that “Americans were unmoved by Toyota CEO Akio Toyoda’s effusive apologies in 2010, after widespread reports of malfunctioning accelerators.”, which they contrasted with the fact that the Japanese “bristled” when a US sub commander did not immediately apologize for surfacing without noticing a Japanese fishing boat was above him and thereby sinking the fishing trawler.

So what is the difference? The authors believe that Americans see an apology as an admission of “wrongdoing”. The authors found that Americans tend to link apologies with blame based upon our tendency to attribute actions to individuals and apologies often serve to establish personal responsibility. Conversely they found that East Asian cultures have a more group oriented culture. They noted that the Japanese “see it as an expression of an eagerness to repair a damaged relationship, with no culpability implied.” This leads to apology focusing on the larger consequences of the error. This dichotomy plays out in other areas, for instance, when the Japanese investigate a matter, it is usually designed to find a solution to the underlying problem. In the US, post-incident investigations tend to try to assess blame for the incident in question.

There are certainly other examples of cultural differences but the authors’ message is that something as simple as an apology can be one aspect “of a broad semantic disconnect between East and West that’s too often ignored in the rush to globalization.” This is also the message that my colleague Jay Rosen of MerrillBrink, short-term suffering Red Sox and Celtic fan, continually sends out to be sensitive in translations because if you are not sensitive you will certainly lose something in the translation. The authors end by noting that “Only with a deep understanding of such differences can executives make efficient use of the apology as a tool for facilitating negotiations, resolving conflicts and repairing trust.”

So what does this mean in your compliance program? Simply implementing a Western-centric anti-corruption or anti-bribery program without some cultural sensitivity can set the program up for failure. The issue of gifts and gift-giving in the Far East is quite different than in the US. It is often expected that a small gift be presented when meeting a person for the first time. Some companies ban all gifts to governmental officials based upon the perceived requirements of the Foreign Corrupt Practices Act (FCPA). I do not believe that the Department of Justice (DOJ) has ever taken the position that all gifts must be banned.

You can certainly present a small dollar value gift that is unique and might well be considered very appropriate under the circumstances. I would opine that you should have two considerations in determining the gift and making the presentation. The first is that whatever the gift is, it should not be readily convertible to cash. This means no gift cards of any kind, even a $5 gift card to Starbucks. If you can have your company name on the gift that is probably the best thing you can do to remove its monetary value on the secondary market. The second consideration is transparency. Can the gift be presented in public in front of the receiver’s co-workers? If the answer is yes, this would lead me to suggest that the gift is appropriate. However, if either the gift presenter or gift receiver does not feel comfortable in having the gift presentation in public, I think that you may have a problem.

So just as the words “I am sorry” can be mis-interpreted; so can matters in a compliance program. But if you show sensitivity and nuance, you may be able to avoid that “broad semantic disconnect” that the authors are concerned about in their article.

Corruption and Compliance Asia Congress: I Hope You Can Join Me

The Panama Papers and Shell Games, Part I

Compliance at the Tipping Point, Part I – The Yates Memo