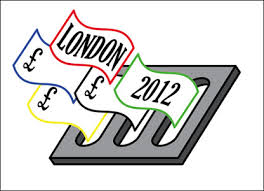 One of the joys of being a co-host in This Week in FCPA is getting to see and hear my partner, Howard Sklar, go on rants. Sometimes they are planned and sometimes not. Episode 45 had one of the latter as I really do not think that Howard planned to go on about Orthofix but he did. When he finished all I could say was “Wow, I didn’t see that coming.” So go view Episode 45 on either the Blogsite or simply listen to it on iTunes and enjoy it.

Howard does not just leave the rants to the audio-video sector of his burgeoning media empire, which I would note for the record is not owned by News Corp. Today he treated us to an online rant in his blog post entitled “The Limit Should Be Zero Dollars”. He was commenting upon a blog post entitled “Inside Straight: The Shoemaker’s Children” by my fellow UM-Law classmate Mark Hermann about some advice that Mark received from an un-named lawyer from an un-named law firm about gift-giving under the UK Bribery Act. This un-named lawyer’s advice was that to meet the requirements of the UK Bribery Act, a company’s gift giving policy should be zero dollars, as in no gifts allowed. So this lawyer went to the ‘idiot box’ in Howard’s head. A scary place to be, indeed.

I suppose that if all it takes is the ability to spell FCPA to hold oneself out as a specialist in the Foreign Corrupt Practices Act; it only takes marginally more spelling ability to hold oneself out as a specialist in the UK Bribery Act. In fact maybe the lawyer that Mark Hermann wrote about and Howard Sklar ranted about is an expert in all UK laws based upon the ability to spell ‘UK’. As Mark said in his post “That’s a little spooky, but it’s not yet Halloween.” However, as Howard stated, “if you want an expert [on the UK Bribery Act], go talk to Barry Vitou at Pinsent Masons. There’s an expert.” He is my go-to guy for all things Bribery Act.

As you may know the London Olympics are getting painfully close. I say painfully because the FUBARs which are rolling in about now are something to behold. Further, they create some very unique learning opportunities for the compliance practitioner.

FUBAR No. 1 relates to tickets issued to Olympic sponsors. In an article on the BBC website, entitled “London 2012: Probe as sponsors’ tickets sold to public”, reporter James Pearce detailed that “an investigation has been launched after the BBC found sponsors’ Olympics tickets had been sold to the public for 20% more than their face value.” These tickets were not sold by sponsors who got advice from Howard’s “idiot box” lawyer but rather this anomalous situation became public when licensed reseller’s sold tickets to the British public that were tickets previously promised to sponsors. This was patently apparent because the sponsors “name had been stamped on their tickets.” Very embarrassing for the sponsoring company and huge black eye for the London Olympic Committee.

FUBAR No. 2 relates to the world’s second largest employer (behind Wal-Mart) the security firm G4S, which was contracted almost 7 years ago to provide more than 10,000 fully trained security guards for Olympic venues. An article published in the July 14 New York Times (NYT), entitled “Apology on Olympics Security”, reported that as of [last] Saturday, some 4,000 people were on the ground and that about 9,000 people were still in the pipeline.” The NYT cited the British newspaper The Daily Mirror which quoted Sarah Hubble in saying that in addition to the lack of the required number of recruits, those recruits were hired and “background checks were skipped to meet targets and that sensitive recruitment material was left lying around the company’s offices. Additionally, the NYT article quoted The Sun for the following from an unnamed former police officer “some security guards couldn’t speak English.” Indeed, even the UK head of G4S said in comments on BBC radio that he “couldn’t guarantee that all his staffers spoke fluent English”, saying it was a “difficult question to answer.”

I cannot necessarily say this next point is really a FUBAR but the Brits are taking security quite seriously for these Olympic Games. According to the NYT article entitled “British Adjusts Security Plans in Tense Countdown to the Olympics” reporter John Burns said that British “government will now field a total military force of 17,000.” How intense are these security plans? Military crews are manning surface-to-air (SAMs) batteries which have been placed on apartment rooftops around the Olympic venues. The British Home Secretary Theresa May put a brave, if not laconic, face on all of this by saying that spectators would find all this military presence “reassuring.” If you lived under a manned rocket launcher would you find it ‘reassuring’?

I hope you plan to watch the Olympic Games on television, as it looks like it will be a madhouse in London. So for all you compliance practitioners out there while you are doing so, you might consider Howard’s “idiot box” and the lawyers who inhabit it because they think that they can spell FCPA or UK. Also take into consideration that if you sign a contract to deliver 10,000 trained professionals and you have 5+ years to accomplish it, don’t start the year before.

And if you really don’t want a PR FUBAR, send the American team with American designed uniforms actually MADE in America.

And for all the UK readers of this blog, my wife has a message for you – Go Team GB!

The Wishbone, American Exceptionalism and the FCPA