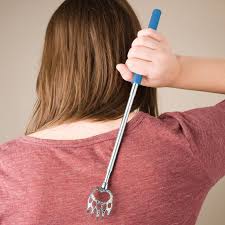 I once heard James Baker say that the only way to know how a person will perform as President of the United States is by being President. In other words, there is no way to test how a person will respond to the stresses and pressures of the most important job in the world. Unfortunately the same appears to be true when selecting a person to run a large multi-national company. Further, you really do not know what tone a person will set until they set it.

Witness the tone set at Barclay’s by Robert Diamond which led to the scandal surrounding the manipulation of the LIBOR rate. But even more amazing than the tone that Diamond set at Barclay’s which led to the company agreeing to pay a $450 million fine, has been public statements of Diamond since he agreed that the company would pay the fine. Diamond has basically blamed everyone else in the world for the problems that he created, even now raising the “everyone else was driving above the speed limit, so why should you pick on me” defense and further that the British government knew what was going on all along and turned a blind eye if not winking through the entire process. Does the word arrogant come to mind or simply the movie title Clueless?

But Barclay’s is not the only UK entity which has run afoul of regulators within the past several days. As reported in the Wall Street Journal (WSJ) on July 3, 2012, in an article entitled “Glaxo Sets Guilty Plea, $3 Billion Settlement”, the UK drug maker GlaxoSmithKline “agreed to plead guilty to criminal charges of illegally marketing drugs and withholding safety data from U.S. regulators and to pay $3 billion to the government…” In an article in the New York Times (NYT), also on July 3, 2012, entitled “Drug Firm Guilty in Criminal Case”, Katie Thomas and Michael Schmidt reported that not only was this the “largest settlement involving a pharmaceutical company” but the fine makes 2012 a “record year for money recovered by the federal government under its so-called whistle-blower law.”

The WSJ reported that some of the actions by Glaxo which led to this illegal marketing of drugs including activities which will be of some familiarity to the compliance practitioner. For a period of over 10 years, government investigators found that “the company plied doctors with perks such as free spa treatments, Colorado ski trips, pheasant-hunting jaunts to Europe and Madonna concert tickets.” The company used these ‘perks’ (or what under the Foreign Corrupt Practices Act (FCPA) might be called bribes) to induce doctors to write prescriptions for Glaxo products that went beyond their sanctioned, Food and Drug Administration approved uses.

For the FCPA compliance practitioner, there were a couple of interesting items to note which were included in the Corporate Integrity Agreement (CIA) which was a part of the settlement. The WSJ article noted that “Prosecutors said that compensation system was the driving force behind much of the misconduct in the case.” Based upon this problem, Glaxo agreed to change the way it compensated sales representatives by removing sales goals for certain territories. The second item of interest is the “executive financial recoupment program” that is included in the CIA language under which Glaxo agreed to claw back bonuses and long term incentives from its top executives if they engaged in or supervised illegal behavior. Amazingly, as reported by the NYT, this language was “believed to be a first.” The NYT quoted one of the attorneys for the whistle-blowers, whose actions led to the settlements, in stating that this last prong, “creates pressure and it creates an element of responsibility.”

These final two points should be considered by a compliance officer who focuses on anti-corruption and anti-bribery. What are the incentives that you are giving your sales force? Have you tied these incentives not only to sales but the amount spent on gifts, travel and entertainment? If you are a Board of Directors, have you put anything in place to incentivize top management to set the right tone and then follow it? The Glaxo claw back provisions would certainly seem to be a way to get the attention of senior management. Maybe even someone like the (former) head of Barclay’s, Mr. Robert ‘Everyone else is speeding too’ Diamond.

Quad/Graphics – The Sham-ness of It All

This Corporate Culture of 80s then passed onto 90s, to millenium and crawled in to even to 21st century. It was arrogance by leaps and bounds and it is same now too. NYT did not talk about Drug registration and approval practices of Big Pharmas in countries other than USA, UK and Europe. Like I said other day, if Big Pharma violates FCPA, FDA or whatever agency, they don't mind paying hefty penalaties (hefty for you and me), since they have already made ten fold over selling those drugs any way.