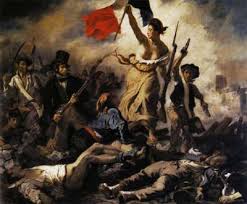 Saturday, July 14 was Bastille Day, the French national holiday which celebrates the storming of the Bastille prison during the early days of the French Revolution in 1789. Simply because a revolution does not succeed does not mean that it should not be celebrated and certainly the French people overthrowing centuries of royal rule for liberté, egalité and fraternité is an event to be recognized. I thought about what happened to the revolution of 1789 and its spiral downwards into the Terror of 1794 in looking back over the past two weeks of stunning revelations about corrupt practices behind three of the biggest scandals of recent note; the financial scandals involving the LIBOR manipulation by Barclay’s, the unraveling of the brokerage firm Peregrine Financial Group, Inc. and the money laundering violations admitted to by HSBC. The question that would seem to arise is will these three scandals end with the guillotine or a transition to transparency and the light of day with ethical cultures in embedded in these corporations?

In a July 17 article in the Financial Times (FT), entitled “Banks balance shifts towards the historical and ethical”, Patrick Jenkins wrote about HSBC and Barclay’s stating that “one thing is clear: the ethics of banking are broken. The question must now be: how can they be fixed?” Jenkins makes clear that while he does not question the personal integrity of the persons running those organizations, he notes that their tone-at-the-top was not up to snuff. He termed it “Too big to be trusted” because one of the reasons that he finds the ethical culture broken is that these organizations have simply gotten too big to adequately police themselves.

Jenkins identified three culprits for this problem. The first is “runaway acquisitions” where acquired companies are not integrated into the parent or acquiring organization. Second, he identifies a failure of corporate governance, in that Boards have failed to “challenge strategy and ask awkward questions.” Finally, he sees the remuneration model as one that has “long created incentives for dishonesty.”  Jenkins applauds British regulators’ push for “smaller cash bonuses, with long-term deferral” for senior management but believes that such trends need to be pushed down the corporate chain.

Writing in the July 17 Wall Street Journal (WSJ), in an article entitled “The Scandal Behind the Scandals”, Francesco Guerrera asked the following question: “Is this just a blip or are we at a breaking point that calls for a wholesale change in attitudes, and rules?” At least regarding the Peregrine Financial collapse he found that this scandal had undermined “the cornerstone of markets: trust between buyers and sellers.” And what of the regulators? Guerrera noted that “a few financial practitioners blamed regulators for failing to spot trouble.” Then, of course, there is Barclays’ former head Robert Diamond’s “everyone else is speeding defense” now coupled with the element that the regulators were in on it too. Guerrera’s penultimate paragraph noted the following “The financial industry and its political masters have to look forward, whether they like it or not.”  To end his piece Guerrera quoted an un-named banker who said “We are at a 1792 moment. Remember, the French Revolution was in 1789 but it took three years to proclaim a Republic.”

All of which brings us to HSBC. In dramatic testimony yesterday, before a Senate committee, as reported by Chris Matthews and David Bagley in a WSJ article, entitled “HSBC’s Compliance Chief to Step Down”, HSBC’s top anti-money-laundering (AML) executive announced he is stepping down for, among other reasons, “A yearlong investigation by the Senate Permanent Subcommittee on Investigations alleged HSBC’s U.S. bank became a conduit for money-launderers and potential terrorist financiers, and for the evasion of sanctions against Iran and other countries.” Additionally, a Senate report detailing the failures of HSBC found “The biggest problem was at HSBC’s Mexico branch, which moved billions of dollars of bulk cash through HSBC’s U.S. bank despite suspicions that client accounts were being used for laundering of drug cartel and other illicit funds. The Mexico bank had a committee overseeing compliance efforts, but many of its meetings were faked.” In short, there was actual knowledge that US laws were being broken and the bank was taking active steps to hide these facts. This is about as bad as it can get.

What about Bastille Day? Although the un-named banker quoted above was right, France did declare a Republic in 1792, it was only two short years until Robespierre initialed the Terror and the coming shouts of “off with their head”. In an article in the July/August issue of Foreign Affairs, entitled “Robespierre’s Rules for Radicals”, author Patrice Higonnet reviewed the recent book “Robespierre: A Revolutionary Life”. Higonnet ended the review with the following lesson from the file of Robespierre: Contrary to what they might wish, sometimes problems cannot be solved by simply cutting off someone’s head.

Banks, financial institutions and trading companies are being called to task for these deep systemic issues which have led to a corruption of ethics. As was previously noted in the FT, if bankers want to stop banker-bashing, they need to change their ethics themselves before someone else does it for them. It is clear that these institutions face a choice but only time will tell which road they take: will it mirror the road France took when it enacted an enlightened Republic or the road it took when the Terror reigned?

The Seven Deadly Sins for a Compliance Program

Alaska Day and Why Compliance Should Widen its Circle