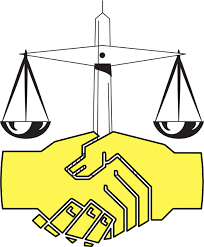 In a story first reported in the Wall Street Journal (WSJ), entitled “Halliburton Says Court Approved Corruption Lawsuit Settlement”, Sam Rubenfeld reported that Halliburton has settled a shareholder derivative action which had been filed in state district court in Houston, Texas. The lawsuit, the consolidation of actions brought by two institutional shareholders and one individual shareholder against the company and its Board of Directors individually, had alleged that “the board’s failure to stop the activity caused the company to have to pay hundreds of millions of dollars in settlements and fines, and it damaged Halliburton’s reputation”.

The settlement is interesting for several reasons. Initially, it should be noted that Halliburton will not pay any damages but more than that, Rubenfeld reported that “the plaintiffs said in the settlement they faced “very steep hurdles” in establishing that the directors named in the suit were liable for the illegal activity, and that it was unlikely they would win damages “even closely approaching” what they sought in litigation”. In the settlement, Halliburton agreed to make changes to its corporate governance structure “including a clawback of compensation for board members who were involved in or approved the activity, beefing up its compliance program and strengthening the roles of its board members.” In other compliance areas, the company agreed to publish “newsletters and internal bulletins to include at least six articles per year addressing ethics and compliance issues.” Finally, Halliburton agreed that it’s “code of conduct has to be revised so as a layperson can understand it, and it has to be changed to specifically prohibit the use of bribes and kickbacks.”

The settlement specifies several steps the Audit Committee of the Board should take to enhance its role in the compliance function including holding more regular meetings and reporting to the full Board on issues relevant to compliance and risk management in general. The settlement also specified that a Management Compliance Committee shall be created and detailed investigation and reporting protocols for any “Significant Violation of any federal or state law”.

Here the settlement specified that for employees working in high risk countries “who have job descriptions associated with business development and procurement activities [emphasis mine] they should have annual compliance training. The settlement also specified Halliburton to rewrite its Code of Business Conduct in plain English “so that it is written in a manner as is commonly understood by a layperson.” The Code of Business Conduct rewrite is to be expanded to make clear that foreign bribery and kickbacks are prohibited and will not use agents recommended by foreign governmental officials, unless such agents are screened through appropriate due diligence. As noted by Rubenfeld’s article Halliburton agreed to publish newsletters and provide email updates and intranet postings, which will address compliance at least six times per year. The company agreed to strive to maintain a ratio of one “Audit Service position for every 5,000 employees” and to certain restrictions in hiring a Chief Financial Officer (CFO).

In a section specified “To assure that its compliance program be deemed “effective” under the revised Federal Sentencing Guidelines” the company agreed to have a compliance program which would be designed to detect an offense “before discovery outside of the organization or before discovery was reasonably likely”. If there is a determination that such conduct occurs the company will take steps to prevent it from reoccurring. Halliburton agreed to take “reasonable steps to remedy the harm from criminal conduct”. Lastly, the Chief Compliance Officer (CCO) was given direct reporting authority to the Board and directed to report “no less than annually on the implementation and effectiveness of Halliburton’s compliance program.”

Ongoing Training and Communications in Compliance