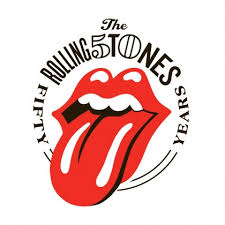 July 12, 2012 was the 50th anniversary of the first gig of the Rolling Stones. The two mainstays of the group, Mick Jagger and Keith Richards, are notorious for the conflicts within the group. However, not only has the partnership lasted but it gave us some of the greatest Rock and Roll music of all-time. While we have not been in partnership quite as long, Howard Sklar and I enjoy debating each other on our (more or less) weekly podcast This Week in FCPA.

Recently, Mike Volkov took issue with some of the pronouncements of my colleague Howard Sklar had made in a blog post entitled “Who is it OK to bribe?” Mike even managed to pay me compliment by saying “let’s face it, I am no FCPA Professor, or Tom Fox, who both enjoy taking Howard on” and to demonstrate that we debate in print as well as on air, I am going to respond to Howard’s blog posting in his Open Air Blog, “Why I Hate the Case Against WalMart”.

In this blog posting, Howard begins with the following proposition, “In my humble opinion, Walmart should get a nominal fine via an NPA. Maybe $2 million. Something like that. I’d prefer less—maybe a declination with undertakings?” He then channels the FCPA Professor by stating “Walmart’s real problems, in my opinion, were in the corporate governance area rather than the bribery arena. The way the information was handled by Bentonville when it was presented to them is less than satisfactory.” Howard has three main arguments for these points. First, that Wal-Mart’s bribes were arguably facilitation payments. Second, that Wal-Mart “didn’t bring corruption to Mexico. Third he asks “where’s the harm?”

In the first point that the payments were arguably facilitation payments, Howard notes that “obtaining permits” is one of the items which is listed in the Foreign Corrupt Practices Act (FCPA) as a basis for a facilitation payment and one that would fall under “routine governmental action”. The reason that I disagree with Howard on his assessment is that from the facts that were made public by the Sunday New York Times (NTY), back on April 22, 2012, in an article entitled “Vast Mexico Bribery Case Hushed Up by Wal-Mart After Top-Level Struggle”, there were two components to this bribery scheme. First there was an alleged multi-year bribery and corruption perpetrated by the Wal-Mart Mexican subsidiary. Wal-Mart de Mexico “targeted mayors and city council members, obscure urban planners, low-level bureaucrats who issued permits – anyone with the power to thwart Wal-Mart’s growth. The bribes, he said, bought zoning approvals, reductions in environmental impact fees and the allegiance of neighborhood leaders.” One other thing required under the FCPA is that they be properly listed as facilitation payments on the company’s books and records. In Wal-Mart’s case, these payments were coded in a manner which hid their true basis. Later, reports sent to the home office, in Bentonville, AR, were scrubbed so that the illegal payments were moniked as “legal fees”.

Although he makes the argument later in his piece, I will also add that under the FCPA, facilitation payments are an exception, not an affirmative defense. This means that the Department of Justice (DOJ) has the burden to prove the payments were corrupt. However, I think it is much easier than Howard may believe. Why? Because Wal-Mart deliberately hid the nature of the payments. If they were not for illegal purposes why not just list them as ‘facilitation payments’ in the company’s books and records?

Howard’s next argument is that there is a reason Mexico is No. 100 on the Transparency International Corruptions Perceptions Index. And that reason is that government officials are prone to corruption. I appreciate and agree that Howard is not excusing bribery because he is rightly is a self-proclaimed “anti-bribery advocate”. But I think that saying a country is corrupt misses the reason for even having the FCPA. The FCPA is US based legislation, enacted to deal with US based problems. The purposes for the FCPA were written into the Preamble to the original 1977 FCPA legislation. In this Preamble, Congress set out three clear policy goals for the enactment of the FCPA. First, was the public revelation that over 400 US companies had paid over $300 million to bribe foreign governments, public officials and political parties. Such payments were not only “unethical” but also “counter to the moral expectations and values of the American public”. Second was that the revelation of bribery, tended “to embarrass friendly governments, lower the esteem for the United States among the citizens of foreign nations, and lend credence to the suspicions sown by foreign opponents of the United States that American enterprises exert a corrupting influence on the political processes of their nations”. Third was by enacting such resolute legislation, US companies would be in a better position to resist demands to pay bribes made by corrupt foreign governments, their agents and representatives.

Here Howard focuses on the harm that may have occurred in Mexico by Wal-Mart engaging in bribery and corruption. While I believe that it is always harmful to engage in bribery and corruption if it violates the law, I think there is another point in this argument. As this is a US law, maybe we should consider a couple of other potential stakeholders here. The first is US shareholders, who should be entitled to know if the companies they invest in are making money from illegal sources, thereby devaluing their very investments, while purporting to make more quarterly profits. The next group could be called ‘competition’ but I will just call it Wal-Mart’s competitors. The NYT article made clear that one of the driving forces behind Wal-Mart’s actions in Mexico was to get stores up and running before the US competition.

So not only was Wal-Mart the sole major US retailer which had such stores in Mexico, it was the only one reaping those huge profits.

I hope that you have enjoyed this written dialogue between Howard and myself. I wrote this so Howard could have my thoughts in print and respond on This Week in FCPA. So check out our Episode 46 and I hope that you will hearing us debate these issues as well.

Now sit back and put on one or several of your favorite Stones CD’s and listen to how great rock and roll can be.

Farewell to Sammartino: The Continued Unraveling of PDVSA Corruption

I'm not going to guess which of you is Keith and which Mick, but I'm looking forward to the debate - 'creative tension' is going to be important if the Walmart case and (completely unrelated) Chamber of Commerce FCPA reform campaign are to be prevented from undermining both the last 7 years of active FCPA enforcement and the directly resulting moves towards an effective international anti-corruption movement. One more question you might want to riff off - if the FCPA doesn't address the allegations of the NYT story, isn't the US in breach of its international commitments? The last two reports on US compliance with the OECD Anti-Bribery Convention raised concerns over the FCPA requirement for bribery to be for the gaining or maintaining of business (e.g. bid-rigging and kick-backs to pubic procurement officials), as the Convention language is wider in requiring signatory countries to criminalise bribery for any improper advantage (e.g. buying building permits and re-zoning decisions that would otherwise be unavailable). The Kay judgement plus active DoJ enforcement was reassuring enough last time to defer the technical question, but the OECD Working Group on Bribery is all about securing a level playing field for international business so I can't see them overlooking allegations of corruptly secured market dominance.