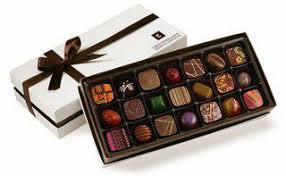 The baseball season is at its traditional half-way mark with the All-Star Game. This season certainly has already shown promise as one of the surprises with both the Washington Nationals and the Pittsburg Pirates is that they have the two best records in the National League (NL). One team that, unfortunately, has not surprised any one is the Houston Astros which has the worst record in baseball yet again. Of course new owner Jim Crane is not taking this lying down as he has spent much time on redesigning the Astros uniforms and publicizing this ‘new look’ for the team. He has also asked the Astros fans if the team should (1) jettison the train which runs when the Astros hit a home run (admittedly not too often as the Astros are also last in the HR ranks) and (2) if the stadium should do away with Tal’s Hill, Minute Maid Park’s most unique topographic feature (other than perhaps the aforementioned train). I am so glad the new owner is working so hard for us fans.

But sometimes life is like a box of chocolates, you just never know what you are going to get. I thought about that ‘Gumpism’ in the context of the Lastros when I read the enforcement action, concluded on July 10, with Orthofix, as reported by the FCPA Blog, the Wall Street Journal (WSJ) and others. Orthofix entered into a Deferred Prosecution Agreement (DPA) with the Department of Justice (DOJ) and agreed to pay a $2.22 million penalty. Orthofix also agreed to the entry of a Final Judgment based upon a Compliant for Violations of Federal Securities Laws, filed by the Securities and Exchange Commission (SEC) and the company agreed to pay the SEC $5.2 million, including $4.98 million in disgorgement and $242,000 in prejudgment interest.

The SEC Complaint reveals that the bribery occurred in the company’s Mexican subsidiary, Promeca S.A. de C.V. (Promeca). It involved two separate bribery schemes lasting from 2003 until 2010. Initially the bribery scheme involved the bribery of individual hospital employees, with gifts and cash, in order to secure sales contracts. In 2008, when the Mexican hospital system began a national tender system for the purchase of goods and services, no doubt to help in the fight against fraud, Promeca adjusted their bribery program to simply bribe the tender selection committee. Promeca did this by setting up front companies which were controlled by members of the tender selection committee. Promeca concealed all of the bribery by submitting false invoices for goods and services it never received from these front companies. And no doubt thinking that stupid is as stupid does, it called the bribe payments “chocolates”. The WSJ article quoted Kara Brockmeyer, chief of the SEC Enforcement Division’s Foreign Corrupt Practices Act (FCPA) unit, for the profound Gumpism that “Once bribery has been likened to a box of chocolates, you know a corruptive culture has permeated your business”.

The SEC complaint specified that Orthofix did not have an effective FCPA compliance policy or FCPA-related training. One of the clear reasons is that although the company disseminated some code of ethics and anti-bribery training to Promeca, the materials were only in English, and it was unlikely that Promeca employees understood them as most Promeca employees spoke minimal English. (Note to anyone doing business in Mexico – call Jay Rosen at Merrill Brink and get your compliance program translated into Spanish.)

Further, even though Promeca’s training and promotional expenses, that included the improper payments, were often over budget, Orthofix did very little to investigate or diminish the excessive spending. The upshot for Promeca was also similar to a box of chocolates; it got eaten. Orthofix terminated the Promeca executives that orchestrated the bribery scheme, wound up Promeca’s operations, enhanced its overall FCPA compliance program with mandatory annual FCPA training for all employees and third-party agents, expanded internal audit functions, and implemented other internal control measures.

Was the box of chocolates worth it to Orthofix? The SEC Compliant noted that the company paid out only $317,000 in bribes, which generated $8.7MM in gross revenues and profits to Orthofix of about $4.9MM. Probably in Orthofix’s eyes a pretty good ROI. The problem is that it had to pay out fines and penalties of over $7.4MM plus all investigative costs and the folding up of its Mexican subsidiary. The company is now also under a 3 year DPA.

So what would Forest, Forest Gump, say about now? First he would probably tell that new owner of the Houston Astros, Jim Crane, that a winning team is more important than a new uniform. He would also say that sometimes bribery is like a box of chocolates. It all tastes good at first but you may find that if you are greedy and eat the whole box, it really doesn’t taste or feel so good later on.

The FCPA Blog and ethiXbase are offering a cool deal to help dispell that summer heat wave by offering readers of the FCPA Blog a free download of the Anti-Corruption Compliance Benchmarking Survey. Normally valued at $295, the survey can be downloaded at no cost for a limited time with email registration here.

And Then There Was One – Willbros Related FCPA Enforcement Continues