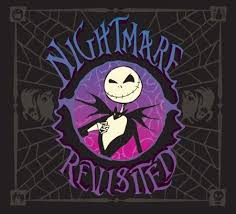 What is a compliance professional’s worst nightmare? Last week in Episode 49 of This Week in FCPA, Howard Sklar and I speculated on why the UK Serious Fraud Office (SFO) would announce it was opening an investigation into the activities of the UK defense contractor, EADS. On Tuesday, in a Financial Times (FT) article, entitled “Emails tell of fears over EADS payments”, reporter Carola Hoyos identified some of the reasons that EADS may be under investigation. Hoyos reported that almost five years ago, senior executives of the company were “alerted to questionable payments made to Cayman Island bank accounts and lavish gifts given to the Saudi Arabian royal family and military…”

There were two different instances where an employee brought up these payments to senior officials in the company. Mike Patterson, a senior controller for GPT, a subsidiary of the company, was concerned about “unexplained payments to the Cayman Island bank accounts for Simec International and Duranton International, which totaled £11.5M between 2007 and 2009.” Hoyos reported that Patterson “alerted his superiors about the payments as early as 2007” regarding the payments and his concerns. Patterson continued to raise his concerns internally within the company and by 2010 he had notified EADS Chief Compliance Officer (CCO) Pedro Montoya of these concerns.

Unfortunately, it appears that no one took Patterson’s concerns very seriously. Hoyos quoted from a Patterson email he was provided, which read “I think Pedro Montoya now ignoring me is sufficient indication we are wasting our time internally. Our concern for EADS future seems to be greater than [EADS] first line managers…I need to make a decision whether I persevere internally, whilst suffering mind numbing boredom, or whether I take the statutory directors actions to the authorities.” Hoyos noted that Patterson “transferred to another role within GPT.”

It turned out that Patterson was not alone within the company in noticing red flags over these payments. Ian Foxley, a retired British lieutenant-colonel had joined the company in the spring of 2010 stationed in Saudi Arabia, to oversee a £2M contract between the British Ministry of Defence (MOD) and the Saudi Arabian National Guard. By December of 2010, he was fleeing Saudi Arabia with “evidence of apparent irregular payments to Saudi officials.” Hoyos reported that while Foxley notes early on the suspicious payments, it was not until that someone had not only noted the same red flags but had reported them internally that he took action. The suspicious payments revolved around “bought-in services” which were payments for unexplained goods or services in a contract with a third party. Previously Patterson, in his role as financial controller, had refused to sign off on these contracts because of these “bought-in services” payments.

Although it was not clear from Hoyos article how Foxley became aware of the concerns raised by Patterson, he reported that “The morning after he discovered Mr. Patterson’s concerns he assessed the emails that Mr. Patterson had told him he had written over the previous three years.” This led to Foxley fleeing Saudi Arabia with documents of these suspicious payments. Foxley later raised his concerns “with the business secretary, the SFO and the Institute of Chartered Accountants.”

Hoyos reported that EADS “launched an internal investigation” in mid-2011 and that it is co-operating with the SFO. However, he also reminds readers that UK Prime Minister at the time, Tony Blair, halted a SFO investigation into corruption allegations surrounding another UK defence company BAE, in 2006. BAE later paid a fine to the US government for violations of the US Foreign Corrupt Practices Act (FCPA) of $400M.

So what are some of the questions raised by these allegations? While not specifically stated it appears that the original whistleblower, Mike Patterson, was so marginalized in his job that he was basically twiddling his thumbs all day at work. Foxley so feared for his safety that he gave “the slip” to his employer when fleeing Saudi Arabia. What does that say about EADS and its internal whistleblower program? What about the CCO and those higher up within the company, what role did they play? Finally, what is the role of the British government, not only the MOD as a very interested party, but the party in power; will they allow the SFO to investigate these allegations? As Alice Cooper might say, “Welcome to my nightmare?”

The United Nations Convention against Corruption: A New Focus?-Part I

Delighted to see your discussion on the role of the CCO and the failures of their compliance departments in EADS at four levels of management. I would be glad to discuss the detail further. But it is more than just the culpability of the executive directors of GPT (the EADS subsidiary practising the bribery and corruption) that should be investigated- what about the part played by EADS senior management (incl their compliance structures), the UK MoD, the auditors and the bank who transferred the payments through UK and US banks to the Cayman Islands (illegal under the FCPA). Oh, and the reason I left Saudi Arabia swiftly (with the help of the UK MoD military team there) was that the EADS directors threatened me with immediate arrest and jail in Saudi Arabia for disclosing the details to the MoD team - so much for welcoming the whistleblower! Regards Ian Foxley