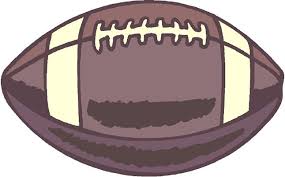 I have often wondered who Mike Volkov refers to when he derisively uses the term “FCPA Paparazzi”. I would have to assume he uses it for folks who comment upon the Foreign Corrupt Practices Act (FCPA) in a public manner but do not know what they are talking about. However, I could not figure who on earth Mike might be talking about, at least until now. On Monday, the FCPA Professor, who assuredly does know what he is talking about, had a guest blog by Rajat Soni, where he asked the question “Politically Speaking-Is the FCPA Doomed in the Next Five to Seven Years?” Perhaps Soni was simply inspired by the US Presidential race to make claims which have no basis in fact. Whatever the reason, I found his piece to be so far from reality as to be worse than laughable.

While I do agree with his proposition that the current Congress cannot and will not pass anything, let alone a piece of anti-corruption legislation, to say that the first thing that Mitt Romney would do as President is to suspend enforcement of the FCPA is simply ludicrous. As we all know, because he has said so over and over again, his first act will be repeal RomneyCare, oops ObamaCare. How about those pesky Brothers Koch, the bane of all progressive thinking peoples across the globe? Has anyone, and I mean anyone, heard them say US companies need to bribe more? Even with the injection of unlimited money into the Presidential race wrought by Citizens United, there has been nothing said in any state or federal election race, that I am aware of, about the need for US companies to pay more bribes as a sure fire way of getting us out of the economic doldrums. Maybe Soni has confused the First Amendment right of Free Speech with the First Amendment right of the Freedom of the Press, which the Wall Street Journal (WSJ) opined to in an editorial last year as a defense to News Corp’s alleged bribery of UK officials.

How about this whopper: Barry Goldwater as a “lover of corporations”? He must be rolling in his libertarian grave with that one. This is the person who in the 1980s said gays had the right to be left alone to live their own lifestyles. Does that sound like anything you have heard a GOP’er say in the current political debate? I doubt Brother Goldwater could even win a primary in the Tea Party dominated Arizona these days.

Indeed, if you even want some on the record evidence in the other direction, recall the question posed by House Judiciary Committee Chair, Representative James Sensenbrenner (R-Wis), in the June 2011 hearing on FCPA enforcement to the Department of Justice (DOJ) representative, Greg Andres. Representative Sensenbrenner’s first question was whether the DOJ would support amending the FCPA to make all commercial bribery illegal; not simply that involving foreign governmental officials. I suppose that Soni has not heard about the New York Times (NYT) article of April 21, 2012 about Wal-Mart and allegations of bribery of Mexican government officials. If not, perhaps he might want to read Dick Cassin’s blog post entitled “How Wal-Mart Torched FCPA Reform”.

How about the professionalism and independence of the DOJ to enforce laws? While I wanted to write something about Henry Peterson, the career DOJ attorney who said No to President Nixon’s direct order to stop his Watergate investigation, Soni does not seem to think “Watergate Era” precedents have any relevance today. So instead I will simply quote from the comment by Howard Sklar to the blog piece, which reads:

“First, President Romney will just shut down the vigorous FCPA enforcement regime in the DOJ and SEC”? No, he won’t. In fact, I’ll bet all the money in my pockets against all the money in your pockets that that won’t happen.

“Let’s count the ways: first, the President doesn’t “order” the SEC to do anything. It’s a quasi-independent agency, and there would be tremendous political ramifications if the President called up the Chairman (and at least the two other Republican Commissioners, since it takes a majority vote to do anything) and ordered him or her to do anything.

Second, President Romney would have the same problem with the DOJ. It’s not like Reagan, where Romney can just say, “drop the case.” Any attempt to undermine FCPA enforcement would be a political redball. It would be painted as soft on bribery. It’s the same reason the legislature can’t eviscerate the statute.

Where the President could influence enforcement is in the appointment of the AAG of the Criminal Division and the SEC Commissioners. Even then, Presidents are pretty wary of screwing around in that arena. Even then, remember, most DOJ prosecutors are career people. They don’t care about and don’t consider politics.

Finally, most DOJ and SEC actions come from self-disclosure. Disclosure is recommended by counsel, whose financial interest is best served by disclosure, not by suggesting a risky, don’t-disclose-because-Republicans-are-in-office attitude.”

I guess Soni thinks that the FCPA debate in this country has sunk to the level of the current Presidential election season. However, I would suggest that he read any of the FCPA commentaratti out there to see that there is reasoned debate going on between reasonable people with different points of view. And even though National Football League training camps opened last week, I see no evidence that the FCPA is or will become a political football.

Dear Mr. Fox: I don't think my positions are worse than laughable. I agree that there are many people more intelligent than I am and I definitely seek to learn from them. I have linked to your articles and find you to be a very intelligent voice in the FCPA community. That is why I was surprised, but certainly not offended, by the anger, condescension, and arrogance your attack on my article. Five years ago no one would have believed that a serious discussion about gutting Medicare and Social Security would be mainstream and widely held position of one major party. Yet here we are today having a very radical discussion. In fact, Republicans have made far-right politics mainstream views and have shifted the center of political discussion decidedly to the right. This started about thirty years ago and continues today. It is very very common to say that FCPA enforcement is aggressive and only getting more so. But in many ways, it represents a cloistered view that is somewhat backwards looking. The FCPA is a political animal. It can lose its teeth if a president decides to shift his priorities elsewhere. I just don't see one of a potential President Romney's policies being a strong FCPA enforcement. He won't say it explicitly, but he can move the enforcement regime by killing its funding (it is by the way the chief method that the ACA and Dodd-Franklin are under attack today). I think I ask interesting questions and I'd rather you address the merits of positions instead of taking pot-shots and using ad hominem attacks. As demonstrated by your expertise, you're capable of far-better. Best Regards, Rajat Soni P.S. Just because someone calls themselves a libertarian doesn't mean anything. It's about the most intellectually inconsistent label I've ever seen witnessed by the number of so-called libertarians who consistently vote to extend the Patriot Act because it's Republican party orthodoxy.