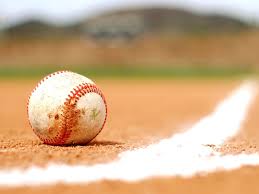 The Houston Astros announced today that are now officially a Triple-A (AAA) ball club. How do we know this? Because last night they fired their major league Manager Brad Mills and replaced him with their current (and apparently still) AAA Manager, Tony DeFrancesco. When reached for comment, Astros owner Jim Crane, fresh from his redesign of the Astros jerseys, said “We are either (a) playing AAA players or (b) playing like AAA players so I thought it would make the guys more comfortable.” [OK, I confess I made up the quote.] However, I did not make up the letter that General Manager Jeff Luhnow sent to season ticket holders last week apologizing for the terrible play of the team this year but he hopes we will all continue to buy tickets this year and next to “support the team”. No word on whether refunds will be given with all the money the Astros are saving as a AAA club playing in the National League or even that the Astros will reduce their prices to AAA rates.

As reported by the FCPA Professor last week, the Securities and Exchange Commission (SEC) announced the settlement of an action against Oracle for violations of the books and records provisions of the Foreign Corrupt Practices Act (FCPA). Unlike the Astros, who publicly announced their move to AAA status, Oracle got into FCPA hot water because its Indian subsidiary directed its distributor to set up a separate slush fund of monies which could be and were used to pay monies to persons unknown. According to the SEC Complaint, the scheme worked as follows: Oracle India would identify and work with the end user customers in selling products and services to them and negotiating the final price. However, the purchase order would be placed by the customer with Oracle India’s distributor. This distributor would then purchase the licenses and services directly from Oracle, and resell them to the customer at the higher price than had been negotiated by Oracle India. The difference between what the government end user paid the distributor and what the distributor paid Oracle typically is referred to as “margin” which the distributor generally retains as payment for its services. That description sounds like most distributor relationships but this was not what got Oracle into trouble.

As further specified in the Compliant, “certain Oracle India employees created extra margins between the end user and distributor price and directed the distributors to hold the extra margin in side funds. Oracle India’s employees made these margins large enough to ensure a side fund existed to pay third parties. “At the direction of the Oracle India employees, the distributor then made payments out of the side funds to third parties, purportedly for marketing and development expenses.” The SEC Compliant noted that “about $2.2 million in funds were improperly “parked” with the Company’s distributors.” To compound this problem, employees of Oracle India concealed the existence of this side fund from Oracle in the US and hence there was an incorrect accounting in Oracle’s books and records.

All of the above were in violation of Oracle’s internal policies, however the Compliant specified that “Oracle lacked the proper controls to prevent its employees at Oracle India from creating and misusing the parked funds” and prior to 2009 “the Company failed to audit and compare the distributor’s margin against the end user price to ensure excess margins were not being built into the pricing structure.” Oracle failed to either (1) seek transparency in its dealing with the distributor and (2) audit third party payments made by the distributors on Oracle’s behalf” both of which would have enabled the Company to check that payments were made to appropriate recipients. Indeed the scheme only came to Oracle’s attention during an unrelated “local tax inquiry to Oracle’s India distributor”. This sounds reminiscent of HP Germany where a routine Bavarian Provincial tax audit picked up the suspicious payments which lead to a FCPA investigation.

What Did They Do To Remedy It?

However, even with the above listed failures of Oracle’s compliance program, the Company did take Maxim Three of McNulty’s Maxim’s to heart: What did you do to remedy it? The Complaint indicated that the person in charge of Oracle’s Supply Chain at its Indian subsidiary resigned and left the company. An internal investigation was undertaken and four employees of the Indian subsidiary who had actual knowledge of the scheme were terminated. Additionally, “Oracle took other remedial measures to address the risk and controls related to parked funds, including: conducting additional due diligence in its partner transactions in India so that Oracle had greater transparency into end user pricing in government contracts; terminating its relationship with the distributor involved in the transactions at issue; directing its distributors not to allow the creation of side funds; requiring additional representations and warranties from distributors to include the fact that no side funds exist; and enhancing training for its partners and employees to address anti-corruption policies.”

So what does this mean for the compliance practitioner? This is the second matter, the first being the Smith and Nephew enforcement action, which focused on distributors. If your company uses this model to handle or supplement its sales channels, you should immediately review the entire process, from business purpose, to due diligence, to contract terms and post-contract management, to make sure that your company is following minimum best practices with regards to this sales mechanism. You should also put selective distributors on your company’s internal audit schedule for the next cycle.

And if you are an Astros fan…You think the Astros will reduce prices to AAA rates?

Can a Libyan Rebel Be a Foreign Governmental Official under the FCPA?

This Week in FCPA-Episode 88, the Birthday edition

International Due Diligence Investigations: Episode 1-When basic due diligence is no longer enough