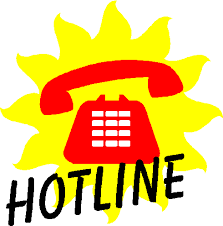 Is your hotline working for you? The Securities and Exchange (SEC) Whistleblower line certainly appears to be working according to an article in the August issue of Compliance Week Magazine, entitled “Promoting Effective Us of the Compliance Hotline” by Columnist José Tabuena. In the article, Tabuena quotes SEC Deputy Director of Enforcement George Canellos, who related at a recent conference that “What’s really clear is quality of those tips has greatly improved and that market manipulation, dishonest accounting and potential violations of the Foreign Corrupt Practices Act (FCPA) are the most popular topics of whistleblower reports.”

In his article Tabuena gave an excellent example of the power of a hotline. He wrote about the case study of a company which had not integrated its IT function into its regular compliance and ethics training programs. As such there were zero calls into the hotline by employees from the IT department. This dynamic was changed and IT was integrated into the company’s regular compliance and ethics training. Thereafter, the hotline received several calls from IT department employees where there were two major areas of complaints. The first general area was that there were conflicts of interests between IT department managers, family members who were hired and perceptions of favoritism. The second generally revolved around allegations that certain company managers were manipulating data to maximize their bonuses.

The Human Resources (HR) department led an investigation that included questioning all IT managers about their direct reports and employees of their unit. The company determined that there was only one instance of a manger hiring a family member (a brother-in-law), but that person did not report to the manager and was in a different section of the IT organization. This finding made clear that there were misperceptions in the IT department, which affected the department morale. To remedy this all IT managers received training on appropriate employment practices, communications were also delivered to all IT employees explaining policies and practices regarding the hiring of family members. Most satisfyingly, Tabuena noted that during follow-up with callers to the helpline, the callers stated that the work environment in the IT department had noticeably improved. They also expressed gratitude that their questions were answered and that their issues were addressed. The callers felt their concerns were taken seriously when they saw the communications on hiring practices and upon having discussions with managers during staff meetings. Staff retention started improving in the department.

Manipulation of Data for Bonuses

The company used the hotline to obtain more information from the callers on “isolating the metrics and the managers in question. It was determined that the bonuses of a select few IT managers were indeed influenced by a questionable data source, which was controlled by a non-manager with minimal oversight and controls. Following interviews with the key individual and review of the data file (including forensic analysis), it was determined that one IT manager had misrepresented information provided to the staff person maintaining the data. Notably, this staff person also reported to this manager. As a result, the IT manager’s bonus compensation was inflated. He was subsequently terminated.

Basic Tenets of an Effective Hotline

Tabuena provided three lessons which he felt were demonstrated in his article.

Tabuena’s article showed the power of a hotline. The company’s Compliance Department “established the credibility of the helpline as a resource to raise issues and report misconduct. The concerns regarding nepotism and conflicts of interest were taken seriously, and although the   violations were not as widespread as the calls indicated, the review went a long way to clear the air.” Equally important, the helpline proved to be a successful management tool as well. The company was able to manage potential compliance issues and improve employee morale.

Interested in learning more about continuous monitoring in compliance. Join myself and Jeff Herfenest, Director of the Berkeley Research Group for a free webinar today at 1 PM CDT entitled, “Continuous Analysis:A Real-Time Solution to Managing Fraud and Corruption Risk” . Information and registration can be found by clicking here.

Compliance into the Weeks-Episode 41, Reality Winner and Internal Controls

Board Responsibility under the FCPA – A Herculean Task?