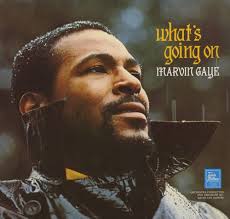 For my money, the greatest R&B single ever was Marvin Gaye’s 1971 smash hit “What’s Going On?” While I knew that Gaye, who died in 1984, had been posthumously inducted to the Rock and Roll Hall of Fame in 1987; I did not know that he had a a three-octave vocal range or that he  was ranked at number 6 on Rolling Stone’s list of the Greatest Singers of All Time. Gaye also ranked high on music magazines’ lists, ranking at number 18 on the 100 Greatest Artists of All Time on the  music magazine, Rolling Stone and he ranked number 20 on VH-1’s list of 100 Greatest Artists of All Time. See if you want to hear some of the most beautiful and heartfelt singing, head over to YouTube for a clip of Gaye belting out the classic.

I thought about the song’s title recently as over the past couple of weeks there have been some interesting articles appearing in interviews, reports and a London court ruling which raise some difficult questions as to just what may be going on at the UK Serious Fraud Office (SFO) regarding its enforcement of the UK Bribery Act and the ongoing ability of the SFO to bring enforcement actions for those companies which engage in bribery or otherwise violate the Bribery Act.

The Interview and Questions on Enforcement of Corporate Hospitality Requirements

It all began with an interview, given by David Green, Director of the SFO, to the Daily Mail on September 2. As reported in thebriberyact.com, Director Green said the following:

‘We are not interested in that sort of case. We are interested in hearing that a large company has mysteriously come second in bidding for a big contract. The sort of bribery we would be investigating would not be tickets to Wimbledon or bottles of champagne. We are not the “serious champagne office”.’

The briberyact.com guys, Barry Vitou and Richard Kovalevsky Q.C., made clear their feelings on this statement by Director Green when they said “Hopefully the latest comments from the new SFO Director will kill off some of the scaremongering that has gone before among the media and some legal advisers.” The Bribery Act and its corporate hospitality requirements are “not rocket science.” They believe that   “Companies should put in place proper procedures to deal with corporate hospitality in line with SFO guidance. Broadly speaking, “this means companies should think about their corporate hospitality process, and pick a number above which approval is required. If you want you can pick some more numbers above which a higher level of approval is required.”

The Briberyact.com guys do not believe that the “SFO is unlikely to be bringing a stand alone Bribery Act prosecution over corporate hospitality.” They also believe that the key in justifying your actions with gifts and entertainment “is to be able to justify why you picked approval thresholds and that the policy is actually followed. Both should be well documented.” In other words, you should have a policy, follow that policy and then document whatever decisions that you make under your policy.

However, a contrary position was taken by Alexandra Wrage, President of Trace International, who wrote in a blog post in CorporateCounsel.com, entitled “When Governments Undermine Antibribery Compliance Efforts”. Wrage asked the following question regarding Director Green’s advice on corporate hospitality, “So where does Green’s advice leave in-house compliance officers?” She went on to state that she believed such advice left compliance practitioners “arguing for frugality in the face of a restrictive law that the SFO has announced it isn’t too bothered about enforcing. There are few U.S. compliance departments that would deem a day at Wimbledon as “reasonable” hospitality. In the U.S., the argument is: this is permitted, as long as we’re reasonable. The argument for companies with operations in the U.K. must be: this is not permitted under the law, but the SFO, at least for now, will not investigate such matters.” She ended her piece with the following, “It is difficult enough to guide a company through the morass of antibribery compliance when the threat of enforcement is real and management is focused not only on the ethics of the situation, but also legal risk. It is indeed more difficult when the enforcement agency itself makes light of the chances of prosecution and trivializes the very decisions with which compliance departments struggle. The UK Bribery Act may offer the clarity compliance officers have long hoped for, but it raises a new question for companies with U.K. operations that may be more challenging than the last: When do boundaries really matter to the SFO and, in turn, to employees?”

On September 6, Transparency International (TI) published its 8th annual progress report on OECD Convention enforcement, entitled “Exporting Corruption”. The OECD Convention on Combating Bribery of Foreign Public Officials in International Business Transactions, adopted in 1997, requires each signatory country, of which the United Kingdom is a member, to make foreign bribery a crime. TI believes that such laws are a key instrument for curbing the export of corruption globally because the 39 signatory countries are responsible for two-thirds of world exports and three-quarters of foreign investment. The OECD Working Group on Bribery conducts a follow-up monitoring program which reviews the parties’ implementation of the Convention’s provisions. Nine to ten country reviews are issued each year. This 8th annual progress report represents an independent assessment of the status of OECD Convention enforcement, based on reports from our national chapters in 37 OECD Convention countries (excluding Iceland and Russia). Countries are classified in four enforcement categories this year: Active, Moderate, Little and No enforcement.

TI opined in its report that “The UK Government must strengthen its anti-bribery effort by ensuring that the Serious Fraud Office (SFO) has adequate resources to investigate and prosecute bribery”. Although IT noted that under the Bribery Act, prosecutions had increased over the past year, “cutbacks to the SFO could see a decline in future UK enforcement. The Government has cut more than a third of the SFO’s budget in the last four years, hampering the prosecutor’s ability to tackle complex and damaging bribery cases.” Chandu Krishnan, Executive Director of Transparency International UK, was quoted in a Press Release as stating, “If the Government is serious about fighting corruption, it should not be cutting resources for enforcing the legislation designed to do just that. We must ensure that the SFO is not outgunned by those it should be prosecuting, who incidentally can usually afford the best legal advice available. The SFO should never be in a position where it is unable to investigate and prosecute cases due to a lack of resources.”

The Court Finding – Bribery as a (legal) way of doing business?

As reported in a Bloomberg.com post by Leonid Bershidsky, entitled “Russian Graft Goes Legit in London”, a London court recently found that influence-peddling in Russia is an “internationally recognized business arrangement.” In a recent decision, London’s Commercial Court found that the legal Russian concept of “krysha” where a “powerful person, often a government or law-enforcement official, who defends their interests and protects them from predators in return for a piece of the action” can be enforced in a English civil court. Bershidsky wrote that “Flimsy as the arrangement sounds, it’s how business is still often done in Russia when the help of a government official or facilitator is needed. I have personally seen such schemes in action. A private businessman, who is to all intents and purposes the owner of a business, takes on a raking bureaucrat as a silent and undocumented partner. The bureaucrat is not allowed to own his stake officially. He relies on his influence to guarantee that the businessman won’t ignore the arrangement.”

The plaintiff had sought to enforce a “krysha” arrangement where there was no written contract. The Court did not hold that such payments were bribes, corruption or otherwise illegal, but instead held there was not sufficient evidence of a binding contract. The invidious of this arrangement is clear in that money is being paid for ‘influence’ and such payments are kept “off-books” via an undeclared ownership structure. In other words, about as many Red Flags as you can get. If such arrangements are legal in Russia, why are they not anywhere else in the world?

All of the above may leave many compliance practitioners scratching their heads and wondering what is going on in the UK. Hopefully there will be some clarity, for the better, in the coming months.

Countdown to 500 – Jonathan Armstrong on the UKBA, GDPR and Modern Slavery

The UKBA might be one of the most stringent pieces of Anti-Corruption legislation in Europe but it amounts to nought if its all bark and no bite.

Thomas, Mr Green's comment is precisely as helpful as the original Guidance issued in march 2011. That is, not at all. Prosecutorial discretion remains the sole refuge of officials trying desperately to explain away some of the worst parts of the Bribery Act. Alexandra Wrage is correct in calling out Mr Green. With the high turnover of senior people at the SFO, all but Richard Alderman finding new homes in the private bar, the risk is high that prosecutors will choose to use the several questionable aspects of the Bribery Act to generate further demand for invitations to the private sector. It seems a fair conclusion that the SFO is in this respect comparable to the US Department of Justice and Enforcement Division of the SEC - that is a launching platform for prosecutors to do what comes naturally - push the law, make a reputation and move on. While this practice has been honored in the US for decades, the Dunkirk-like evacuation of the SFO appears to be a new phenomenon. Those who have left include Keith McCarthy, Vivian Robinson QC, Kathleen Harris, Charlie Montieth, Robert Wardle, Robert Amaee, Helen Garlick, and Kwadjo Adjepong, This is completely normal behavior which is only encouraged by the worst aspects of the Bribery Act. Valiant indeed will be the defendants who are wiling to challenge a criminal prosecution on the basis of Mr Green's comments or the similarly unhelpful statements of others in SFO leadership positions or of the so-called "Guidance."