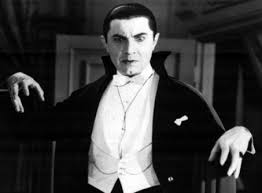 I always enjoy the month of October leading up to Halloween. It is not because I particularly enjoy Halloween, dressing up in costume or even Trick or Treating; no I absolutely love the classic horror films from the 1930s and 1940s. As there is not yet a Classic Horror cable channel, the month of October is usually the only month the genre is presented on TMC. So I record and re-watch them with joy all month long. My favorite of such movies are the Universal classics from the 30s and 40s; Dracula, Frankenstein, the Wolf Man and the Mummy. So between now and Halloween I will write a series of posts tying these beloved old classics as introductions into some ongoing issues of compliance and ethics.

Today we start with the first of the Universal classic movie monsters, Dracula. I could probably write several posts on the Count and his portrayal by Bela Lugosi in 1931 but I will just mention three things. First, the production values set an atmosphere that was both terrifying and compelling. The second was the performance of the leading man, Bela Lugosi, a Hungarian actor who spoke broken English at best, his delivery was perfect when he first intoned, “I am Dracula.” Finally, and here is the compliance angle, the work of Professor Van Helsig to prevent, detect and finally remedy Count Dracula before he managed to do in England what he had accomplished in Transylvania.

I thought about how a bad situation could be faced when reading an unattributed ‘news analysis’ in the October 11 edition of the Financial Times (FT), entitled “Goldman braced for more revelations”. (I assuredly did not think of Goldman as a blood-sucking vampire so please understand that is not the analogy in this post.) The article was about Gregg Smith, the former Goldman Sachs employee who resigned in very public manner last March and penned an Op-Ed piece in the New York Times (NYT) entitled “Why I am Leaving Goldman Sachs.”As noted in the FT article, Smith’s piece “made headlines around the world and sent shockwaves through the investment bank.” Apparently Goldman Sachs is now on edge because Smith is coming out with follow up book which will be released sometime this fall.

The FT listed several of the reactions by Goldman Sachs as an institution and by individual employees. One banker was quoted as saying “It feels like a drive-by shooting for people here.” Another quote was that “People feel really betrayed.” In no doubt an attempt to “Swift Boat” Smith, others said that either (1) he never raised any of the concerns to management that he stated in his NYT piece or (2) he was just disgruntled because he did not get the big bucks that he thought he was entitled to receive.

One thing that Goldman Sachs has not talked about is whether they have engaged in the Paul McNulty trichotomy: What did you do to prevent it? What did you do to detect it? And finally, What did you do when you found out about it? I hope that Goldman Sachs has been doing a serious risk assessment of the claims made by Smith in his March NYT Op-Ed piece. The recent Pfizer Deferred Prosecution Agreement (DPA) laid out a program for a very detailed plan for a risk-based program of annual proactive anti-corruption reviews of high-risk markets. Pfizer will assess at least five markets which are at high risk for corruption because of the business and location. The specifics for each visit will be a useful guide for the compliance practitioner to compare with similar work done by his compliance group. It includes (a) On-site visits by a Foreign Corrupt Practices (FCPA) review team comprised of qualified personnel from the Compliance, Audit and Legal functions who have received FCPA and anti-corruption training; (b) Review of a representative sample, appropriately adjusted for the risks of the market, of contracts with, and payments, to individual foreign government officials or health care providers, as well as other high-risk transactions in the market; (c) Creation of action plans resulting from issues identified during the proactive reviews; these action plans will be shared with appropriate senior management and should contain mandatory remedial steps designed to enhance anti-corruption compliance, repair process weaknesses, and deter violations; and (d) a review of the books and records of a sample of distributors which, in the view of the FCPA proactive review team, may present corruption risk.

The FT piece concluded that Smith’s book is scheduled to be published in “a dozen days” and “there is a nervous air of anticipation at the bank’s New York equities floor.” In the movie version of Dracula, Professor Van Helsing detected that Count Dracula was indeed a vampire and worked to remedy the situation. I can only hope Goldman Sachs has worked to assess the risks they faced based upon the claims brought up by Greg Smith in his NYT Op-Ed piece.

Compliance and Coronavirus-Fry Wernick on Communications Risks After Covid-19

What’s the Message from BizJet? Self-Disclose and Cooperate